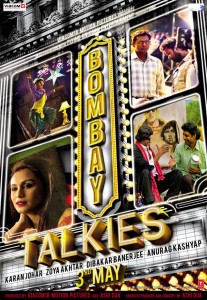 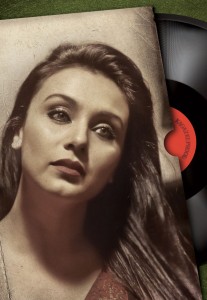 The Gala screening of “Bombay Talkies” at Festival de Cannes 2013 on May 19th officially markED one hundred of Indian cinema during the most prestigious film festival in the World. The film, co-produced by Viacom18 Motion Pictures and Flying Unicorn Entertainment, has been directed by four India’s leading filmmakers: Karan Johar, Anurag Kashyap, Zoya Akhtar and Dibakar Banerjee.

The “Bombay Talkies” anthology film commemorates 100 years of Indian Cinema and showcases the array of emotions through which millions of fans across this vast country are unanimously connected. The movie features four stories told by India’s finest young filmmakers and was released on May 3 in India. Rani Mukerji, Nawazuddin Siddiqui, Randeep Hooda and Saqib Saleem are starring in the film, including cameos by Amitabh Bachchan and Katrina Kaif. Karan Johar who has been known for his larger-than-life cinema commented being: “Extremely honoured that our omnibus endeavour has been officially selected at Cannes…. Can’t wait to walk the red carpet with Dibakar, Anurag and Zoya”. Zoya Akhtar, who has never been to Cannes, said: “I always felt if I go there, it should be with a film. Things worked out even better as it’s not just a film, but I also live that with three friends Karan, Dibakar and Anurag.” Dibakar Banerjee said in turn that he was: “Thrilled to be representing Indian cinema and walk the Red Carpet following Karan, Zoya and Anurag leading the way!” Anurag, the only director of the quartet, who was first at the Festival de Cannes in 2011, said: “I am so happy our film is screening at Cannes. Happy to be back there.” When announcing the film’s selection at Festival de Cannes 2013, Flying Unicorn Entertainment’s Ashi Dua, co-producer of the film, said, “Our film Bombay Talkies has made it to one of the most prestigious film Festivals – Cannes. I am extremely happy that the film has received such an overwhelming response internationally. This means many more people across the globe will be celebrating 100 years of Indian cinema with us”
Viacom 18 Motion Pictures is playing big games at the Cannes Film Festival 2013 for a second year in a row. In 2012, the film company stormed its way in with Anurag Kashyap’s critically acclaimed and much loved ‘Gangs of Wasseypur’ becoming the talking point of the Festival.

A large delegation from the Indian film industry came to Cannes to celebrate the one hundred years since the birth of cinema in India, a country with a prestigious history and tradition and one of the most important countries in the world of cinema.