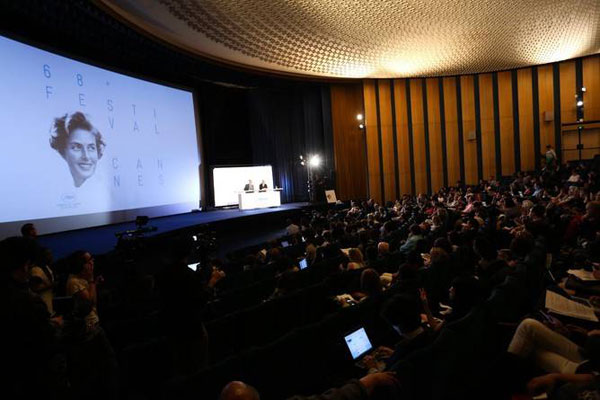 The Festival de Cannes 2015 selection of films in the different selections was unveiled by the new President Pierre Lescure and Thierry Frémaux on April 16, 2015 in Paris on the Champs-Elysées.

Seventeen films are competing for the Palme d’Or, but the first list might be completed by the end of April. Festival regulars like Nanni Moretti, Gus Van Sant and Jia Zhang-ke are selected, but, as usual, some “new kids” will walk the Red Carpet.

Honneur aux femmes seems to be the motto favored by the very new President Pierre Lescure, successor of Gilles Jacob, when printing his mark on the 68th Cinema High Mass in Cannes. After Ingrid Bergmann featuring on the official poster, a female director, Emmanuelle Bercot will open the Festival with La Tête Haute. After Diane Kurys, with Un homme amoureux in 1987, she is the second woman to open the Festival de Cannes. Two female director are competing as well, Maïwenn and Valérie Donzelli.

Opening Film (Out of Competition)

Prix du Jury in 1997 for her short film Les Vacances. As an actress, she was in Cannes with La Classe de Neige by Claude Miller (1998) and Maiwenn‘s Polisse (2011).
The highs and lows experienced by a boy from 6 to 18 years, that a juvenile judge and an educator are trying to save almost despite himself.

First selection in a large Festival.
An unemployed worker in his fifties finds a job as a security guard in a supermarket where he is asked to spy on his colleagues.

Opening of La Semaine de la Critique in 2011 with La Guerre Est Déclarée – First selection in Competition
Under the reign of Henri IV in France, Marguerite and her brother, separated by their parents, come together. Marguerite who was forced to marry a 32 years older man, flee with him to live a fusional relationship.

Grand prix du jury in 2008 with Gomorra
Witches and fairies, fearsome monsters, ogre, king and queen in the film are freely inspired from Lo Cunto de li Cunti by Giambattista Basile, Neapolitan author of the seventeenth century, a precursor of fairy literature.

Best artistic contribution for Velvet Goldmine in1998.
Adaptation of Patricia Highsmith‘s short story, Carol. On Christmas Eve, a sophisticated, rich and married woman meets a charming and spontaneous salesgirl in a shop. They will depart for an improvised trip in the heart of America during which they will fall madly in love.

Prix du Jury in 1993 with The Puppetmaster
The film is inspired from an 8th-century legend of a girl kidnapped by nuns who becomes a killer. As an adult woman she uses her martial arts skills but she wants to hang up.

Best screenplay with A Touch of Sin in 2013
The film, set in three time periods, talks about the evolution of the Chinese society. It begins in the 1990s, following a young couple in love, to end with the woman’s son exiled in Australia in 2025. 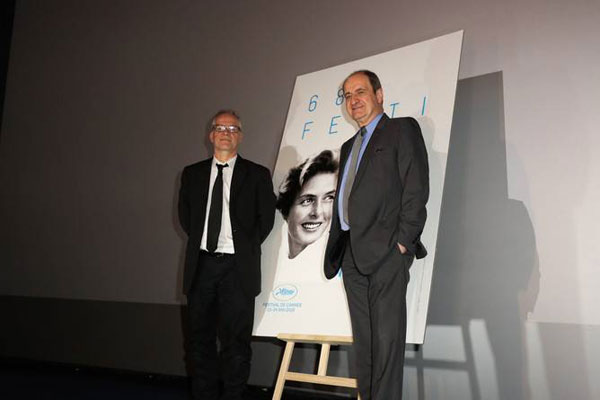 Prix du Jury in 2013 with Like Father, Like Son
Adaptation of a manga by Akimi Yoshida. The film tells the story of a 13 year old girl who, following the death of her father, goes to live with her three half-sisters she has never met before the burial.

First selection in Competition. Semaine de la Critique selection with Snowtown Crimes in 2010
William Shakespeare‘s drama in scenic medieval Scotland: a warrior and charismatic army chief, war-damaged Macbeth tries to forge a new relationship with her beloved wife while grappling with the forces of desire and ambition.

First selection in the Competition
A science-fiction film depicting a near future where single people are obliged to find a matching mate within 45 days or are transformed into animals and sent off into the woods.

Prix du Jury for Polisse in 2011
The story of Tony’s destructive passion for a magnetic and harmful crook seducer, that is slowly consuming her.

Palme d’Or in 2001 with The Son’s Room
A film on the Cinema: a female director, Margherita, is shooting a film telling the clash between the workers of a factory and the new American ownership that promises cuts and layoffs.

First film
As member of Sonderkommando in the horror of Auschwitz in 1944, a prisoner – Saul – is forced to burn the corpses of his own people. He want to save from the flames the body of a boy he takes for his son and tries to fin a rabbi to bury him.

Prix du Jury with Il divo in 2008
Two old friends, a director and a composer, retired in a palace at the foot of the Alps, enjoy the quiet and the grandiose setting of the place to take stock of their lives. The first is writing his last script and the second comes back to music at the invitation of a fan.

First selection the the Competition
Family drama thriller about a war photographer killed in a car accident. The film offers different perspectives of family members who finds himself in a retrospective of his work, and discovers a secret emerged from the past.

Palme d’Or in 2003 for Elephant
Two suicidal men, one American and one Japanese, meet in the Japanese Aokigahara forest. Its density earned this 35 km2 forest at the base of Mount Fuji the name of Jukai (Sea Of Trees) and is one of the place on earth where most people commit suicide. Instead of killing themselves, the duo embarks on a journey of initiation through this forest.

First selection the the Competition
The film describes a covert military operation on the border between the US and Mexico, involving a female member of the FBI facing a giant drug cartel. 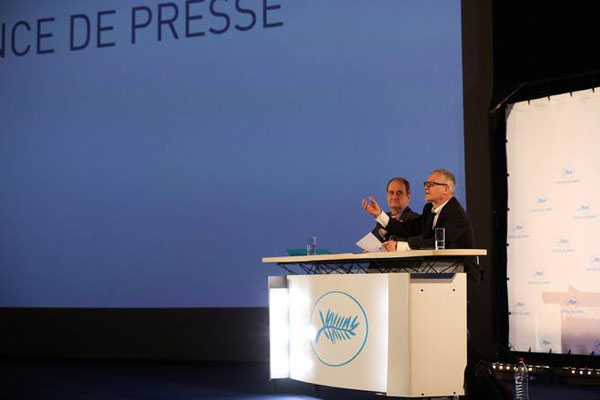 Prize Un Certain Regard in 2012 with Despues de Lucia
A nurse works with terminally ill patients and establishes with them a deep intimacy that goes beyond health care. Does he need the patients more than they need him?

The father and mother of a young man who died six months ago, are waiting for their son in “the Death Valley”, in the heart of the United States, where he gave them an appointment in a letter sent before his death. 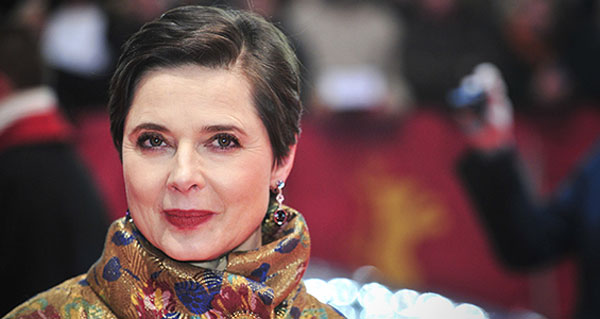 The Italian-American actress and director Isabella Rossellini is to preside the Un Certain Regard Jury. During the Festival de Cannes, she will take part in the tribute to her mother, Ingrid Bergman, by attending the screening of a documentary by Stig Björkman: Ingrid Bergman, in Her Own Words‏, screened at Cannes Classics.
The Jury, made up of artists, journalists and festival directors, will award the Un Certain Regard Prize.