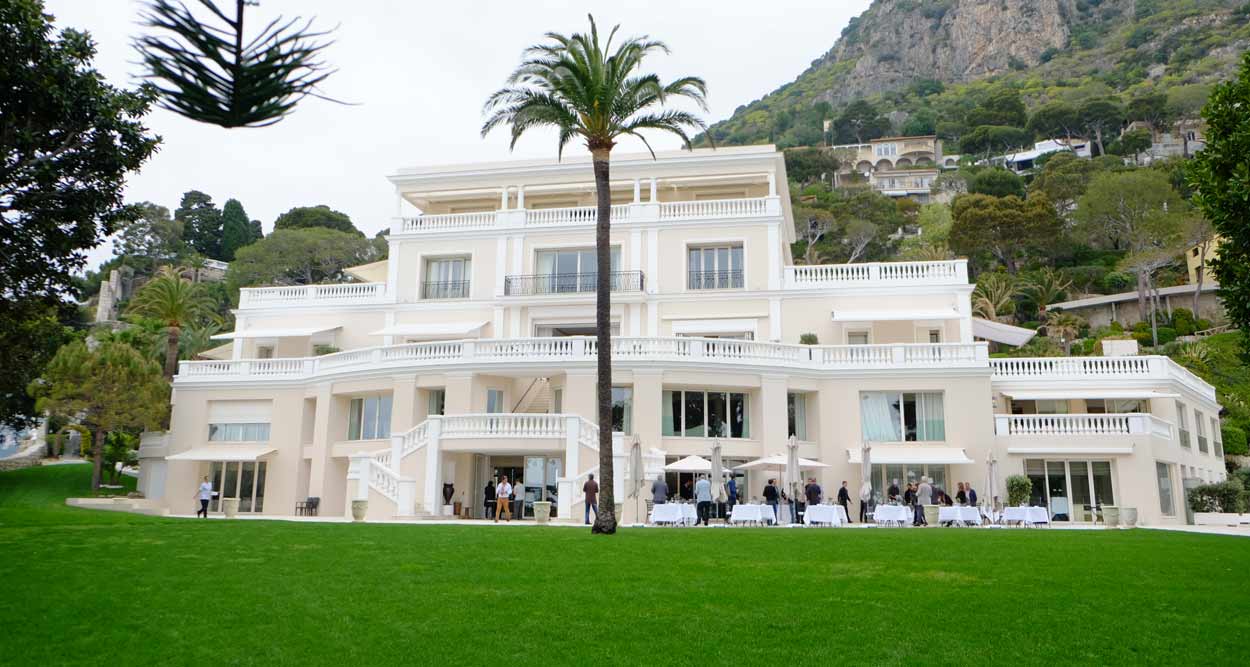 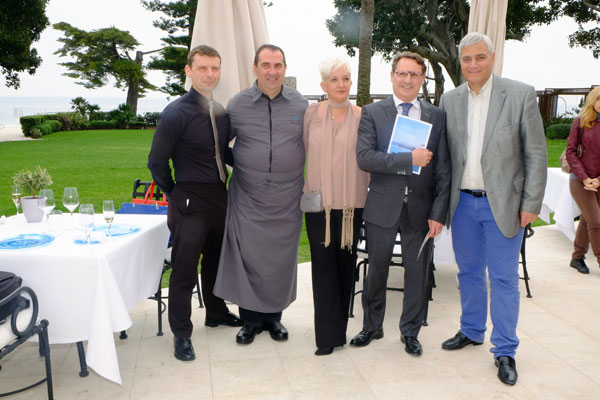 La Table De Patrick Raingeard and the sublime 5-Star Hotel Cap Estel were again consecrated by the Michelin guide which renewed its star.

Located on a private 2-hectares peninsula, lapped by the Mediterranean in Eze, a couple of miles from Monaco, one of the most spectacular properties of the French Riviera is a confidential haven for world leaders. The prestigious 5-star Hotel Cap Estel offers a unique refined atmosphere on the French Riviera and La Table de Patrick Raingeard complete the enchantment of the place.

28 rooms and suites with unparalleled comfort, a private beach, a sauna with steam room, a fitness club, a park – true balcony above the waves – and a patio in the shade of a centennial ficus where you may enjoy your lunch, all contribute to an atmosphere tinted of understated luxury and create an oasis serenity. For its 2015 season, the Cap Estel was revamped with a new cozy and modern decor: soft color combining beige and black for the restaurant, the new private lounge and two of the suites. Art works exhibited around the lounges harmoniously add an artistic touch. 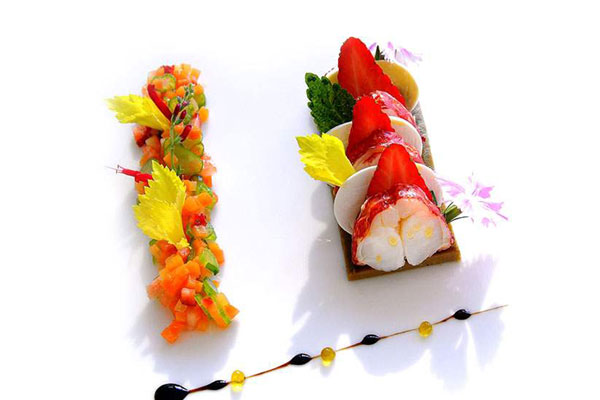 If today the luxury 5-star hotel is one of the most sought after destination of the French Riviera by chic and wealthy clients from around the world, it is also for its gastronomic restaurant and the talented chef Patrick Raingeard. The famous Guide Michelin, the bible of gourmets around the world, welcomes its contemporary and tasty cuisine by renewing its star. 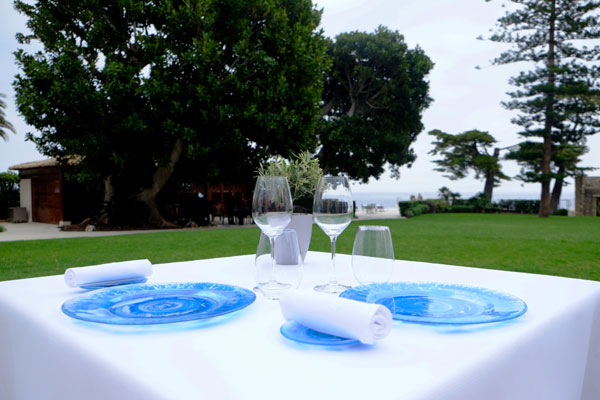 The extraordinary hotel has a terraced garden where Patrick Raingeard, passionate about gardening and good products, grows fresh tomatoes scented with marine iodine, forgotten vegetables and herbs, picked up the very morning. The gourmet languorously enjoys this fresh and light Mediterranean cuisine in beautiful plates colored with the azure sky, comfortably installed in beautiful wrought iron chairs on the beautiful terrace warmed by the southern sunshine. The beautiful view on the turquoise infinity pool gives the illusion that the azure Mediterranean and the sky blend.

Pending the full season, the chef Patrick Raingeard gives you an appointment in the cozy and modern starred restaurant for weekday lunch menu at 42 euros with a choice of starter/dish or dish/dessert (excluding drinks). This menu “En Toute Simplicité” changes daily according to the market and Chef’s inspiration. He offers a tasty and contemporary cuisine, rich in seafood and local products, and whose only guiding principle is the respect for the product he perfectly sublimates. 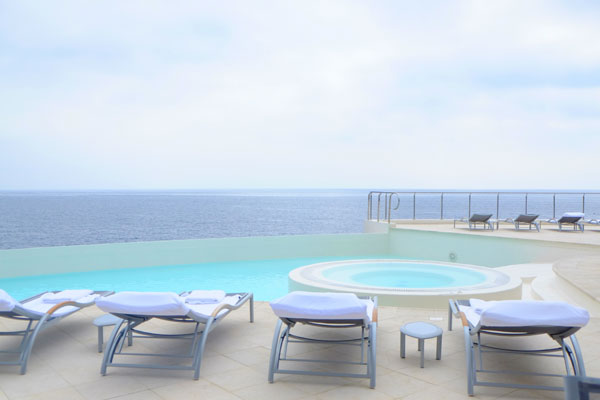 Technique and high quality products are the hallmarks of the talented and creative chef who made his mark in this sumptuous villa “pieds dans l’eau”, languidly livened by jazz notes on some nights, where you can enjoying a French Charolais Beef Fillet Roasted with “Los Boldos” wine or the Milk Lamb from the Alpilles “en plusieurs cuissons”. The generous Provence and the unique flavor of its products is found in the Tomato Confit Candies with Sweet Garlic and the delicious desserts like Maracuja in “flash of light” and Saffron from Sospel, in a both classic and personal way, what makes the signature of a great chef like Patrick Raingeard.
As for wines, the cellar is full of beautiful selections from the best vineyards in France and offers some nice “trouvailles” from Provence. 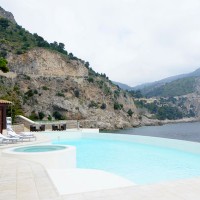 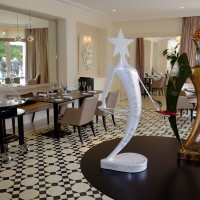 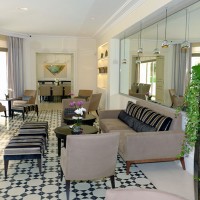 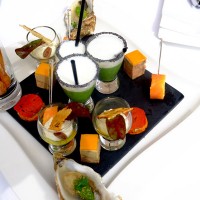 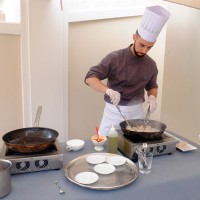 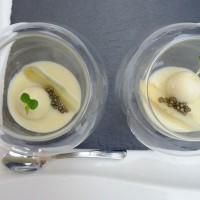 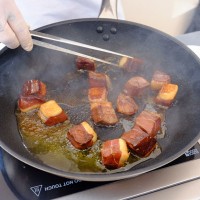 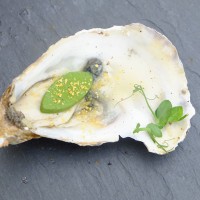 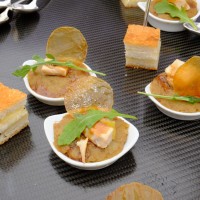 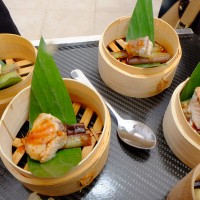 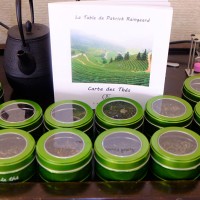 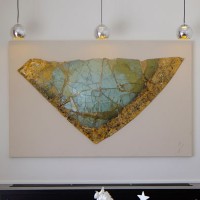 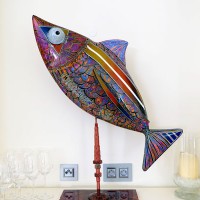 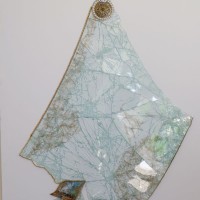