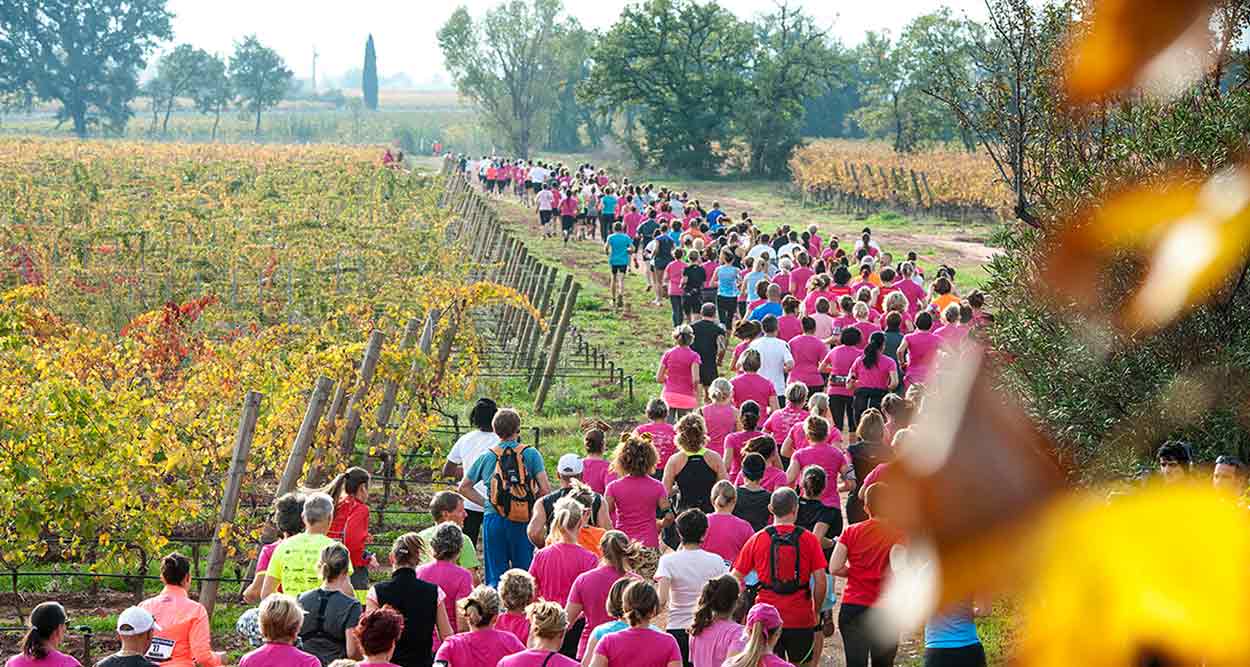 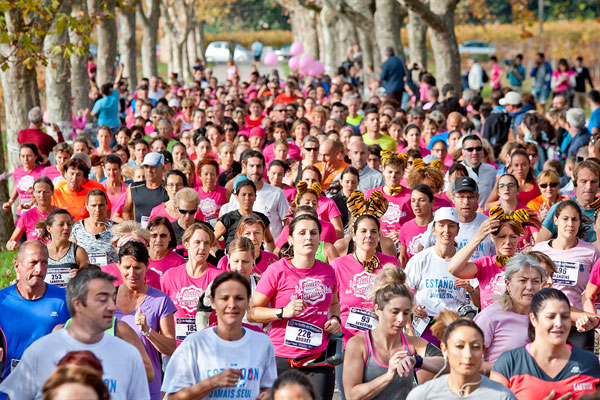 The Foulée des Demoiselles is a pedestrian race and walk dedicated to women, organized for the benefit of awareness and fight against women’s cancers.
On Sunday, May 22, 2016, the sport event will take some 1,200 beginners or seasoned sportswomen, alone, with friends or colleagues, in couple or family, in a Nature décor with vineyards, trails and forest, to explore the breathtaking scenery of one of the most gorgeous vineyard in the Var: the Château des Demoiselles, in La Motte en Provence, at the foot of the red hills of the Rocher de Roquebrune. 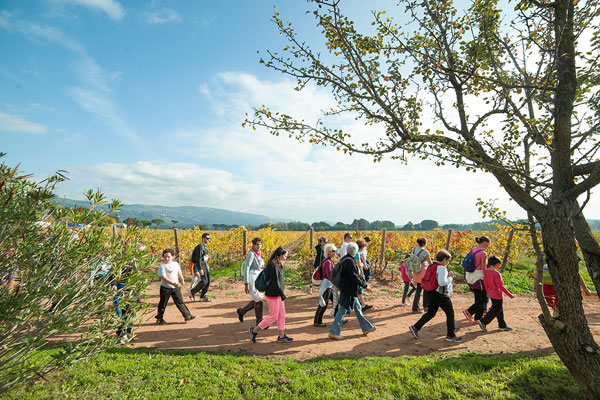 Raise funds to support the research

Since its creation in 2000, the organization ATHL’éthique educates all actors in sport – athletes of all ages, levels and disciplines, sports organizers or mere consumers of sports goods – about sustainable development in sport.
Raising awareness about regular exercise combined with a healthy and appropriate diet and the use of natural medicines is in the heart of the approach of the association, chaired by Grégory Catus, who raises funds to support local actions or research or support women affected by the disease.
Already organizers of the Trail Nocturne des Lucioles in Roquebrune sur Argens (83) and the Trail du Cousson Les Routes du Temps in Digne-les-Bains (04), ATHL’étique offers an event closely linking conviviality, sport and health in a beautiful natural environment, both disciplined and wild. 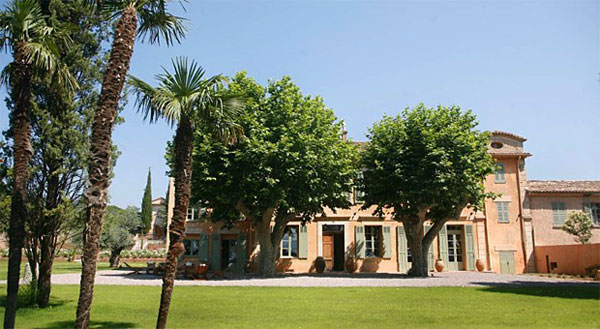 A majestic country house dating from 1830

Located in La Motte in Provence in the heart of the Var, between Saint Tropez and the Gorges du Verdon, the Château des Demoiselles is a luxury property that belonged to the Grimaldi family, ancesters of the Princes of Monaco from 1700 to 1882. What could be more natural given that the property takes its name from the “Demoiselles de Provence”, the 4 daughters of Raymond Berenger, the last Count of Provence and Toulouse in the early 13th century, who all were crowned queens.
Aurélie Bertin, the owner, also owns the famous Chateau Sainte Roseline (Cru – AOP Côtes de Provence) and manages to imbue a touch of femininity and modernity in the domain while maintaining its typical Provencal, friendly and warm character. On the vineyard is built a chapel in the name of Saint Michel.
The majestic country house dating from 1830 also offers 5 guest rooms and a family suite with refined decoration. This charm house boasts a beautiful park of 4500 m2, planted with olive trees, roses and Mediterranean plants for a nice relaxing time after the Foulée des Demoiselles. 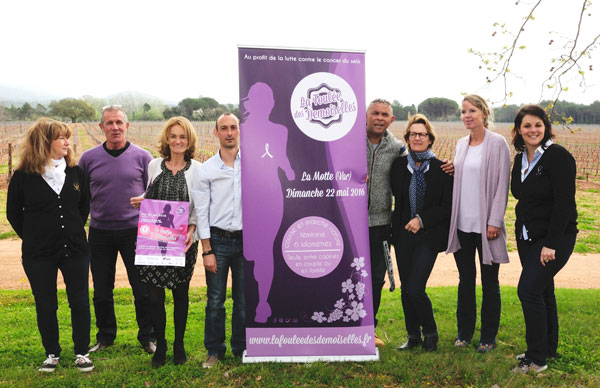 Six kilometers in the middle of nature

The Foulée des Demoiselles is run – or walked – on a unique course of six kilometers in nature, entirely drawn on the Chateau des Demoiselles domain, among vineyards and Mediterranean forest. Accessible to the greatest number of people, the race also offers sporting and festive activities: collective warm-up, introduction to zumba, music, Food trucks, sports coaching and services such as: nursery, welcome bag, cosmetics welcome gifts, personalized bibs, vintage t-shirts, “privilege” shopping card.
The event offers two formulas: timed pedestrian race (included in the calendar of the French Athletics Federation) or “free style” (jogging, Nordic walking or hiking) at the participants’ free choice.
Two challenges are available on the timed race: a challenge “generation”, rewarding multigenerational teams (mothers/daughters or grandmother/mother/daughter) and a challenge “dream team” to represent one’s company, association, sports gym or trainer…
A challenge of the number also reward the most represented team (company, association…) for all races, racing and free style. 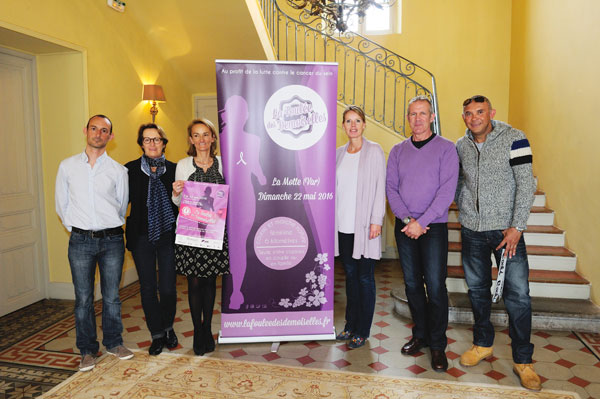 The emphasis is on sharing

To symbolize the support that men can bring to the fight of women affected by the disease, the men – who can not participate alone – are allowed to participate, but only alongside a female participant. The Foulée des Demoiselles’s principal emphasis is on sharing and raising funds to support actions related to research or support for women living with cancer. For this, € 2 per participant will be donated to one or more recognized local associations such as the dracénoise association “Au sein de la rémission”.
Cancer is the leading cause of death among women in France. Early detection and research have reduced the mortality risk from 25% to 50% today. Breast cancer is the most common cancer among women with nearly 55,000 estimated new cases in 2015, affecting one in eight women during their lives. Hence the importance of detection and support during treatment and remission. 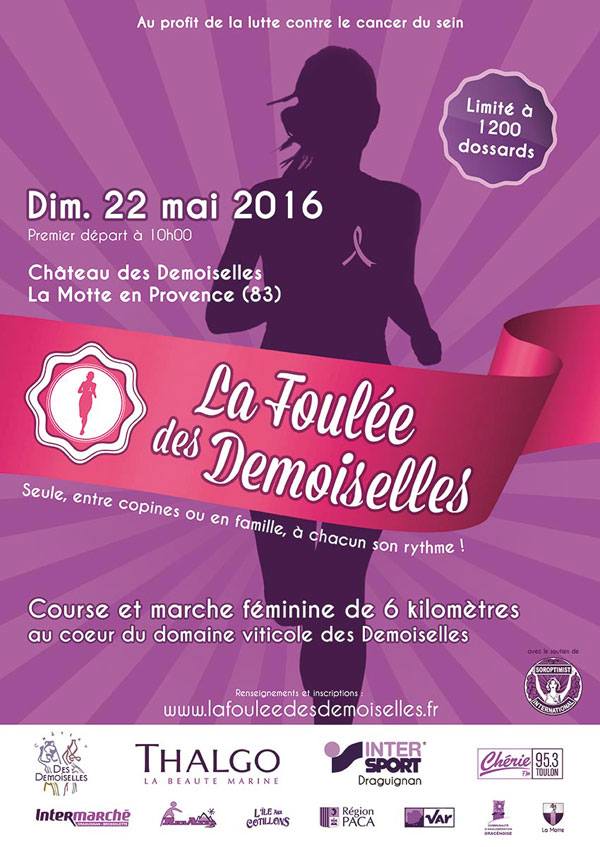