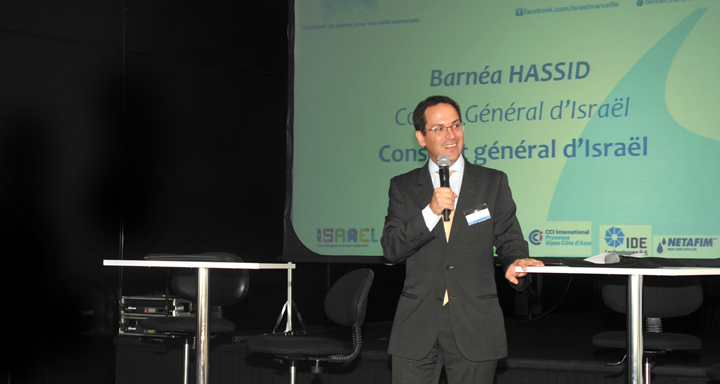 France and Israel Cooperation On Water

Born in need, the state of Israel had to face alone many vital issues. Since immemorial time, water is a key issue for Israel, which, in response, has taken measures to promote technology, ecology and innovation. On September 30, 2013 at the palais des Festivals in Cannes, the conference on Water was attended by Israelis and French for exchanges about new water technologies.

Barnea Hassid, Israeli Consul in Marseilles said: “In Israel, every drop of water is used at 100 % of its efficiency, and even reused several times.” As a prelude to the international fair “WATEC Israel 2013” on water technology and renewable energy, which will be held from October 22 to 24, 2013 in Tel Aviv, the Israeli Consulate in Marseille organized a meeting on the theme of water technologies and protection of environment in partnership with the Palais des Festivals in Cannes, the Ea éco-entreprises Association and the Provence-Alpes-Côte d’Azur Chamber of Commerce and Industry.
These interviews were conducted in the presence of the Consul General of Israel, Mr. Barnea Hassid, Mr. David Lisnard, first Deputy to the Mayor of Cannes and Chairman of SICASIL (managing water in Cannes basin), Mr. ‪‪Olivier‬‬ ‪‪Depraz, CEO of ImaGeau,‬‬ Ms. Anne Lechaczynski, CCI International, Ms Christelle Maffre, International Manager of Ea éco-entreprises and of the company Altero, surrounded by many Israeli and French professionals in the water domain.
The State of Israel has been facing for many years a water stress. Very early, the issue of water resources has arisen and the country had to realize that water was a critical resource. In addition, the demographic context, the increasing consumption, the increasing standard of living and the depletion of natural water pushed Israeli national authorities to develop innovative technologies to meet the challenge.
After years of research, the Israeli market is a pioneer in the field of new technologies and the ability to know how to manage water in a desert environment. With an export volume in the water sector which doubled between 2006 and 2009 in Israel, the country now has nearly 200 companies using a variety of technologies. Israel ranks as a world expert in the field of desalination, water treatment and recycling, safe water and agricultural water consumption by drip irrigation, a unique Israeli innovation.
The cooperation day has included lectures by leading Israeli and French key names of the water sector as IDE Technologies or Netafim, planned in advance and targeted individual interviews with Israeli companies, a desalination workshop, a wastewaters treatment workshop, a management and water security workshop and an “Israel workshop” with market players.
France-Israel meeting about water sector have focused on cutting-edge solutions to the challenges of water: desalination of sea water, optimizing resource management (water reuse), development of trade with neighbors (training, joint projects in the direction of peace with neighboring countries).
The “drip” irrigation technique is a revolutionary method of irrigation developed especially by the company Netafim. This technique allows to slowly supply, in a balanced way, water into the ground, at the plants roots level. A common method in arid that consumes little water and fertilizer. Water flows slowly to the roots of plants. Drip eliminates all water losses generated by the traditional irrigation systems and spray: effects of evaporation, runoff, wind… In addition, dripping operates at low pressure and therefore requires little energy.
The Watec fair is one of the largest and important event of water industries, renewable energy and the environment with 270 exhibitors, 27,000 visitors from 104 different countries. In past editions, 150 official delegations, including 40 ministers and deputy ministers, visited the exhibition: 18% from Asia, 38 % from Europe, 10% from Africa, 13 % from North and Central America, 17 % from Latin America and 4% from Oceania. 2950 people participated in conferences and professional seminars, taught by 125 world-renowned speakers including 37 from abroad.
Bringing together Israeli and international businessmen, policy makers and leading researchers, WATEC 2013 is also a showroom for the most advanced worldwide technology and solutions. 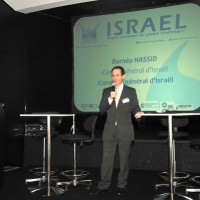 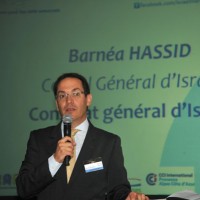 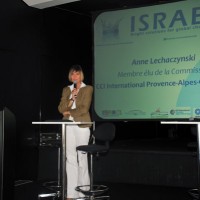 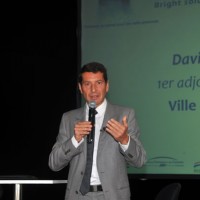 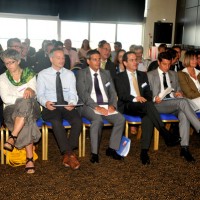 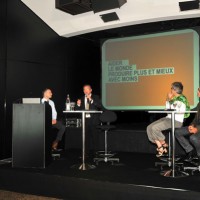 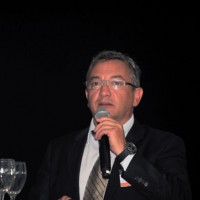 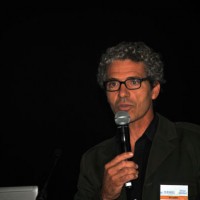 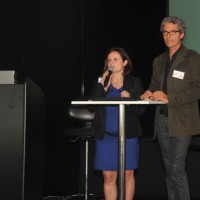 France and Israel Cooperation On Water was last modified: October 8th, 2013 by tamel