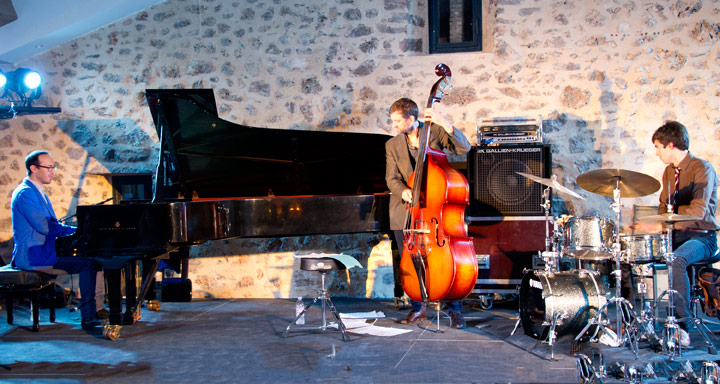 On the borders of Provence Verte, Chateau Mentone, a large vineyard in Saint-Antonin du Var in the heart of 170 acres of forests, vines, lavender and olive trees, had his guests discover on September 30 its new Cuvée Excellence 2009 in a jazzy mood on a unique evening around a Jazz’n Mentone dinner concert with the Yaron Herman trio.

Marie- Pierre Caille, owner since 2003, was the host of this exceptional culture, gastonomy and œnology event. The gorgeous, large hall of Chateau Mentone, dressed in stones with exposed beams, opens onto a terrace with a panoramic view over the vineyards laying until the foothills area, bordered by a chain of green hills, an enchanting picture showing a true lifestyle dedicated to nature and well-being.
Guests were welcomed on the terrace for a friendly Rosé aperitive drink, then all were directed towards the Magnanerie to enjoy a delicious dinner that was giving a large preference to local products. During the meal, after tasting Chateau Mentone – 2008 and 2007 vintages with foie gras and artichoke mille-feuilles followed by a stuffed pintadeau, the much expected 2009 vintage arrived on the tables with the dessert, bearing the famous m – as Mentone on its label in gold color.
The wine exhibits a deep ruby color with violet and shiny play of light. The nose is deep and pleasant, expresses a good aromatic intensity with aromas of flowers, red fruit and spices. On the palate, the wine plays a register of elegance, with fine and sweet tannins. The expression of this wine is still dominated by the typical notes of flowers and spices. Very nice long finish, always with a remarkable balance.
After the pleasure of the palate, in the third part of the evening, the Jazz Yaron Herman Trio made the guests swing. The young pianist Yaron Herman, revelation in recent years, has successfully established himself in the world of Jazz with his extraordinary talent and his personal technique. Born in Tel Aviv in 1981, he was aspiring to a successful career in the Israeli basketball team, when he was forced to retire after a serious injury. He became passionate about the piano at the age of 16, studying with Jazzman Opher Brayer who taught him the use of an harmony methodology based on philosophy, mathematics and psychology to develop jazz themes. Two years later, Yaron received the prestigious ” Talent Junior” of the Rimon School of Jazz and Contemporary Music in Ramat HaSharon .
After a promising early career, he decided to go to Paris in order to make him name… Full of ambition, virtuoso Yaron won the bet and became known in piano bars in Paris thanks to its innovative and energetic Jazz. He dares to take on commercial pop stars like Britney Spears and his version of Toxic is a first success. In 2007, Yaron was elected Adami’s “Talent Jazz” and in 2008, he was elected “Instrumental Revelation of the Year ” at the Victoires du Jazz.
Yaron Herman appears as the Jazz ambassador to the country of Rock and Pop. His “musclebound” jazz expressing freshness placies himt among the greates, and as any pianist, he is even more impressive on stage, his genius expressing in his improvisations. For an unforgettable concert at Chateau Mentone, Yaron was accompanied by two talented musicians: Joe Martin on double-bass and Gautier Garrigue on the drums. 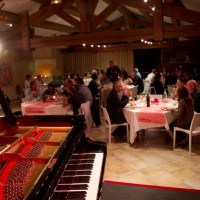 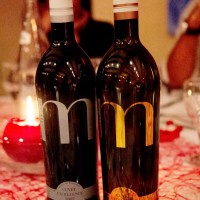 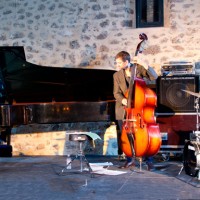 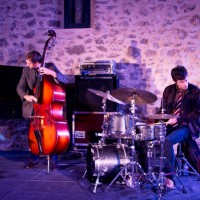 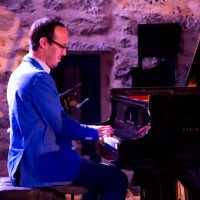 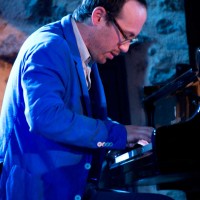 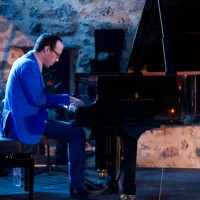 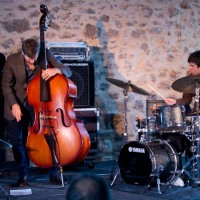 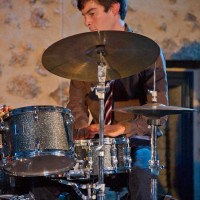 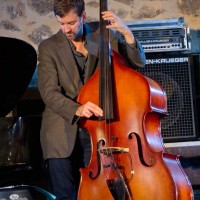 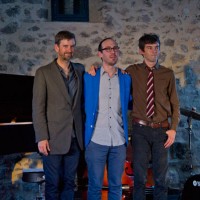