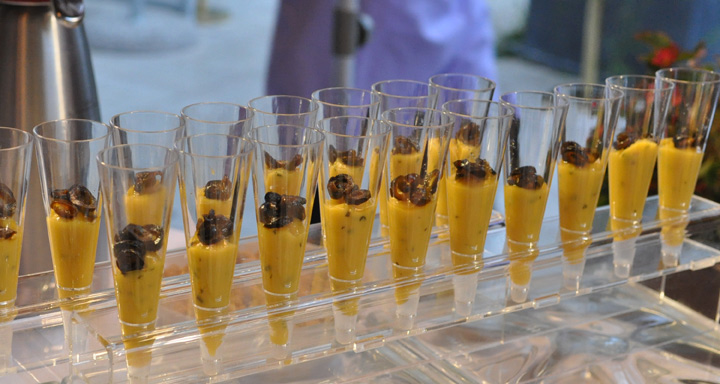 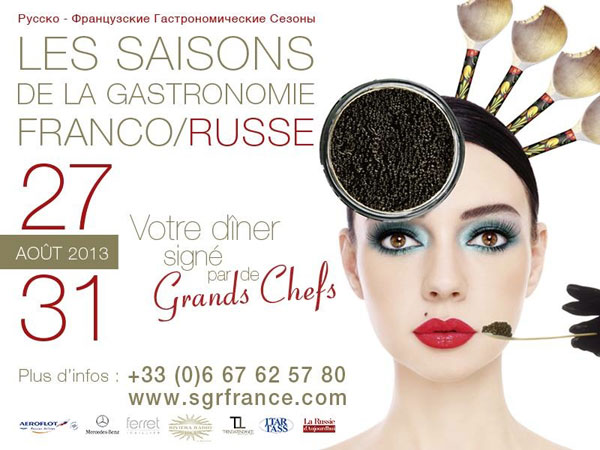 Since Catherine II, a culinary friendship was born between France and Russia. The chefs of the court of the czars, mostly French, were inspired by the traditional Russian cuisine to create the most delicate dishes.

The mix between products belonging to Russian gastronomic heritage and the famous “French touch” gave birth to many recipes to discover during the Franco Russian Gastronomy Seasons from August 27 to 31 on the French Riviera.

To preserve this iconic history between our two countries, the first season of the Franco Russian gastronomy was created in Paris in 2009. They were then held in Moscow, to celebrate the bicentennial of the War of 1812. Natalia Marzoeva, founder of the Franco Russian Gastronomy Seasons, proposes this year an unprecedented meeting of haute couture and gastronomic cuisine in collaboration with Trend & Tendance, a unique project combining famous chefs and couturiers to put together their culinary and artistic creations.

The opening gala will be held in Cannes, in the salons of the Palm Beach and will be marked by a fashion show by the famous fashion house Max Cahoul – which counts among its clients, Kilie Minogue and Beyoncé- and Légend Couture Monaco By Bilal Barrage. Following the parade, the chefs inspired by the undulating lines, will be invited to create unique dishes, reflecting the collection. Elena Podkaminskaya, Nikita Tarasof and Dmitry Naguiev, participants of the Russian TV “Cuisine” will help to achieve this challenge. During the gala, a collection of photos “Wearable Food” by South Korean artist Sung Yeonju (studio Akka, Italy, Milan) will be presented, in which the artist will combine fashion and gastronomy in creating completely unexpected works. Previously, the Seasons hosted Vadim Tikhonov from Bolshoi Theater, Denis Durand – designer in Cannes, the “Classic” Symphony Orchestra of St. Petersburg, the classic show “Infinity” and French and Russian businessmen.