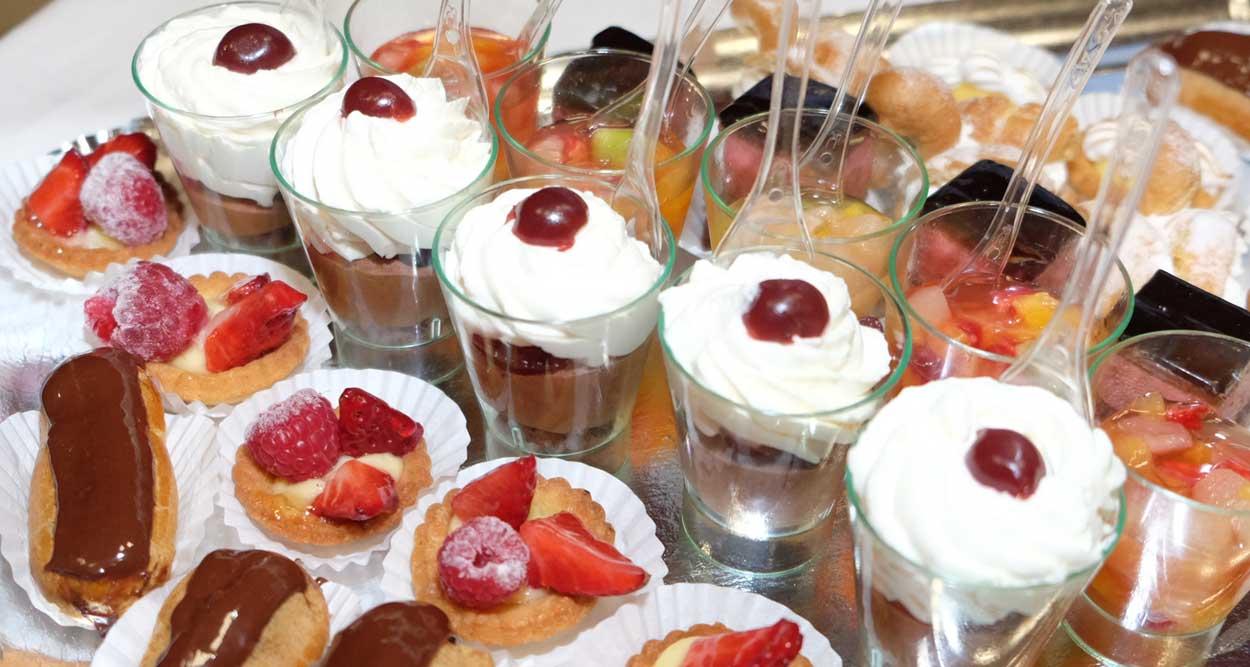 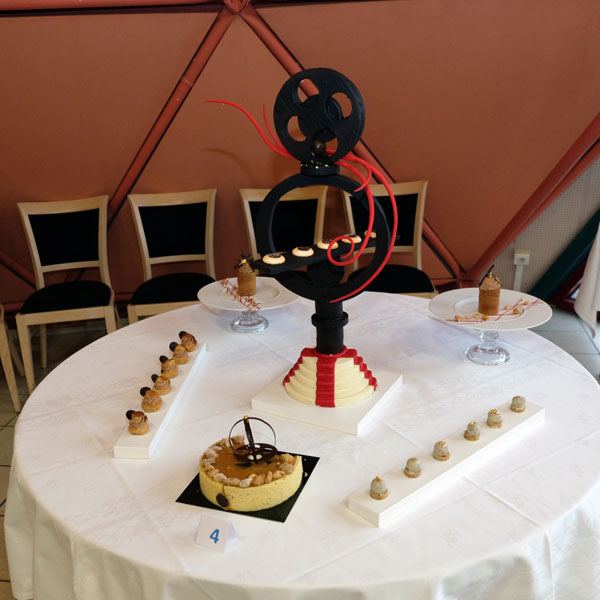 The Grand Chalenge Rotary du Patissier 2015 is a Pastry competition supported by the Rotary Club Cannes Lerins Aegitna to highlight the pastry apprentices’ work and also, to help them find job opportunities abroad. The challenge also aims to give the students a commitment to excellence in their future profession, to foster the desire to travel and discover a new culture – including the Asian culture – to share their knowledge with other professionals and learn new techniques in return.

The contest, with this year on theme of the Festival de Cannes, was an opportunity for 4 young apprentices from the Cannes Faculté des Métiers to fully exploit their talents to win a great 3-week trip to Sanya Bay in China. 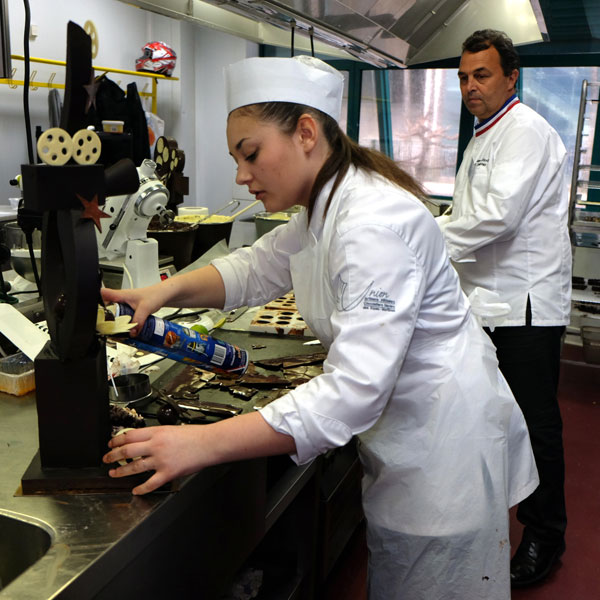 A wide range of difficult desserts

Each apprentice was to achieve their choice of dessert for six people without chocolate (18 to 20 centimeters in diameter), a 500-gram confection, a chocolate art creation (30 cm height minimum) to be used to display the confection, a restauration dessert made with choux pastry to achieve a plate with four desserts and a pastry shop dessert – 2 kinds of mignardises. The pastry recipes were conceived by Pastry Chefs Philippe Brito and Christian Cottard, President of the Pastry Chefs Union.

The Tasting Jury: composed of Christian Cottard, Mr Sawzzo, Pastry Chef and two members of the Cannes Rotary Club, to appreciate the consistency of the various achievements, the blending of flavors and ingredients and the final tastes.

The Presentation Jury: composed of Mickael Giotard, pastry chef at La Gourmandine, former teacher of the 2014 winner, Christian Blanchard, Pastry Chef, Clement Cottard, Pastry Chef and a member of the Cannes Rotary Club, for the evaluation of the final buffet aesthetics. 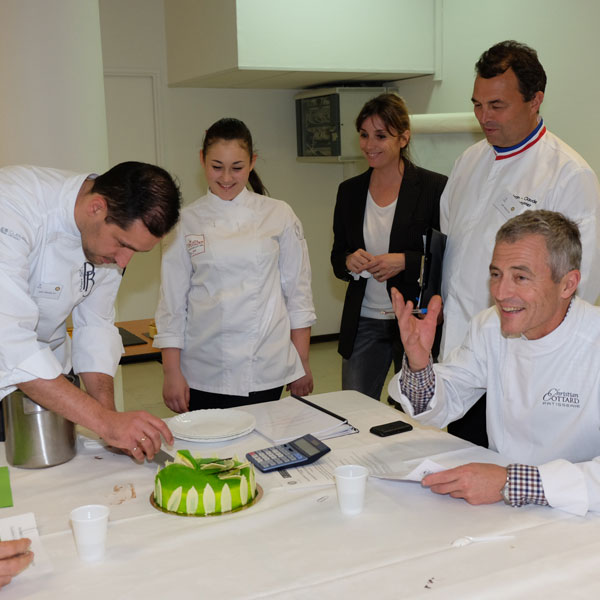 Leo Clavel brilliantly won the 4th edition of the 2015 competition. In his second year of pastry, he already participated in a similar competition in Antibes where he arrived in 2nd position. This passionate for gastronomy and pastry, from a family where one eats well, said he was surprised to get such a result but happy to win the 1,000 euros allocation for an internship in China at Sanya Bay – twinned with the City of Cannes. In the second place, Eva Giannorsi won the 250 euros allocation and in the third place, Laura Marciano, the 200 euros allocation.

To end this beautiful day dedicated to pastry at the Cannes Faculté des Métiers, Nordine Arif, winner of the 2014 Grand Chalenge Rotary du Patissier 2014, share with the audience the trip to China he made last year thanks to the Cannes Rotary Club. Impressions, experiences and what he benefited on the professional and human level. Many pastry students, come to support the contest participants, could thus dream, by listening to what he had experienced, that it would be them next year, who win the 2016 edition and a trip to faraway horizons. 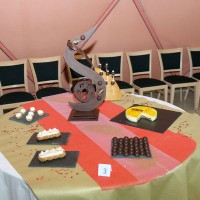 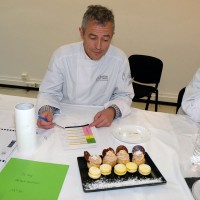 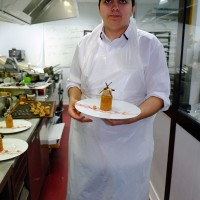 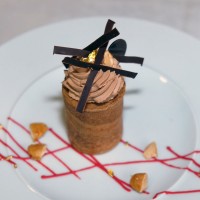 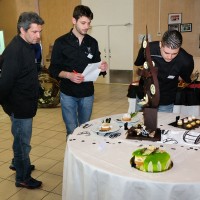 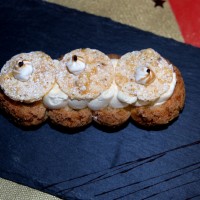 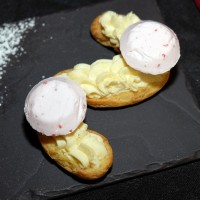 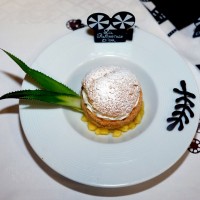 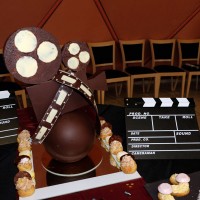 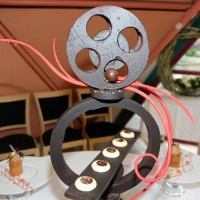 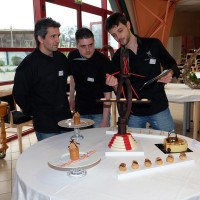 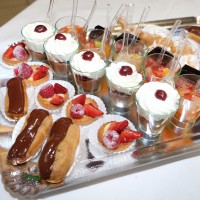 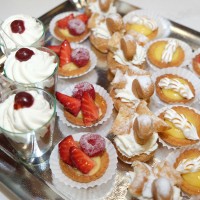 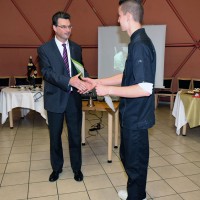 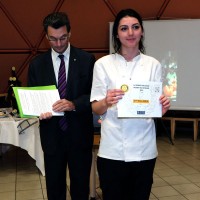 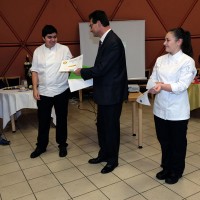 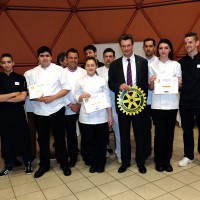 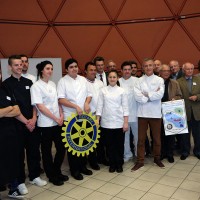