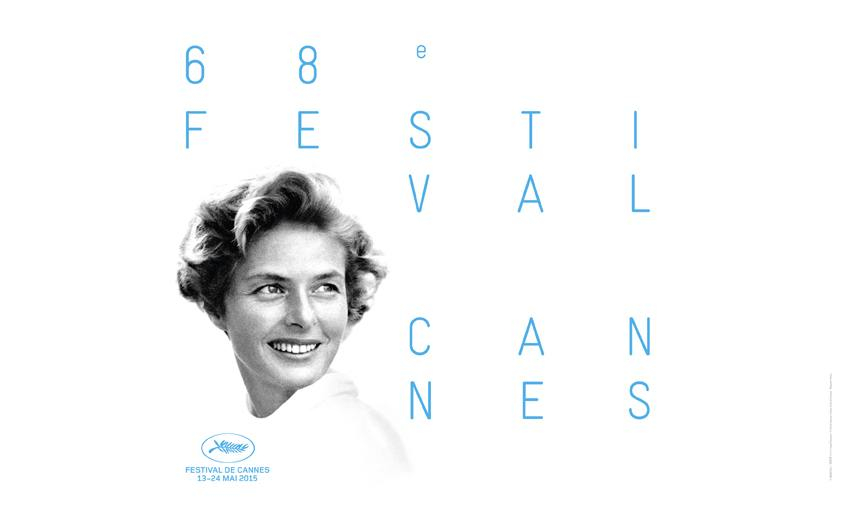 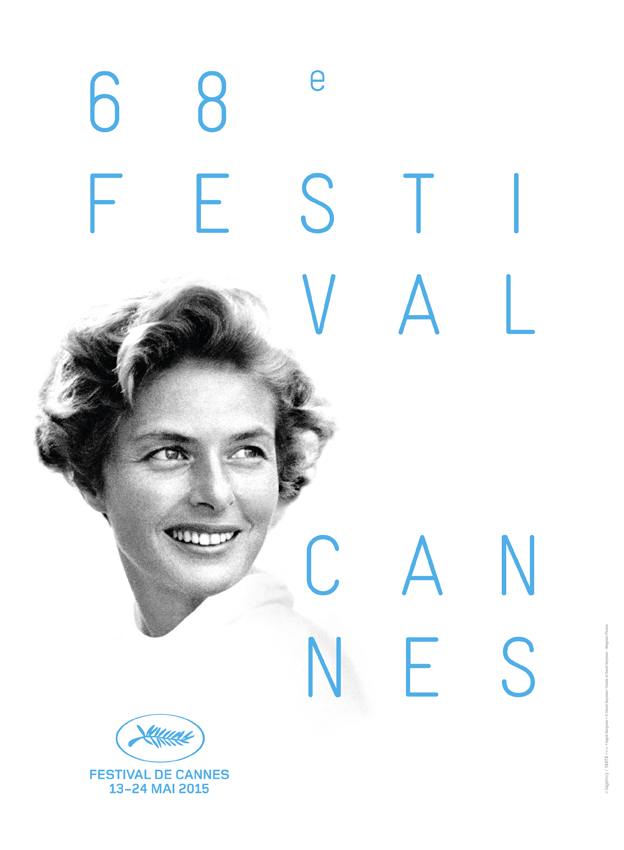 The emblem of the 68th Festival de Cannes will be the Swedish star Ingrid Bergman whose radiant face enlightens the poster of the 2015 edition to be held from May 13 to 24.

The Festival de Cannes celebrates the Hollywood star Ingrid Bergman, who chaired over the Jury in 1973 and gave the Palme d’Or to La Mama and The Whore. She succeeds Marcello Mastroianni on the world’s greatest film festival poster.

Tribute to beauty, charm and talent

Wife and Muse of Roberto Rossellini, the heroine of Casablanca (Michael Curtiz), Notorious (Alfred Hitchcock) or Stromboli (Roberto Rossellini), Ingrid Bergman became over her career the icon of a free, modern woman, and an accomplished actress, both a Hollywood and European star, never losing her grace and simplicity while she played with Cary Grant, Humphrey Bogart or Gregory Peck.

The poster, made from a photograph by David Seymour, is signed Hervé Chigioni – author of last year’s poster – and shows the actress with a bright, smiling face who seems to be looking beyond towards an happy vision.
As part of the Festival de Cannes tribute, the documentary Ingrid Bergman In Her Own Words by Stig Björkman will be screened at Cannes Classics. 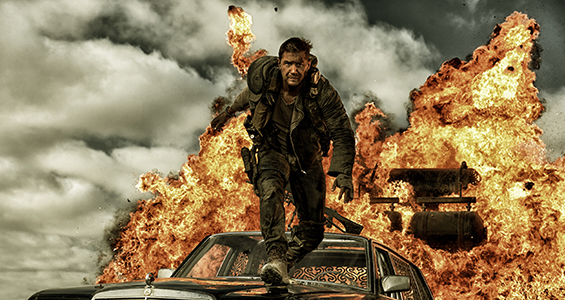 After Ingrid Bergman’s serenity and grace, we are changing planet with the fury and sulfur! After 30 years of rest, the hero of the mythical saga Mad Max, immortalized by Mel Gibson, comes back under Tom Hardy‘s traits.

Mad Max: Fury Road will be presented at the Festival de Cannes Official Selection (Out of Competition) on Thursday, May 14 at the Grand Théâtre Lumière.
The film marks George Miller‘s awaited return in the action and science fiction films. The Australian director had created the first Mad Max in 1979 before shooting Mad Max 2, the Challenge (1981) and Mad Max Beyond Thunderdome (1985).
In the wake of its premiere in Cannes, the film will be released worldwide. 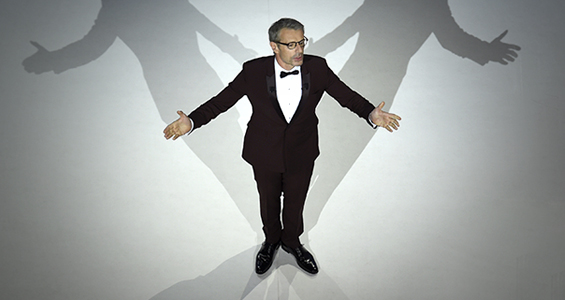 At the invitation of the Festival, Lambert Wilson agreed be the Maître des Cérémonies of the 68th Festival de Cannes. During the opening ceremony, on May 13, he will welcome on stage at the Palais des Festivals the Coen brothers, Presidents of the Jury 2015, and will host the award ceremony on Sunday, May 24. The ceremonies willl be broadcast unencrypted on Canal +.
Last year, the actor said: “The world is written in an incomprehensible language, but the films are translating it universally  for us. Without their light, each remains in the night!” 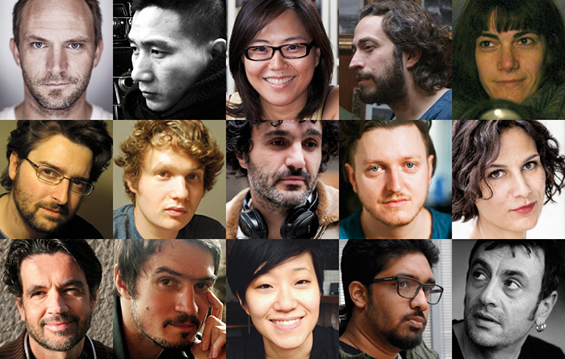 The Cinéfondation’s Atelier in Cannes invites 15 filmmakers whose film projects were deemed particularly promising. Accompanied by their producer, they will meet with potential partners to finalize the completion of their film. The Atelier opens its participants the doors to international co-productions, accelerating the film finishing process.
From May 15 to 21, appointments are organized with directors and professionals interested in their projects.
The Book of Projects and the registration forms for appointments will be available early April on www.cinefondation.com