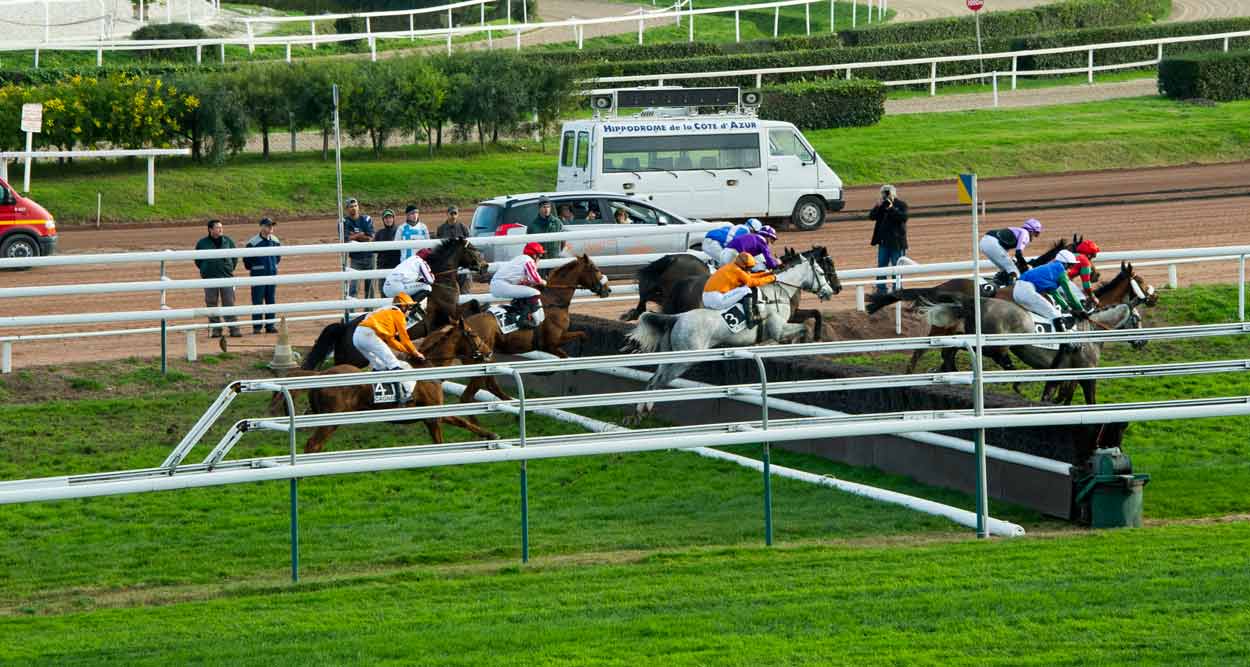 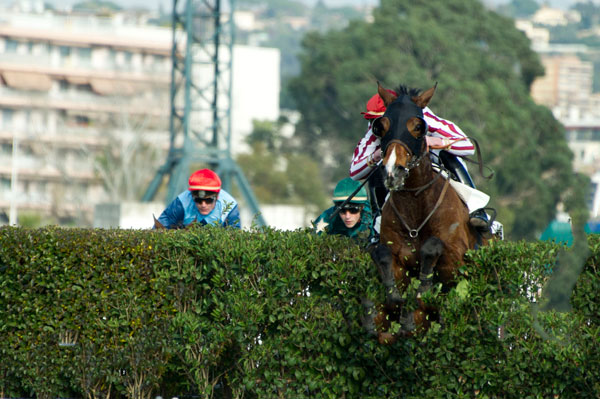 The Hippodrome Côte d’Azur offered an exciting show on the Grand Obstacle Day bringing together the world’s elite steeple chase champions in Cagnes-sur-Mer.

The Hippodrome Côte d’Azur organizes two meetings – winter and summer – and presents all disciplines of equestrian sport. However, it is especially the winter meeting which makes the hippodrome famous. Indeed, it is during this period that the most prestigious races take place, both trot and speed. The mild Mediterranean climate keeps the tracks in good condition, with light ground for horses who hate heavy ground that is found in the rest of France at this time of the year.
The elite of the world obstacle jumping was brought togeteher on January 10, 2016, at the Hippodrome in Cagnes-sur-Mer for the Grand Obstacle Day and its flagship race, the Grand Prix of the City of Nice – Bernard Secly. 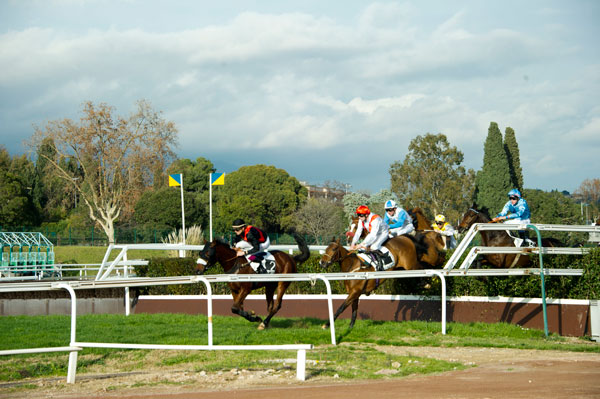 La Grande Journée de l’Obstacle is the traditional and unavoidable rendezvous of the Winter Meeting in Cagnes-sur-Mer for all lovers of spectacular races. The Thoroughbred runing during the day are horses ridden by jockeys on top of their performance. The queen race of the obstacle, the Grand Prize of the City of Nice – Bernard Secly is a Group III race, a Grand Steeple Chase of the highest sporting level reserved for horses aged 5 and over, run over a distance of 4,600 meters. This prize is worth 140,000 euros, including a gain of 63,000 euros for the winner. It is one of the flagship events of the global obstacle of the year, not to be missed!

The Hippodrome Côte d’Azur offered in mid-January an almost summer day for lovers of fine horses who came in droves to attend the great event of the Winter Meeting 2015-2016. A mind-blowing program awaited the many punters who could at their discretion and under a mild and sunny sky, bet on the seven races on the program, including the Prix Christian Fornarolli, the  Prix Christian de l’Hermitte (Grand Steeple-Chase of 4-years), the Prix des Iles de Lérins, the Prix André Masséna (Great Hurdle Race of 4-years), the Cagnes Great Hurdle Race, the Prix Romantisme Marcel Maschio and the highlight of the day, the prestigious Grand Prix de la Ville de Nice-Bernard Secly. Bernard Secly was a famous coach, who recently passed away. 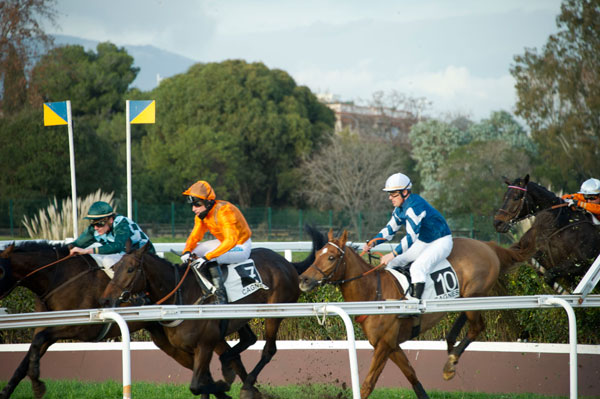 16 international jumper at at breakneck speed

By late afternoon, on a background of blue sky, palm trees and Mediterranean, 16 international jumpers rushed at full speed out of the wings of the autostart to win the Grand Prize of the City of Nice.
From the start, the mare La Sulfureuse, bib number 7, driven by R. Schmidlin, took command of the race. She was closely followed by Buck’s Bank – driven by D. Cottin and Flavin, driven by J.L. Beaumez. The Sulfureuse dreamed during a few strides to succeed Le Bel Anjou, who had won in 2015. However, she could not maintain her effort and dropped behind the end of race. As for Buck’s Bank, Yannick Fouin’s boarder, showing a clear regain of form, as evidenced by her latest convincing victory achieved in the preparatory Prix du Comté de Nice, did not make it a hat-trick,  only occupying the second place. Défi d’Anjou, bib number 2, driven by A. Gasnier, took a wait-and-see attitude throughout the race in the peloton. At the last turn, she strengthening her effort to win a very respectable third place.
The finish line of the Prix de la Ville de Nice was the good one for Flavin and his rider Jean-Louis Beaumez who, by winning the azurean steeplechase, pocketed  63,000 euros. A dream long caressed by her coach Patricia Butel and thus realized on this Sunday, January 10th, after jumping the last hurdle. 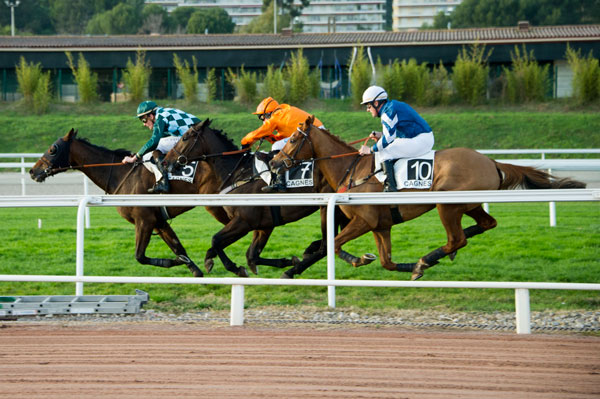 A program for young and old

The superb program of the Grande Journée de l’Obstacle was also an opportunity to spend a great time for families and children because the entrance was free for under 18 years. Many activities were offered free throughout the afternoon: sulkies bikes, inflatables, rides on ponies, giant wooden games or Norwegian bowling that delighted young and old. 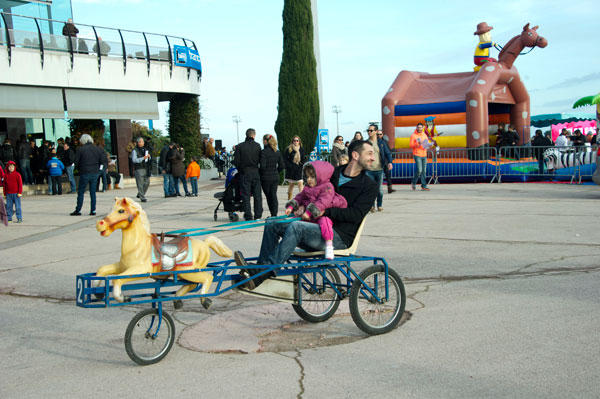 The future highlights of the 2015-2016 Winter Meeting at the Hippodrome Côte d’Azur in Cagnes sur Mer are:
– the Cagnes Day on Wed., February 6, 2016 – free entrance for the Cagnois
– the Grand Prix de la Riviera on February 14, the first stage of the Défi du Galop on February 27 – a prestigious challenge organized on 14 racecourses in France and abroad,
– the Grand Speed Criterium of the French Riviera on March 13, 2016, the legendary race of the trotting season in Europe, raced on the mile. 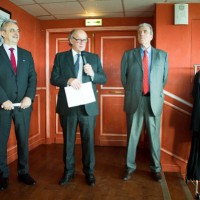 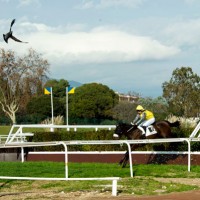 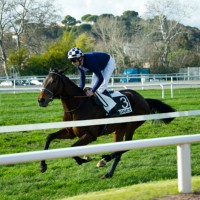 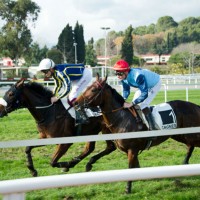 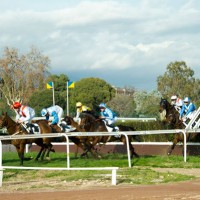 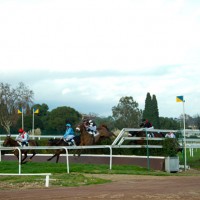 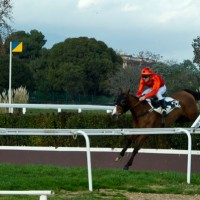 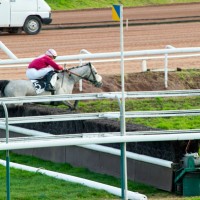 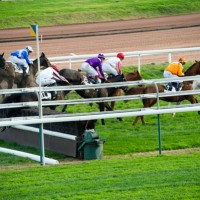 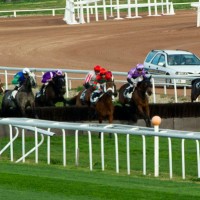 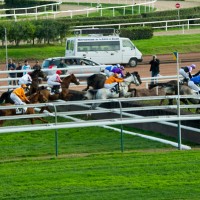 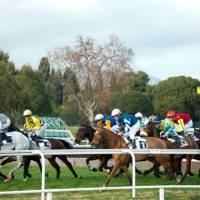 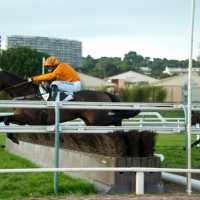 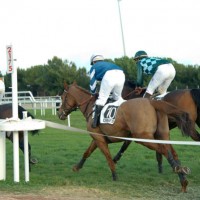 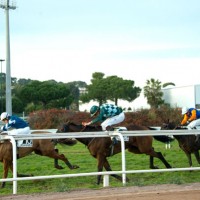 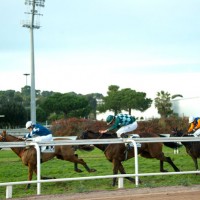 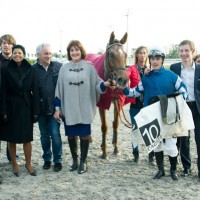 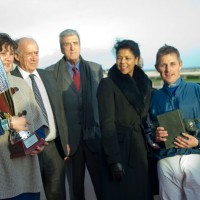 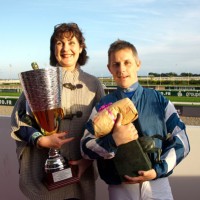 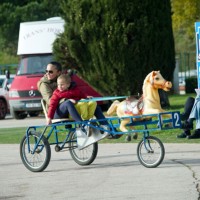 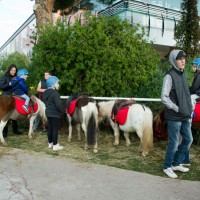