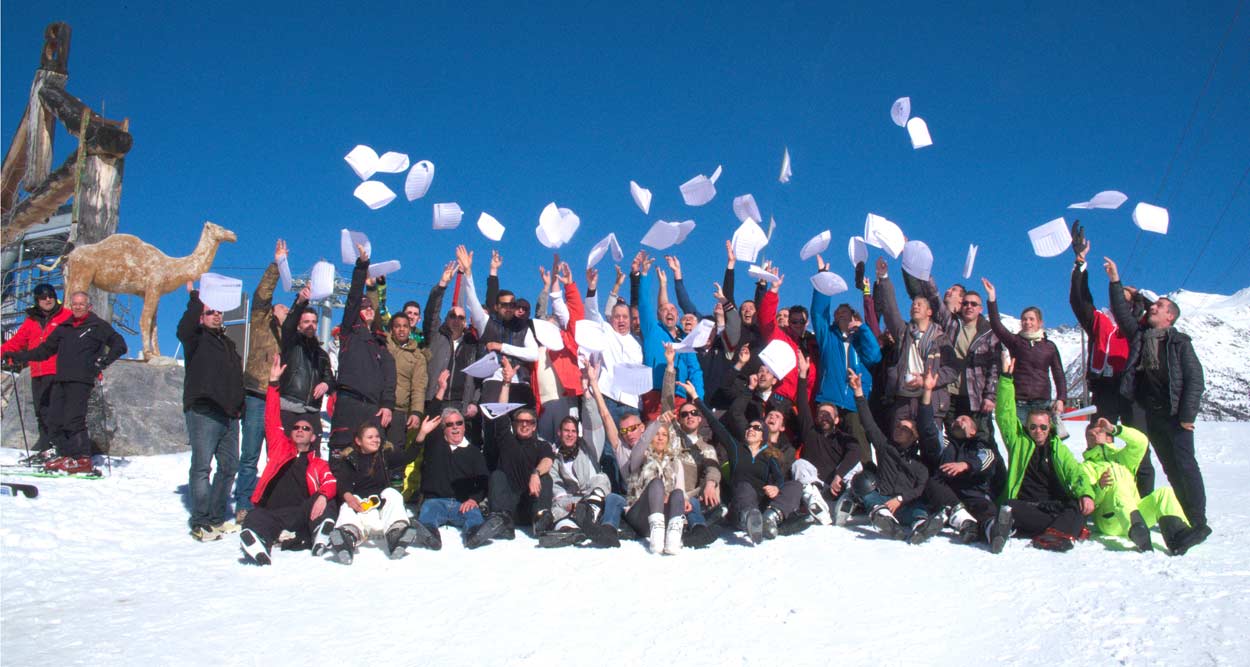 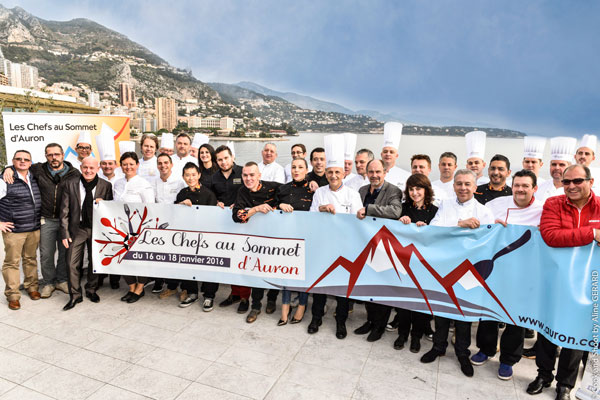 Les Chefs au Sommet d’Auron, the Festival of Mountain Gastronomy against the backdrop of the Mercantour summits, celebrate in 2016 the fifth anniversary of their success.

Les Chefs au Sommet d’Auron is a magnificent gastronomic event in the ski resort of Auron and Saint Etienne de Tinée, amid the sumptuous surroundings of the Mercantour mountains. The Festival of Mountain Gastronomy is enliven for five years by a nice team of talented chefs and pastry chefs from the French Riviera sharing a genuine moment of culinary delights and conviviality with vacationers.
From January 16 to 18, 2016, Les Chefs Au Sommet d’Auron, a link between sea and mountains, will offer a festival of emotions, snow and gastronomy in the heart of the Mercantour’s iconic ski resort. Fifteen restaurants in Auron and the village of Saint Etienne de Tinée will offer affordable gourmet menus concocted by duets of renowned chefs and pastry chefs. 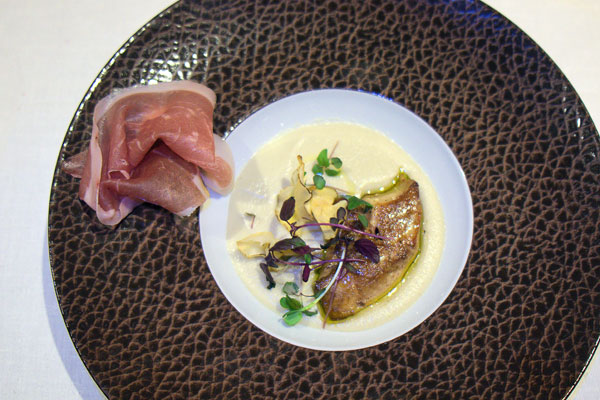 The Festival of Mountain Gastronomy is born from the initiative of the gastronomy enthusiasts members of the Association of Traders in Auron and Saint Etienne de Tinée, who, friends with many starred chefs from the region, have created the festival in February 2012.
The many starred chefs participating to the first edition had enjoyed the holiday atmosphere of this event who aims to be friendly while offering high quality gastronomic services at unmatched prices. Chefs and renowned pastry chefs take advantage of the unique opportunity to be together outside of their establishments and share their skills while being entertained on the ski slopes. 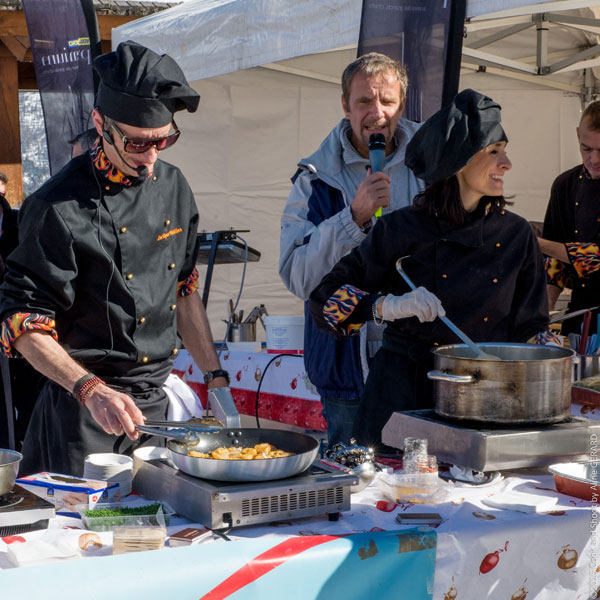 A cure of culinary delights and wellness at snow

Les Chefs au Sommet d’Auron offer a weekend to taste without moderation around an original and innovative recipe based on the flavors of our mountains, enhanced by the chefs’ skills in duet with pastry chefs. They are spiced with touch of madness with the Toques Brûlées show, cooking and pastry workshops for adults and children, tastings on the tracks, animations and a market for local products. Go for a real cure of culinary delights, snow, sun and well-being in the heart of the Southern Alps. 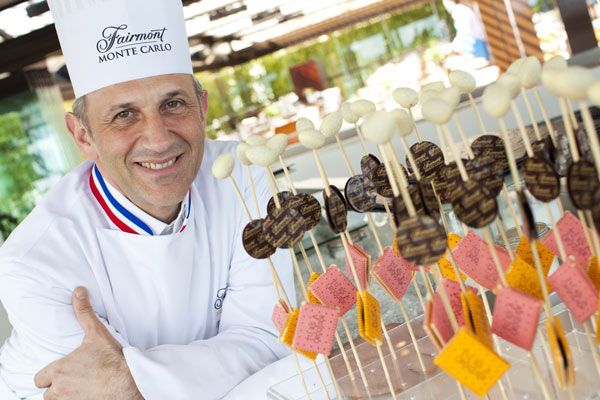 To celebrate the anniversary of five years of success, the 5th Gastronomic Festival Chefs au Sommet d’Auron will have as Honorary President a regular of the event: Philippe Joannès, Executive Chef of the Fairmont Monte Carlo, Meilleur Ouvrier de France in 2000. His experience and reputation will bring exceptional value to this new edition of Chefs au Sommet placed under the sign of novelty and originality 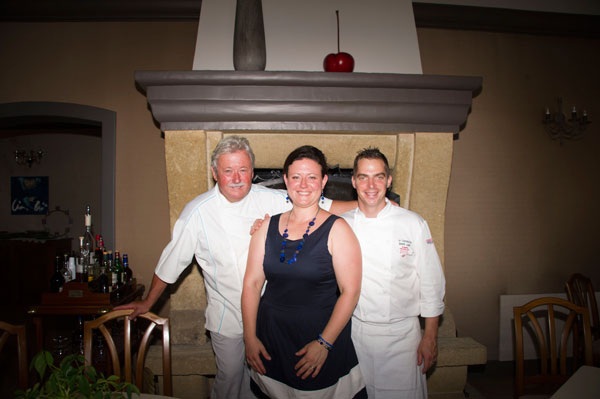 Big names on the trails 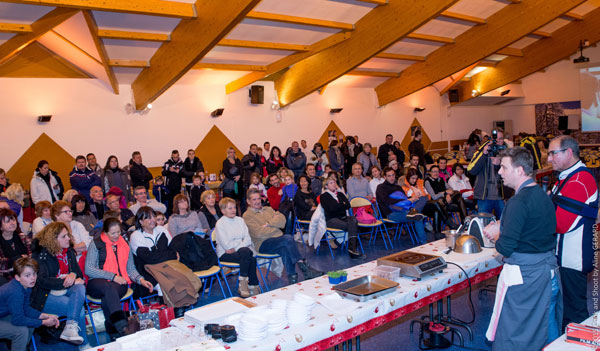 The festivities menu will start on Saturday, January 16, with activities to whet your appetite. On Sunday and Monday night, chefs dinners will be offered in the resort of Auron and the village of Saint Etienne de Tinée
In some fifteen restaurants, vacationers, seasonal staff and the inhabitants of the valley will be treated with gastronomic menus in which the products of our mountains will be sublimated by chefs and pastry chefs, for only € 45.00 including amuse bouche, starter, main course and dessert, in the intimate and authentic Auron mountains establishments.

For the opening of the festival, women will be honored with the participation of outstanding women in the field of gastronomy and good taste. The Chef Hermance Joplet, Le Castellaras in Fayence (1 Michelin star) will do a cooking demonstration in the presence of the Pastry Chef Consultant by Claire Verneil, former candidate of Masterchef, today culinary writer and host for Télé Shopping and Direct Matin. 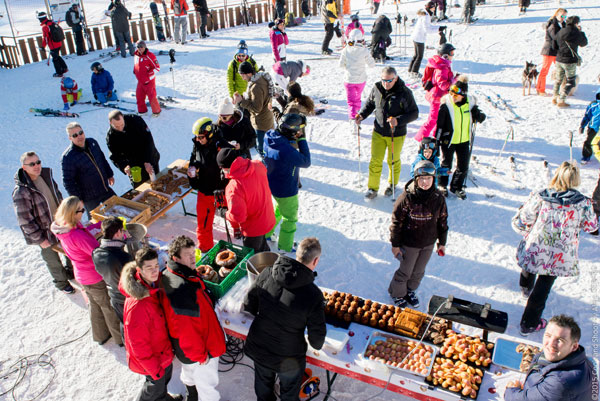 A farandole of entertainment throughout the weekend

– Niçoise cuisine workshop for adults and children by Notes De Cuisine Laurence Duperthuy,
– Pastry workshops with the Union of Artisans Pâtissiers Chocolatiers in the Alpes-Maritimes,
– A photo exhibition presented by food photographer Aline Gérard (Cook & Shoot)
– For budding and more experienced chefs, the traditional cooking contest, open to all. Amateur or professional chefs will revisit a classic of “Nissarda” cuisine: the “Tourta da Blea” (chard pie), a typical Niçoise specialty that can be eaten sweet or savory and cooked in 1,000 ways.
– Tastings on the slopes, animated by the truculent team “Toques Brûlées”, led by David Faure, from the restaurant L’Aphrodite in Nice, which this year offers to ignite the snow front with a giant barbecue.
– The market with local products (honey, cheeses, jams…) 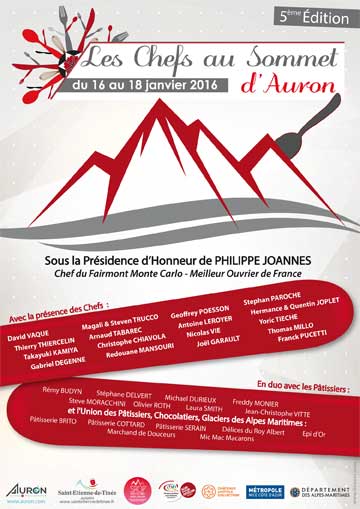 A culinary event in high altitude

New in 2016: this year, Les Chefs au Sommet d’Auron rise in quality and altitude since a gourmet meal will be offered in the cabins of the legendary Las Donnas cable car. Only a privileged few, such as the winners of the cooking competition of the previous day, will have the great honor to enjoy a “suspended” menu at 2400 m of altitude.

Les Chefs au Sommet d’Auron Auron celebrate gastronomy for a weekend, with the support of the Federation of Traders of Haute Tinée, the St Etienne de Tinée Townhall, the Tourist Office of Mercantour Stations, the Cimes du Mercantour SEM, the Chamber of Trade of Alpes-Maritimes and the Artisans Arts et Délices and many culinary partners. 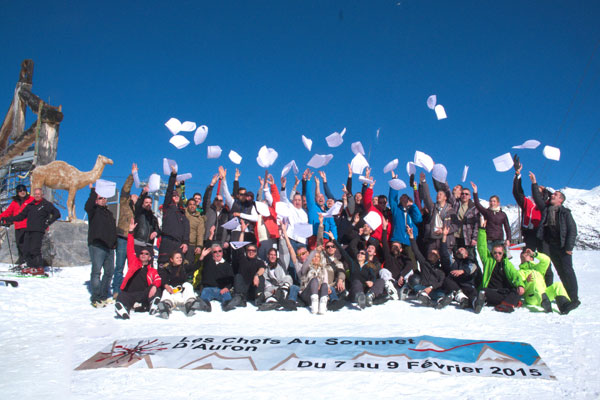