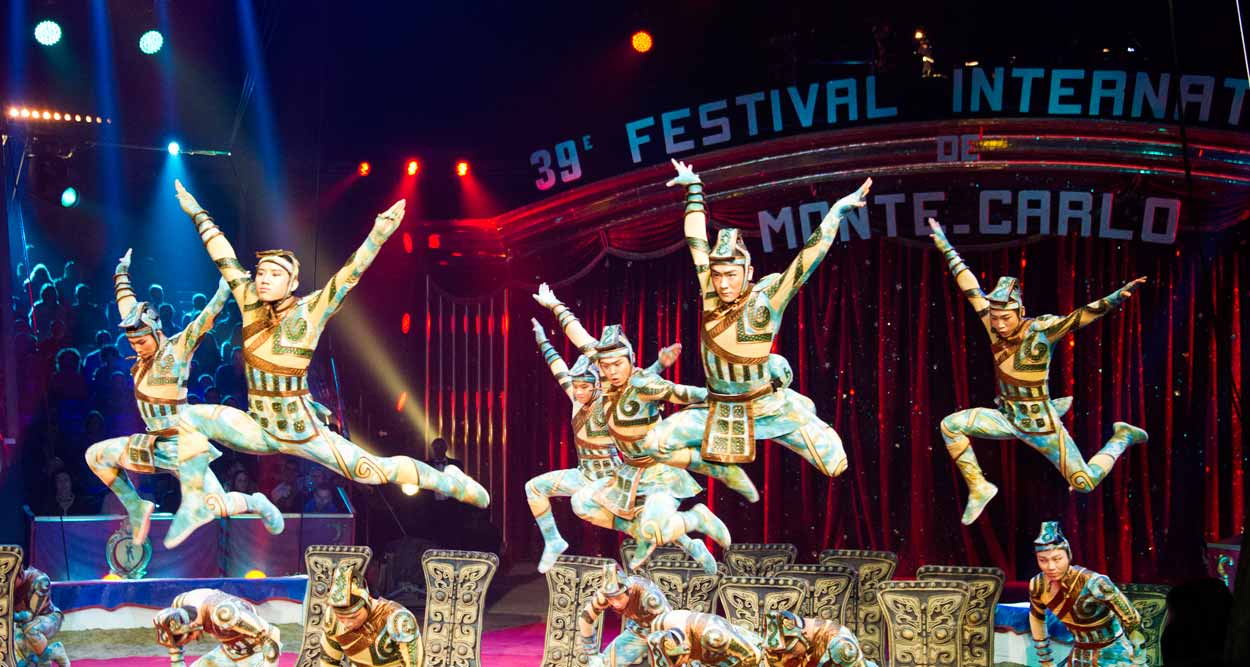 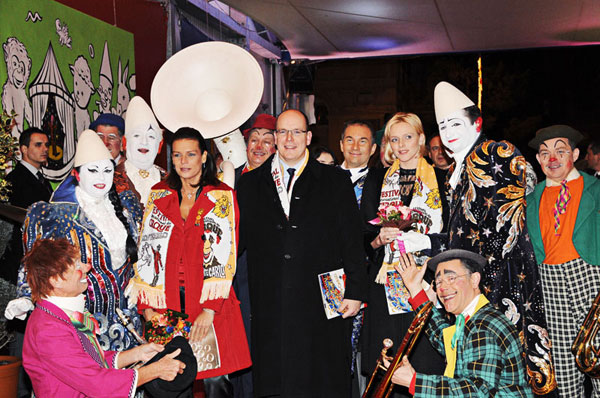 The Monte-Carlo International Circus Festival celebrates 40 years of passion for the art of circus from January 14 to 24, 2016, under the Fontvieille big top. For this anniversary, the Organizing Committee, chaired by HSH Princess Stéphanie, is having back a program of circus acts, each one more outstanding than the last, since they are the greatest winning acts in recent years! The best artists in the world will be, according to tradition, rewarded by the 2016 “Golden Clowns“. 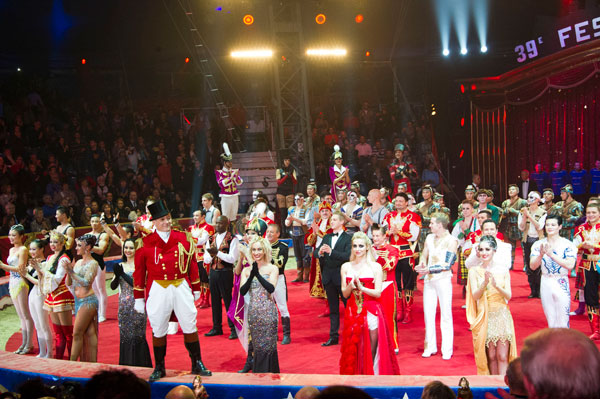 Since its creation in 1974 by Prince Rainier III of Monaco, to support the art of the Circus he so loved – and especially the circus families – the Monte-Carlo International Circus Festival has become over the years the largest and most prestigious circus festival in the world.
Like the Festival de Cannes’ Palme d’Or, the Golden Clown is the ultimate reward for the artists, coveted by everyone in the world of circus.
For the 40th anniversary of the festival, it is a real “Best Of” of the best winning acts in recent editions that Monaco offers this year on Golden Shows from January 14 to 24, 2016. Golden Shows with chills, laughter, emotion and wonderment! 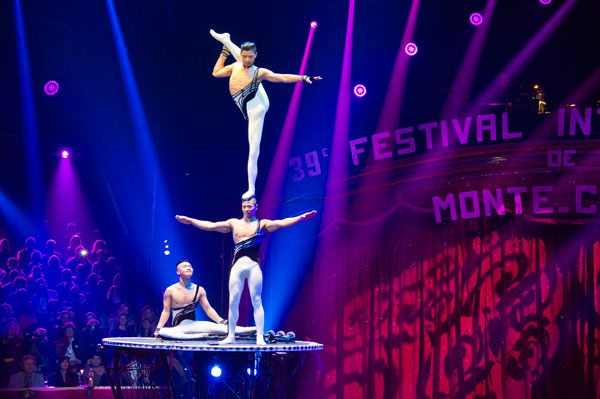 The artists of the 40th anniversary

The Monte-Carlo International Circus Festival 2016 will feature acts from around the world, with wild animals, mischievous clowns, daring tightrope walkers, flying trapeze and acrobats, jugglers…
The public will applaud:
The trainers Martin Lacey, Nikolai Pavlenko and Massimiliano Nones (every three Golden Clown), with the Martin Lacey’s wild animals,
The Voljanski tightrope walkers, in a stunning high rise act with a climb on a rope inclined at 45 degrees (Silver Clown),
Flavio Togni (Golden Clown) and Alexis Gruss, two of the greatest horses trainers,
The famous musical clowns Rastelli will revive the company Rastelli, famous in the largest circuses,
The Flying Tabares, undisputed masters of synchronized trapeze (Silver Clown)
The malicious Bello Nock, clown out of the ordinary, emeritus stuntman (Silver Clown)
The large Sokolov troop, expert in the jump to the rocker, (Golden Clown)… and many others. 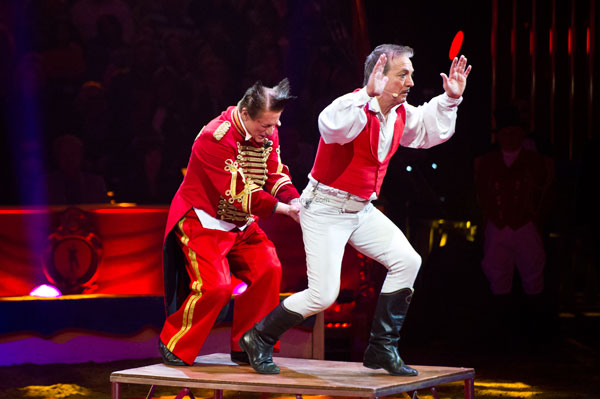 With the Best Of the 40th anniversary, HSH Princess Stephanie offers us the pleasure of seeing again Gianni Huesca aka “Fumagalli” (Silver Clown) on the Fontvieille ring, expressing his immense clown talent in his hilarious act “Little bee, gives me some honey“.

The great circus festival will also take in town with a large parade from the Fontvieille big top, which will lead the artists onto the Palace Square for an Open Air Circus Show on Saturday, January 16, 2016,  from 2.30 pm. 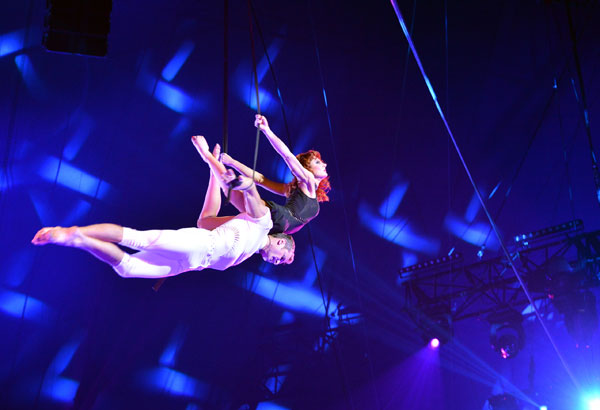 Program of the 40th Festival 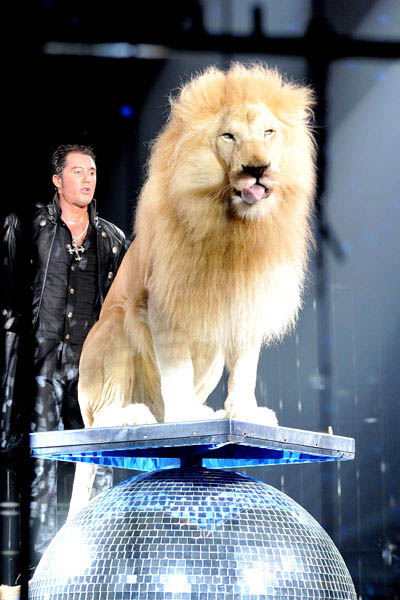 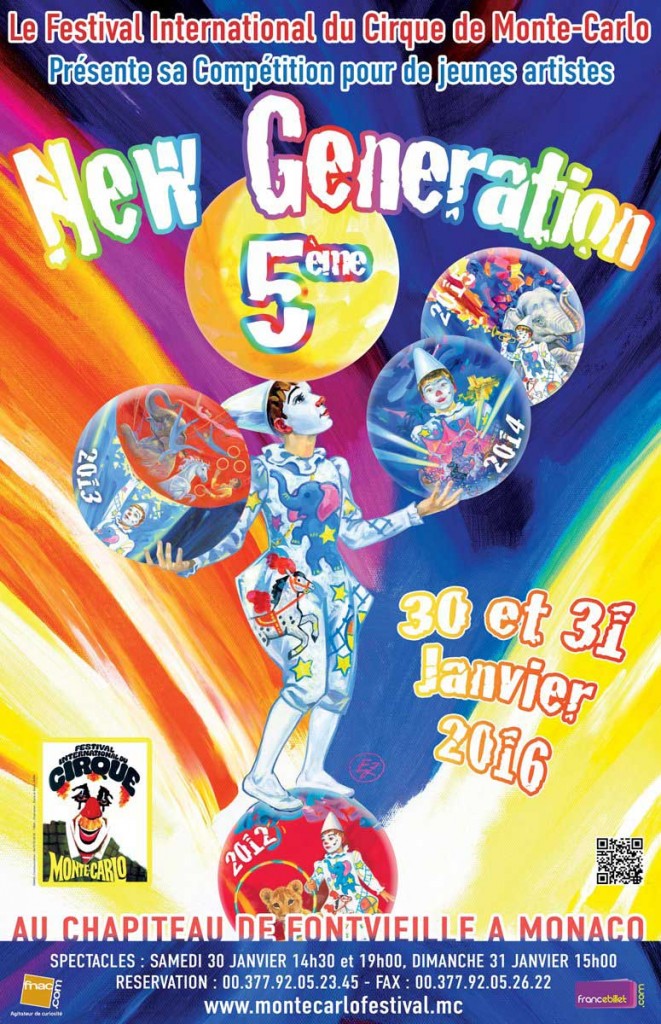 For the 5th year, the Festival International du Cirque de Monte-Carlo hosts on its ring the International New Generation Circus Festival. On Saturday January 30 and Sunday 31, 2016, the world’s best circus young talented will compete. Clowns, tightrope walkers, acrobats, magicians and animal trainers will appear before an International Jury to try to win the “Gold, Silver or Bronze Junior.”

The rates of the Festival International du Cirque de Monte-Carlo 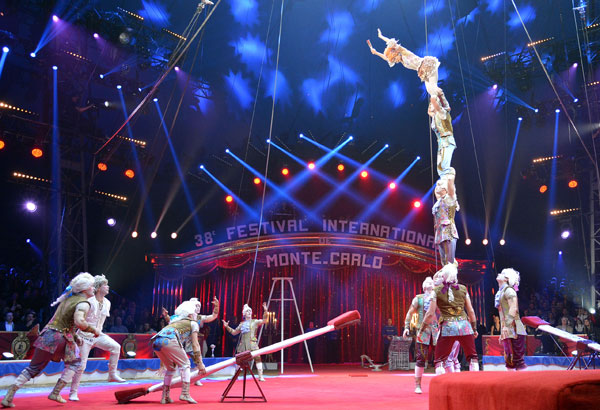