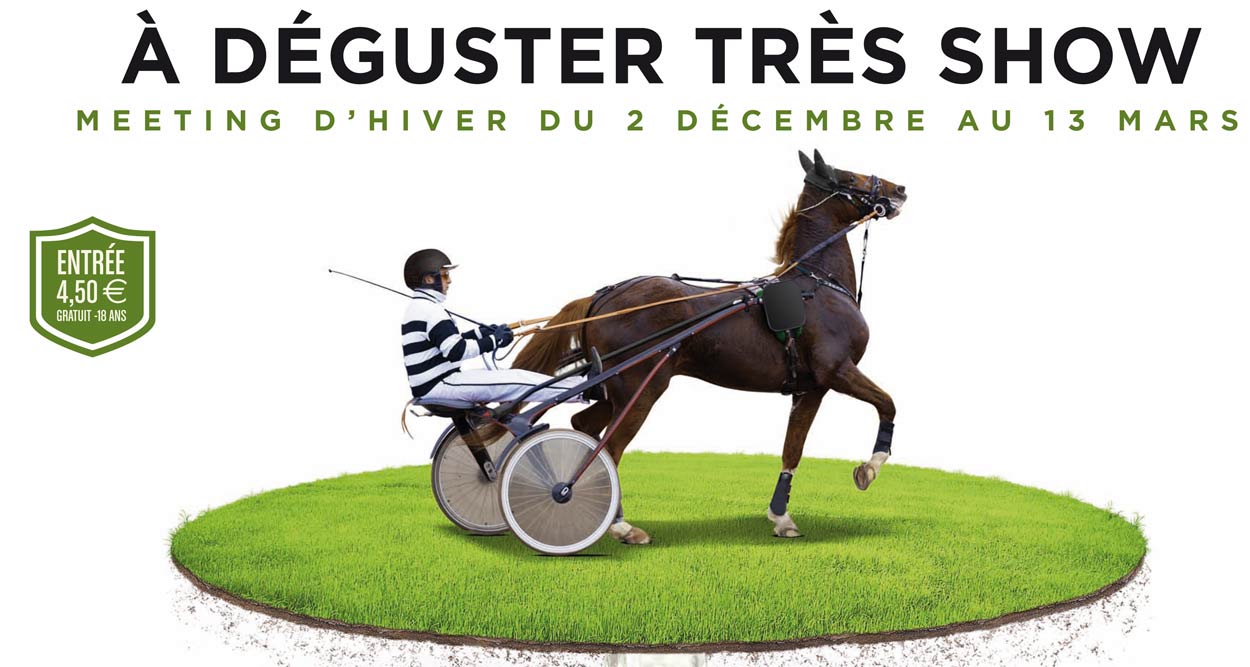 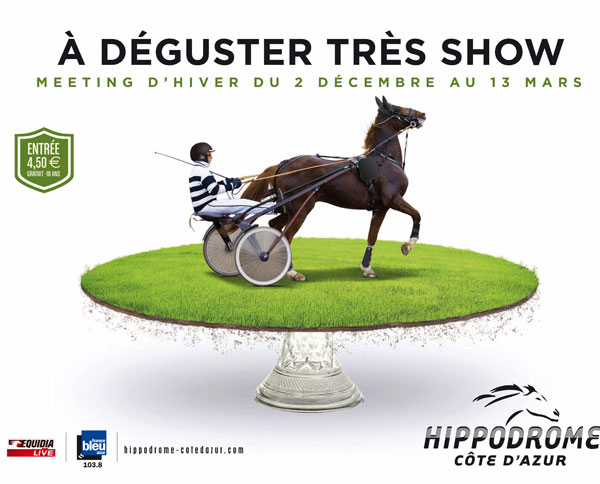 The Winter Meeting 2014-2015 at the Hippodrome Côte d’Azur will include many major races and events.
A few days before Christmas, on Sunday December 21 – during the Day of Villeneuve-Loubet, the Hippodrome will welcome the public in a Christmas decor. The Père Noël, aboard his carriage, will give away to children some sweets and candies.
On the first day of 2015, entrance will be free.

The peak of the Obstacle Meeting, this Great Obstacle Day will schedule 7 of the most spectacular and most exciting races including the Grand Prize of the City of Nice and the Cagnes sur Mer Steeple Chase.
On this day of Epiphany, the Hippodrome de la Côte d’Azur will offer the Galette des Rois and Champagne to the first 300 visitors. The people who will find a “fève” will win presents. 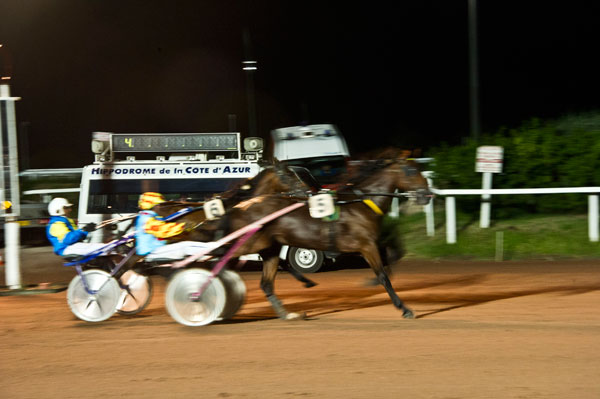 On the occasion of a specially dedicated day, the Cagnois are invited by their city to discover their hippodrome with sports demonstrations, culinary animations, chocolate and macarons tasting. Free entrance for the Cagnois!

On the 10th edition of the Mediterranean and Inland Seas Championship, the event brings together the jockeys from various Mediterranean nations. The Hippodrome de la Côte d’Azur highlights Italy and its delicious culinary traditions.

Like every year, the Hippodrome Cote d’Azur will host the first stage of the Défi du Galop, run on 14 French and foreign racetracks. On this occasion, the Nice Carnival will send to the Hippodrome of a delegation of “Grosses Têtes” with a band and a make-up workshop for the children. 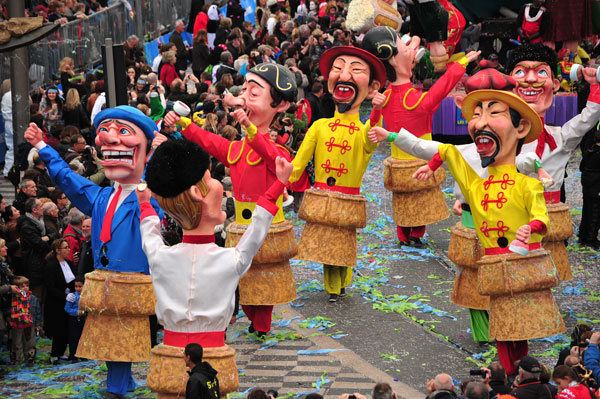 The Grosses Têtes at Nice Carnival

The highlight Event of the Winter Meeting: the best trotters will compete in a speed event on the distance of the mile. Who will add his name to prestigious predecessors such as Ourasi, Une de mai, Varenne, Money Maker and Meulnes du Corta?
At every important date, children can enjoy nice activities: pony, sulky bike, trampoline, rodeo bull… Several dining options, managed by Pavillon Traiteur, allow to savor a family or friends outing.

Through this major events and all the races organized for the Winter meeting, the Hippodrome Cote d’Azur has become a major tourist destination in the French Rivera.