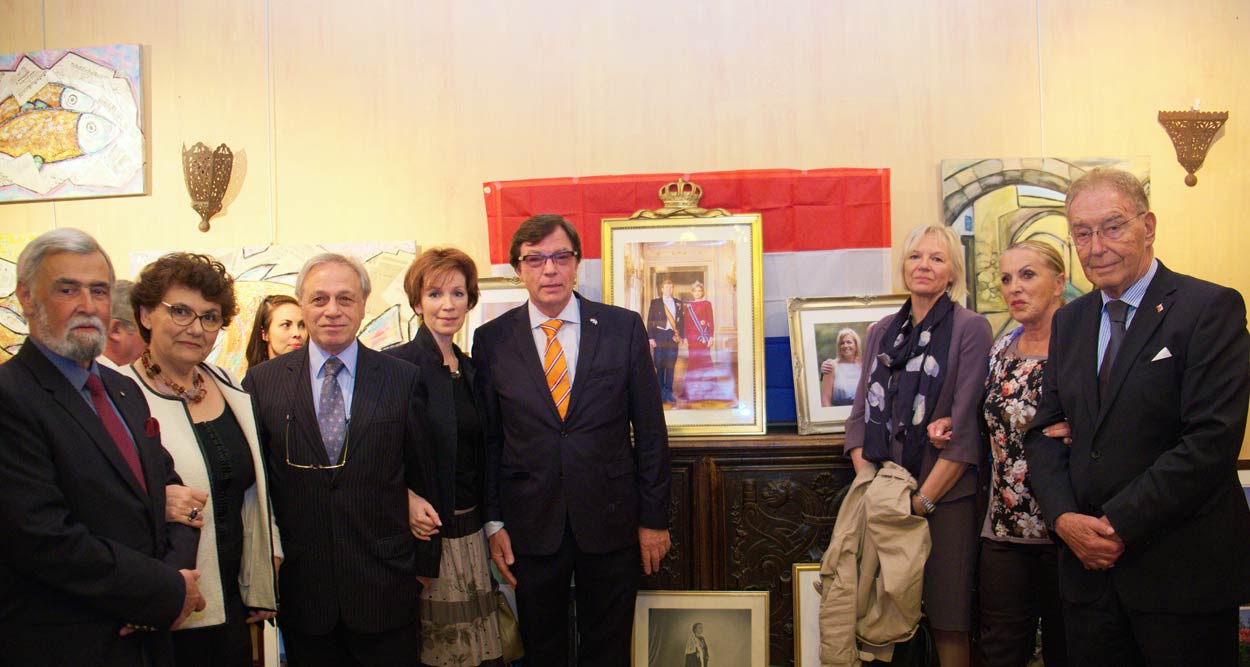 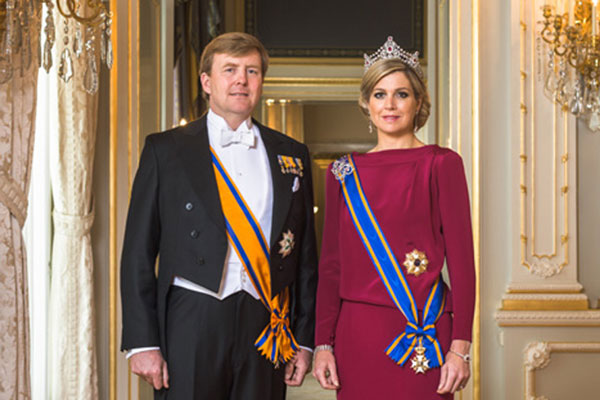 Willem-Alexander and Maxima of Netherlands ©DR

Kingsday, the Dutch National Day, brought together a large part of the Dutch community from the French Riviera at Chateau Font du Broc in the Var.

On Monday, April 27, 2015, on the occasion of the Kingsday, Peter Van Santen, Honorary Consul of the Kingdom of the Netherlands, organized a reception in the prestigious vineyard Chateau Font du Broc in Les Arcs-sur-Argens for the celebration of the Netherlands National Day. The reception was enlivened with music, culture and gastronomy, following the traditions of the country.

The great national day in Holland

On Koningsdag (Kingsday), the country and its inhabitants dress in orange and many concerts enliven feasts and celebrations. Since 1949, this day celebrates the anniversary of the previous queen, Queen Juliana, on April 30. Before 1949, it was the Queen’s Day, as it was called at the time, on August 31, the anniversary of the former queen Wilhelmina. From 2014, the Dutch celebrate King’s Day on William Alexander’s anniversary, on 27 April. 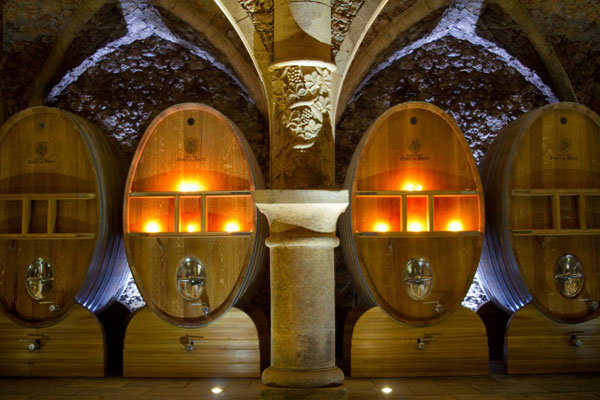 A place of prestige and authenticity

The Consul Peter Van Santen had invited the Dutch from the French Riviera to celebrate Kingsday in the prestigious Chateau Font du Broc, whose excellent wines and exceptional Lusitanian horses have made reputation.
Besides the presence of the Dutch in number, several international representatives were associated with the Dutch National Day and honored the reception given by the Consul Peter Van Santen: Sweden, Romania, Kazakhstan, Italy, Lithuania, Germany, Denmark, Belgium, Argentina Algeria, Russia and Great Britain.

In the Netherlands, the 16.5 million people overwhelmingly favor the Royal House of Orange-Nassau. King Willem-Alexander, as his wife, Queen Maxima, as well as the Queen Mother Beatrix, are very close to the people. They feel concerned and are very involved in the daily life of the Dutch. The Royal House has always provided great stability to the country despite the different electoral changeovers. 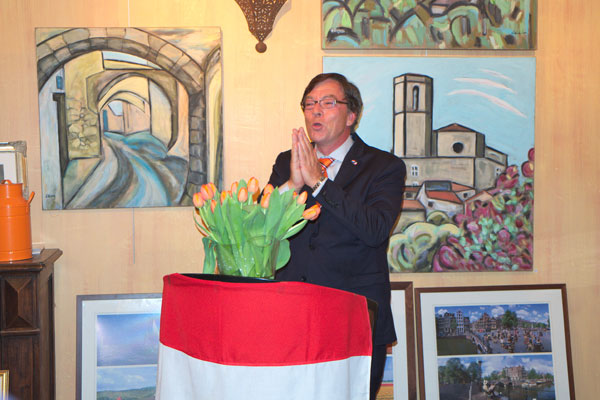 Peter Van Santen, Honorary Consul of the Kingdom of the Netherlands

The roots of the House of Orange originate from the region of Orange in France, a link which dates from the 16th century. This year, Holland also celebrates the bicentennial of the Kingdom in its present constitution. In the 19th century, the Kingdom had three kings: Willem I, II and III. At the death of the last, his wife Emma, acted as regent because their daughter, Wilhelmina, was under the legal age of majority.

Emma was a little woman who was cycling fuss-free at Soestdijk, the royal residence, on a new bike model with a curved frame to ease the use with a long dress. Therefore, it’s from her that derives the bicycle nickname of La Petite Reine (the Little Queen). 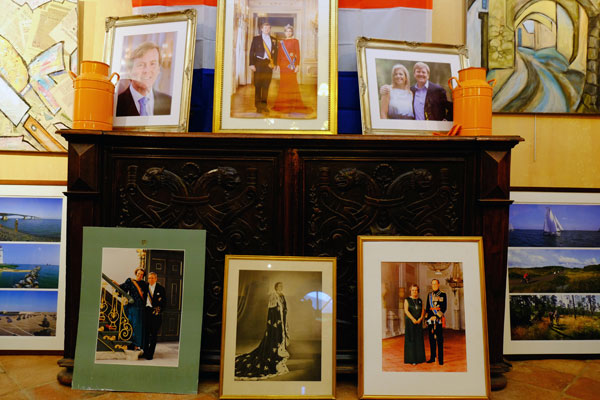 A succession of Kings and Queens

In two centuries, the Dutch have seen three kings and three queens, since, in 1890 Wilhelmina ascended the throne and, 50 years later, Queen Juliana succeeded her, followed by Queen Beatrix. The current sovereigns, Willem-Alexander and Maxima, have three daughters; the eldest, Catharina-Amalie, Princess of Orange and Orange-Nassau, is expected to succeed her father.

For decades, France has been the Dutch’s destination of choice for holidays and about 100 000 have settled to live there year round. On behalf of the Dutch from the region, the Consul Van Santen has sent His Majesty a message of congratulations.

The Consul’s speech of the ended with a triple “Hooray!”, as usual. 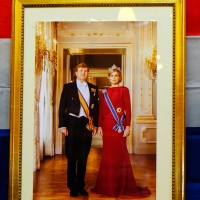 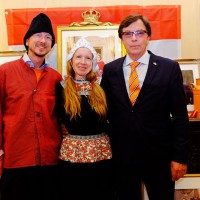 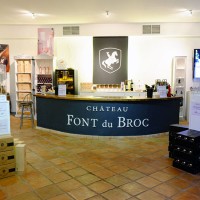 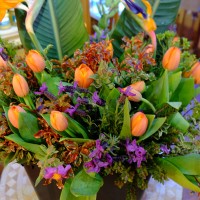 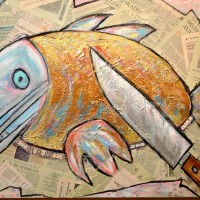 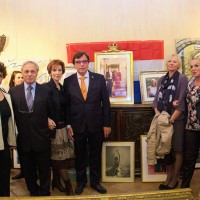