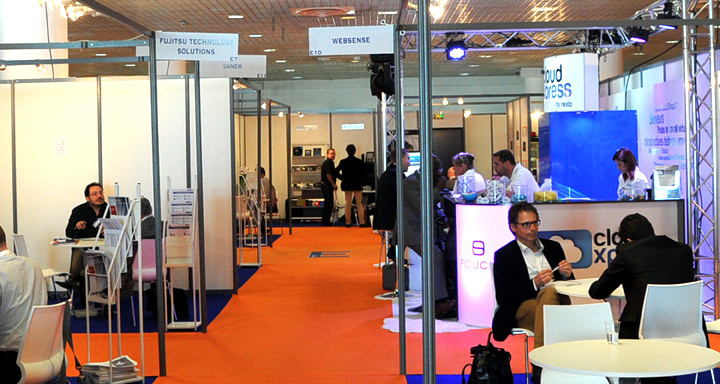 Innovation at IT Meetings 2014

On March 19 & 20, 2014, IT Meetings in Cannes, the trade show dedicated to Information Technology professionals was exhibiting some 70 innovatives companies, out of which we selected three.

Fujitsu has developed the safest ever biometric authentication based on the circulation of blood in the palm of the hand.

Originally, this system was created by Fujitsu as a result of the numerous earthquakes that regularly hit Japan, because many people lost their identity documents and bank cards, finding themselves without identity or means of payment.
The PalmSecure technology has enabled the Japanese simply by placing their palm to the device, to authenticate and to withdraw money safely. Based on Biometric Encryption technologies, PalmSecure system of recognition of blood flow in the veins through infrared sensor allows a 100% secure, unique and specific to each user authentication.
This system is is contact-free, which makes it very hygienic and offers maximum safety and accuracy. It guarantees data security and prevents any possibility of reproduction, that other authentication systems do not offer (fingerprint, iris recognition, password… )
Fujitsu thus strengthens its “Human-Centric” principle of innovation: adapting to the needs of the people for the future.
Fujitsu’s PalmSecure won the 2014 IT Meetings Awards Gold Trophy. 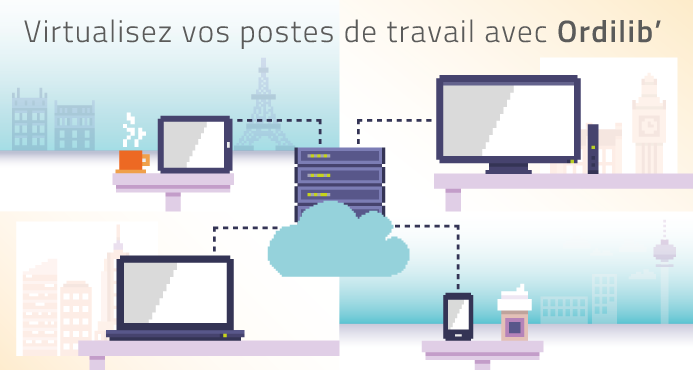 Ordilib is available in Windows or Linux environments, the desktop is thus available on PC, Mac and iPad or Android tablet.
The technology enables a homogeneous IT infrastructure and rapid deployment of a user’s environment as opposed to a “classic” work station. The life cycle of user’s work environments is fully developed, also facilitating the migration from one system to another.
Ordilib’ is using a Green IT technology generating a low power consumption: <15W per user. It allows to reduce cost due to less equipment purchase. In addition, by infrastructure pooling, Ordilib’ reduces the individual use of resources.
Ordilib’ won the 2014 IT Meetings Awards Silver Trophy. Everyday life now generates millions of data, structured data such as cars or planes sensors, or disparate such as those from social media or emails, all in the form of large volumes of data. Marketing needs to decrypt these Big Data, transform into a readable format and analyze them quickly.

Talend provides Big Data quality functions that take advantage of the massively parallel environment of Hadoop, a thechnology conceived by a community of developers, hence its Open Source vocation. This thechnology allows to divide the work: the activities are divided in thousands of “threads”, allowing thousands of operations at once.
Real-time applications are endless : for example, sensors on supermarket trolleys would allow to discern the “dead” areas in the supermarket and decide the promotion of products in them. Or a politician delivering his speech could have a real-time feed back, by analyzing the Twitter stream, of the negative or positive effect of his proposals and insist on “good” issues. Data collected in aircrafts compared to meteorological data help to determine flight paths…

Innovation at IT Meetings 2014 was last modified: February 6th, 2021 by tamel