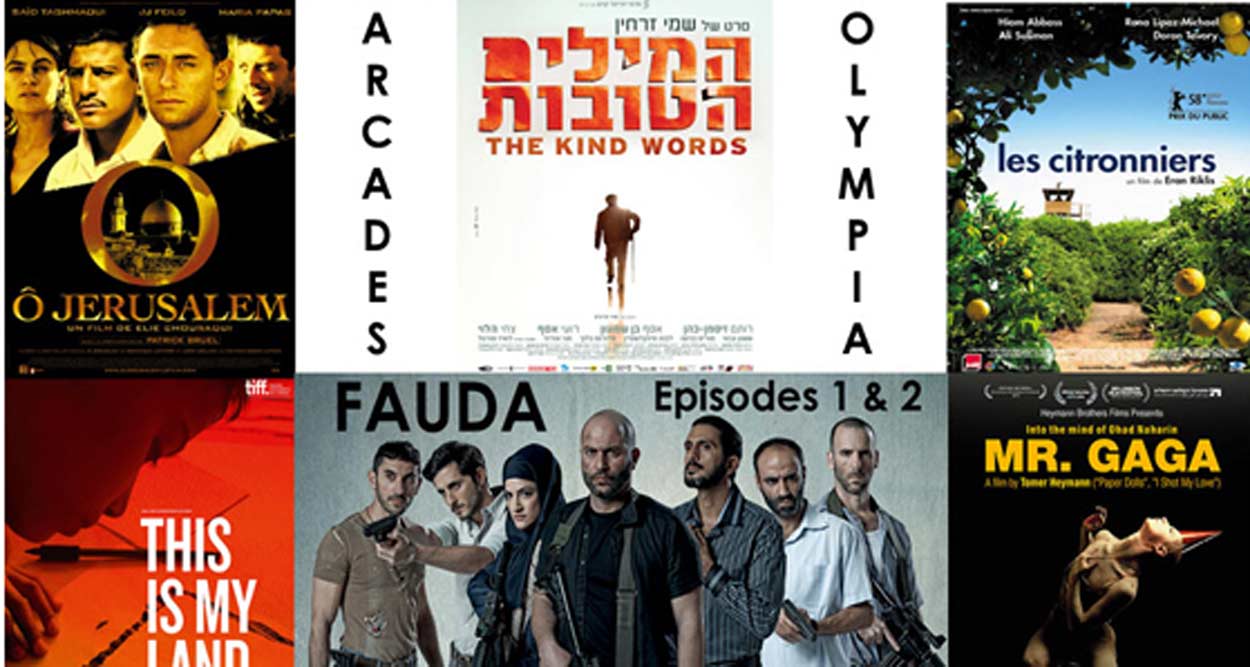 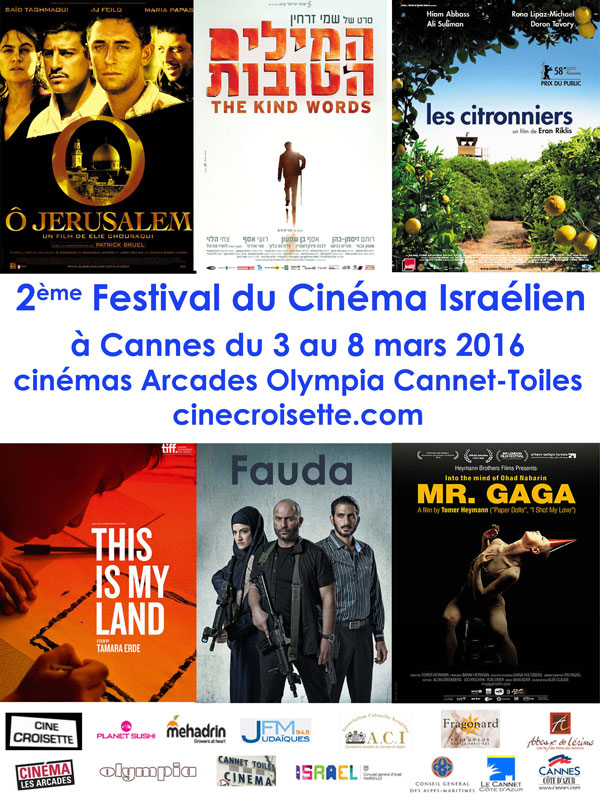 The Israeli Film Festival, from 3 to 8 March in Cannes, will welcome on its opening night the director Elie Chouraqui and his film O Jerusalem.

The Israeli Film Festival, organized by Ciné Croisette chaired by Serge Balisewsky, will take place in the cinemas of Cannes, Arcades, Olympia and Le Cannet at Cannet-Toiles.
Its opening night at the Olympia theater in Cannes will be marked by the screening of the wonderful film O Jerusalem in the presence of the great French-Israeli director Elie Chouraqui, godfather of this second edition of the festival. 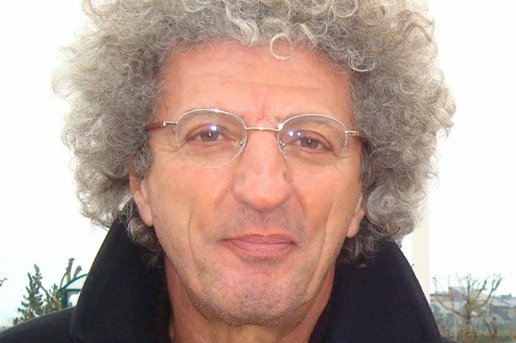 The creation of the State of Israel to open the festival

Like in Otto Preminger‘s movie Exodus in 1960, with Paul Newman as main actor, O Jerusalem is based on the novel by Leon Uris and tells the story of the creation of the state of Israel. This docudrama tells the friendship between an American, Bobby Goldman, a  New York Jew and Saïd Chahïm, an Arab from Jerusalem emigrated to the US, who both go to Jerusalem. Made in 2006, the film is an Israeli, French, Greek, Italian, English and American co-production.

Short films at each screening

Each film screening will be preceded by a short film from the Sapir Film School, located in Sderot in Israel. This school will be represented by Dominique Welinski, producer and head of international relations for the Sapir College.
Reflection / Layla / Holot / Insight / Gezeme / Second world war: Third generation 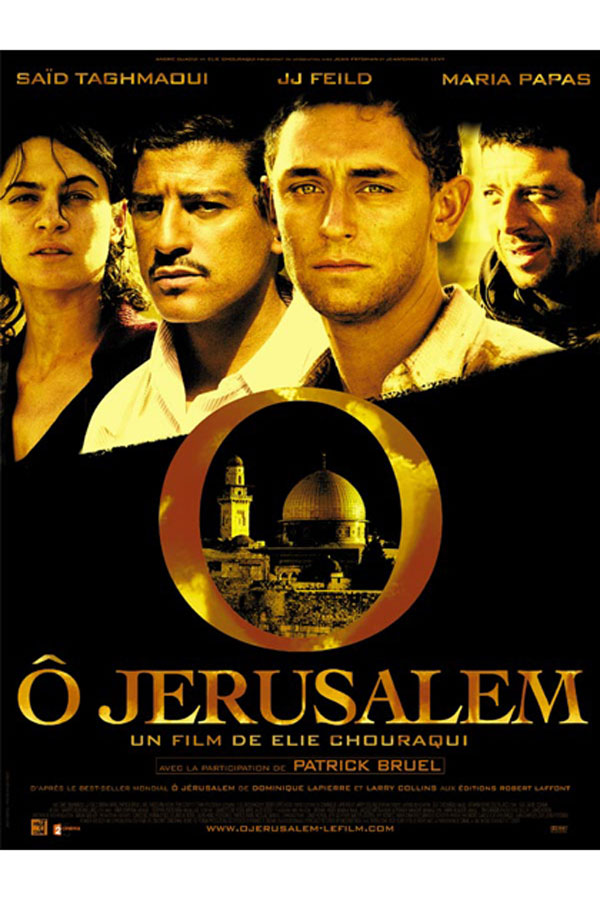 November 27, 1947: the representatives of 56 countries, members of the United Nations, vote on the partition of Palestine. That very year, in New York, two friends aged 27, Bobby Goldman, New York Jew, and Saïd Shahin, Arab from Jerusalem, live in the carefree atmosphere of the end of World War II and share with fervor same ideas and values. Shocked by the events that will soon inflame Jerusalem, Bobby and Saïd board a ship bound for the Holy Land. 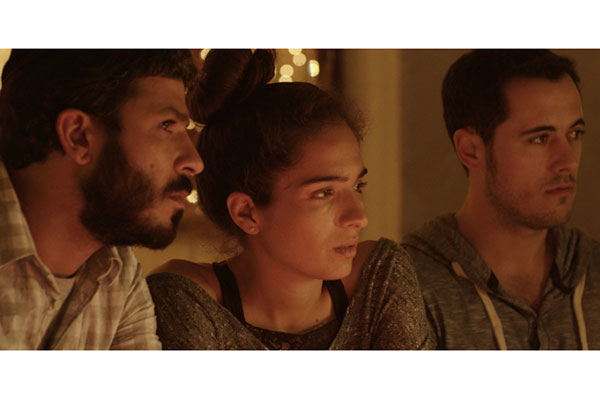 After the death of their mother, three Israeli Jews find their biological father was Muslim, and go to France to try to find it. 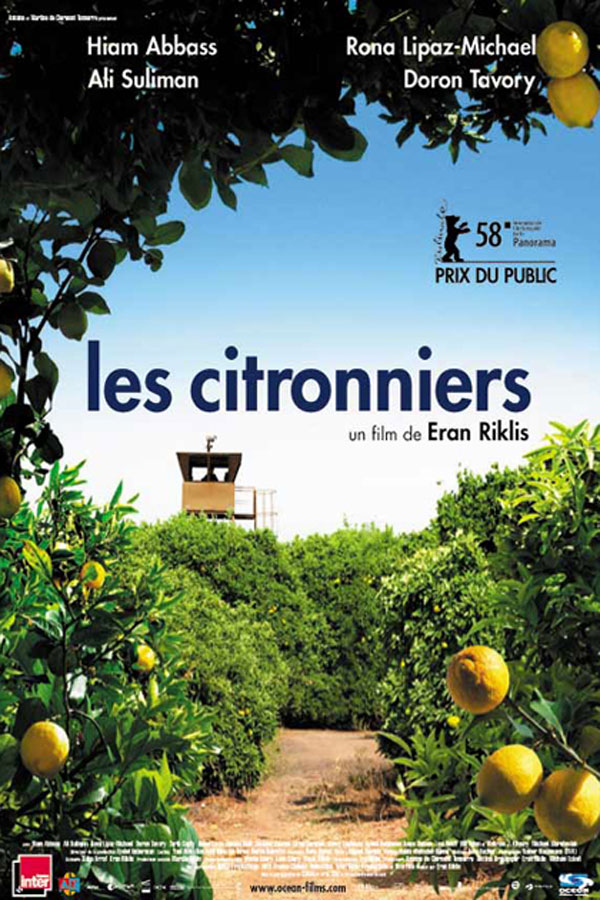 Salma lives in a small Palestinian village in the West Bank on the Green Line separating Israel from the occupied territories. Her lemon grove is considered a threat to the safety of her new neighbor, the Israeli Defense Minister. He orders Salma to cut down the trees under the pretext that terrorists could hide underneath. Salma is determined to save at any cost her beautiful lemon trees, even if it means going to the Supreme Court to face the formidable army of lawyers supported by the government. 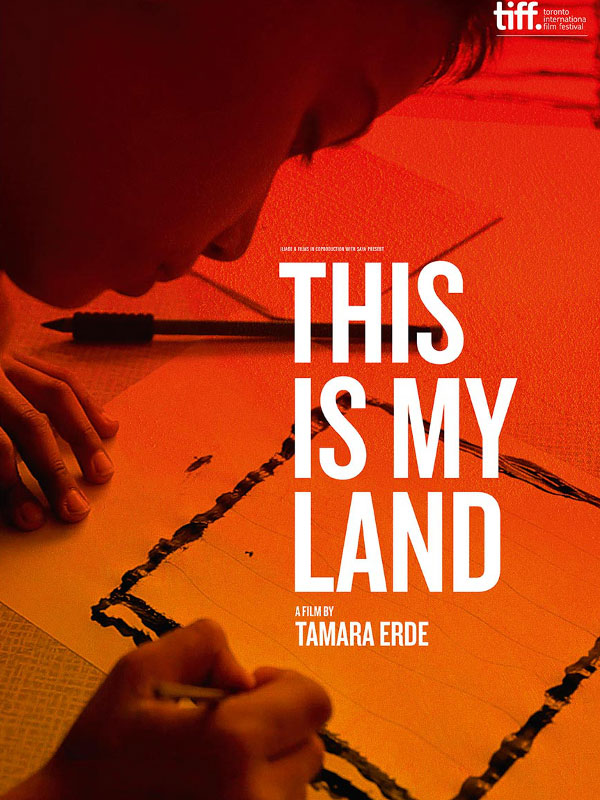 This Is My land

How Palestinian and Israeli school curricula deal with the history of their country? During a school year, This Is My Land is following several Israeli and Palestinian teachers. Through the various programs imposed by the ministries and everyday’s reality of life in the classroom, the film offers a unique perspective on the Israeli Palestinian conflict and its profound and lasting impact on future generations. 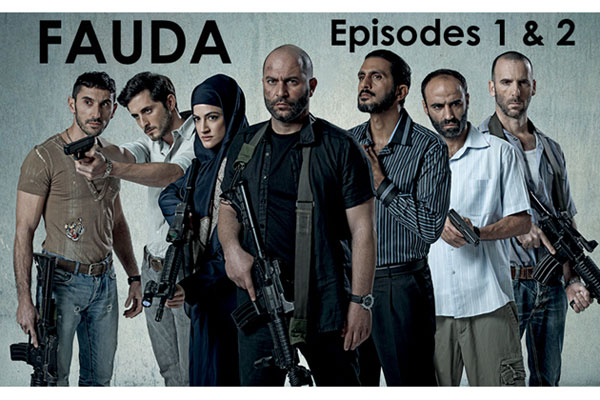 Premiere of episodes 1 and 2 of the TV series whose season 1 was a hit. An exciting look at the daily life of Israeli intelligence agents infiltrated in the West Bank for a political and psychological thriller soon aired on French channels. 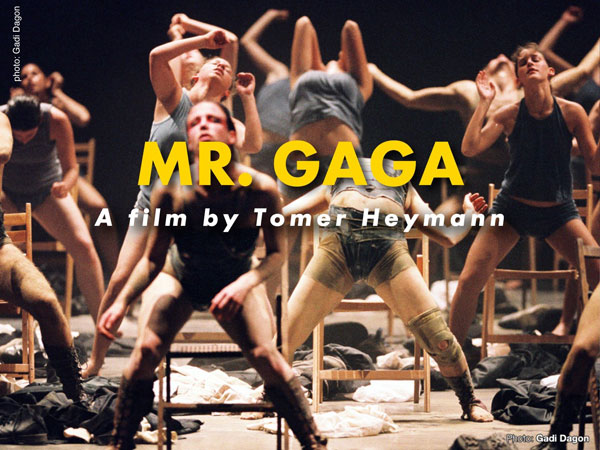 A documentary about the famous Israeli dancer and choreographer Ohad Naharin. Born in the fifties, he is one of the most recognized contemporary artists. His choreography is deliberately militant and subversive. He began his career with the personalities like Maurice Béjart. He is the creator of Gaga, a body language he invented in the 1990s.

On 6 March, afternoon concert with the vocal ensemble Renanim and Slideshow Street Art, followed by a cocktail of Israeli specialties.

The Israeli Film Festival is supported by Anita Mazor, Consul General of Israel in Marseille, and placed under the patronage of Cannes Townhall, David Lisnard, Mayor of Cannes and Frank Chikli, Councillor of Tourism, Gérard Bavard, President of the Cannes and region Israelite Consistory, David Moyal, Cannes Rabbi and Father Abbot Vladimir, Abbey of Lerins Monks.

Israeli Film Festival
March 3 to 8 in Cannes and le Cannet
Cinema Olympia, Arcades and Cannet-Toiles
Rates: € 6.50 in the evening / € 4.50 in matinee

Pass all screening: individual € 30 / couples € 50, giving the right to 5 festivals in 2016 (free for Ciné Croisette members)
The Pass provides free access to the sessions of the 4 other festivals: Tunisian, Chinese, Québécois, Japanese, more than 35 films.
The detailed program schedule is available on the website of Ciné Croisette and at cinemas Olympia and Arcades.