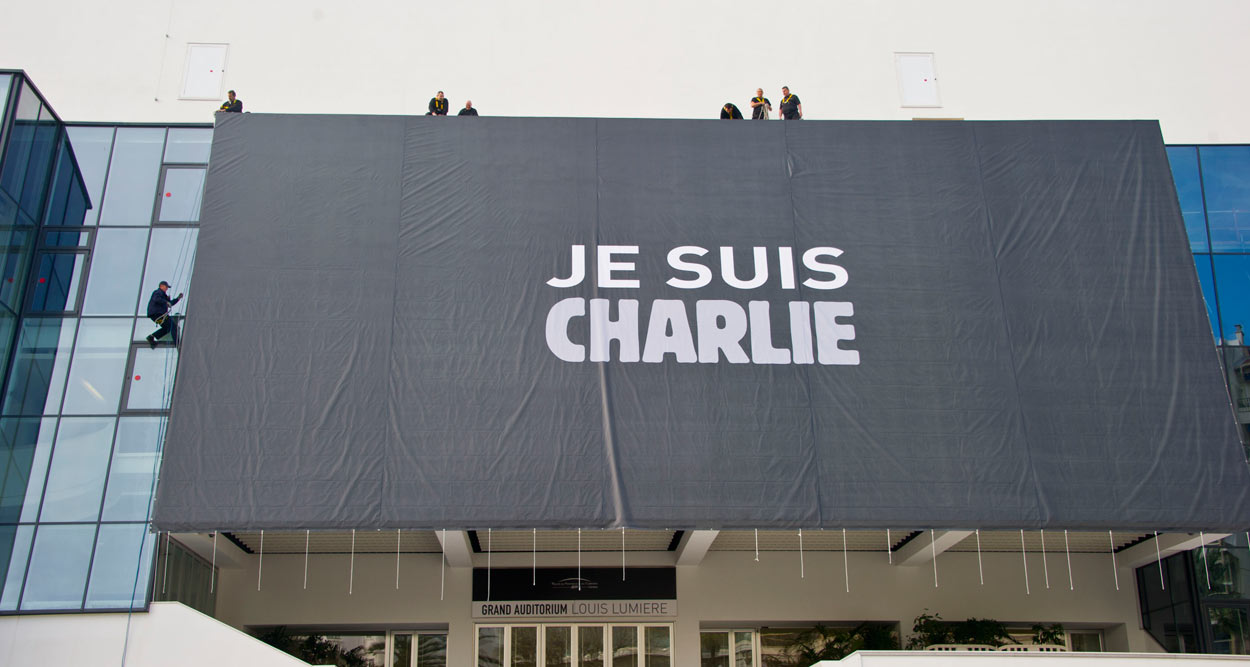 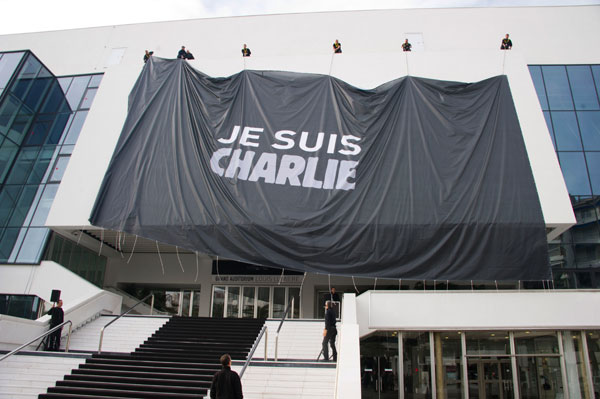 At the initiative of the Mayor of Cannes David Lisnard, the Palais des Festivals des Congrès of Cannes has dressed up with a huge “Je Suis Charlie” banner.

On Friday, January 9, 2015, David Lisnard, Mayor of Cannes, surrounded by the sub-prefect Philippe Castanet, Mrs Claire-Anne Reix, President of the SEMEC and Martine Giuliani, Director of the Palais des Festivals, presided at a moving ceremony during which a banner with the message Je suis Charlie was hoisted to the façade of the Palais des Festivals, in tribute to the victims of the deadly terrorist attack that took place on January 7 at the headquarters of Charlie Hebdo.

David Lisnard called for a demonstration at the City Hall on the evening of the attack, during which he brandished Charlie Hebdo’s cartoons and said: “The best way to respond to these murders, is to affirm our republican values in the open.”
The mayor has installed a first banner “Je Suis Charlie” on the facade of the Town Hall. 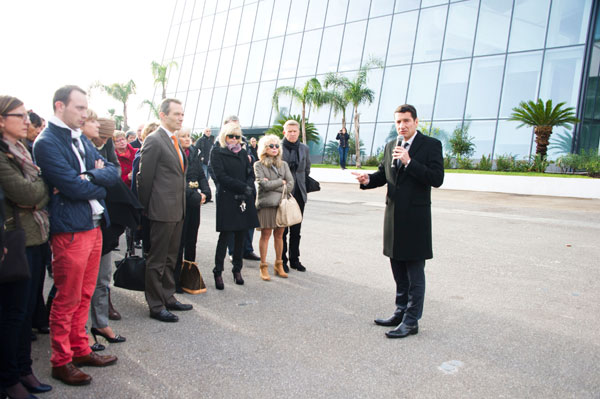 During the installation of the banner at the Palais des Festivals, David Lisnard expressed support to the national and municipal forces of law and order and paid tribute to their action, as in the same, they were surrounding the terrorists hiding in company in Seine and Marne.
The monumental 265 m2 banner overlooking the famous Marches Rouges – coated in black for the occasion – was placed on the Palais des Festivals as it is a global crossroads of expression, creation and freedom and liberty and diversity of culture, a symbol of openness to the world through the many events it hosts like the Festival de Cannes, the Lions (Festival of Creativity), the MIPTV, MIPCOM (television program markets), the MIDEM (music market). The Palais also hosted the G20 in 2011.

“The Palais embodies the freedom of all that bothers the fundamentalists and jihadists and what they want to silence.” David Lisnard said.

David Lisnard said: “Charlie is humanism and civilization, freedom and dignity. The Charlies are the victims: the journalists, cartoonists, the policemen. Charlie is the spirit of democracy, the republican spirit.
The banner “Je Suis Charlie” shows support of the free world to republican and democratic values against the barbarity of terrorism.
In the presence of the authorities, elected officials and employees of the Palais, the banner was hoisted from the bottom of the stairs to the top of the façade to the audience’s applause. 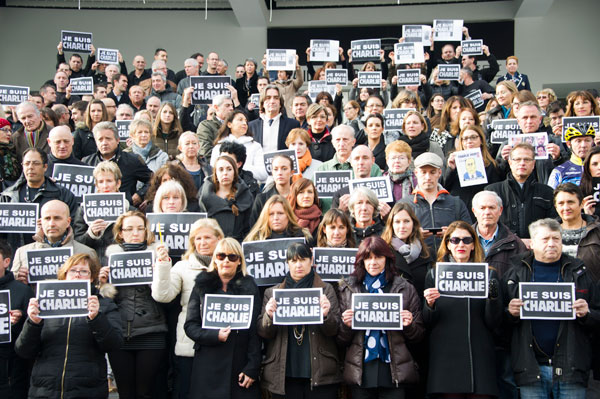 We all are Charlie

Denouncing the cowardice of the “Kalashnikov against the pencils”, David Lisnard called the elected officials to also brandish Charlie Hebdo’s cartoons “to show that we are not afraid!” He quoted Charles Peguy: “The secret of happiness is freedom and freedom is courage.”

At the end of this article, we featured a few iconic cartoons as tribute to the spirit of Charlie Hebdo and the victims and their families. 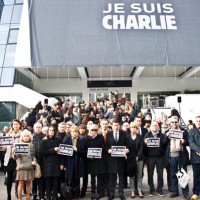 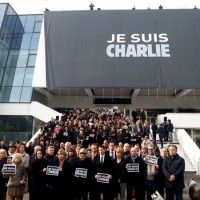 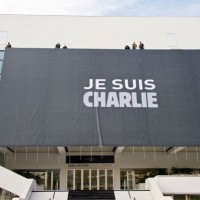 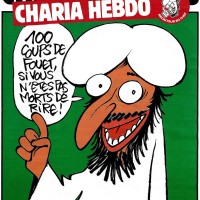 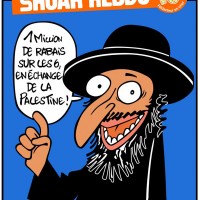 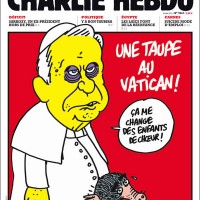 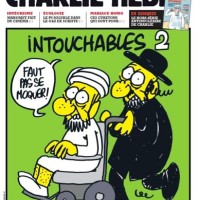 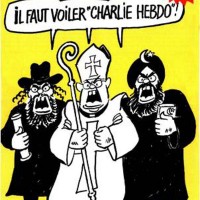 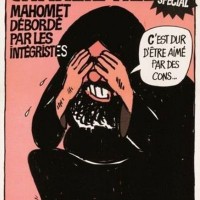 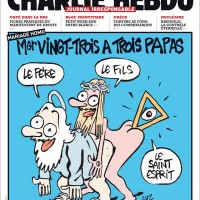 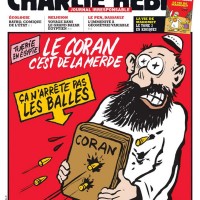 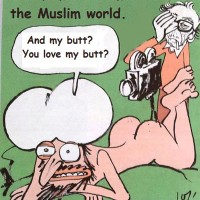