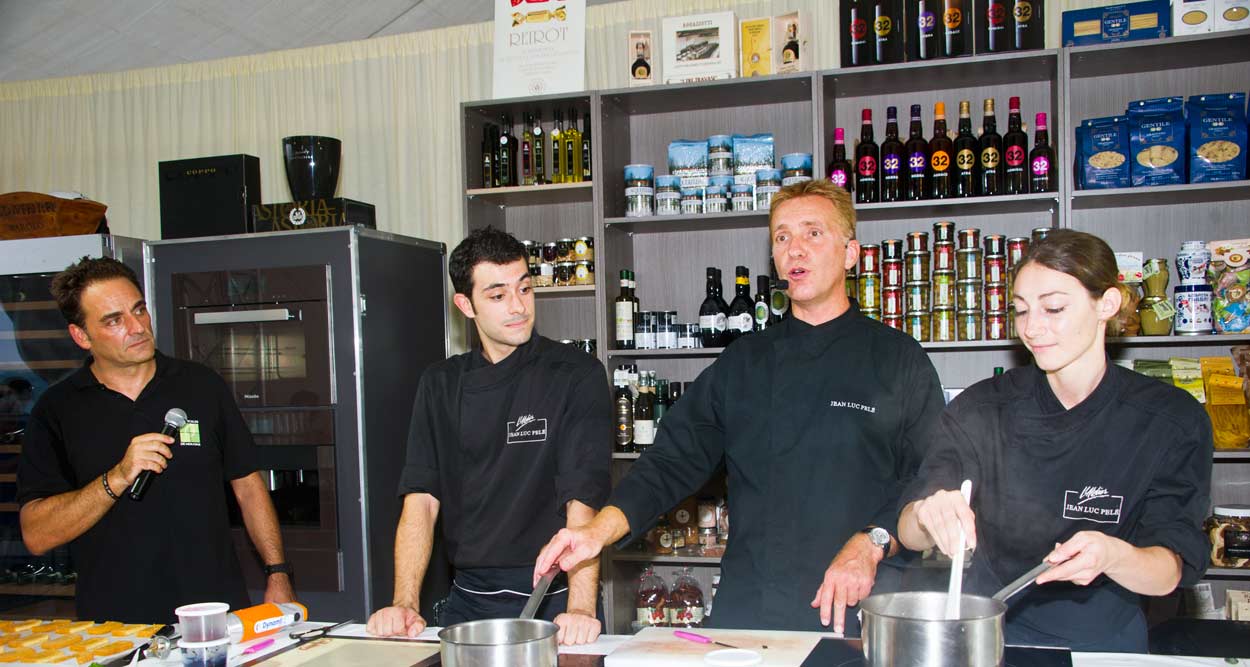 At the 9th edition of the Etoiles de Mougins, under the theme of dessert, the famous artisan pâtissier-chocolatier Jean-Luc Pele made live his creation Mi-Figue Mi-Raisin.

The regional artisan of Norman origin Jean-Luc Pele demonstrated one of his recipe at Espace La Cambuse of the Etoiles de Mougins, the International Gastronomy Festival, featuring this year’s theme: “What if we started with the dessert”. Fabien Giorgian, pastry chef and Aurélie Collaudin, chef chocolatière were accompanying him. All three performed live in front of an attentive and treats-loving public their delicious creation Mi-Figue Mi-Raisin. This pastry highlights the combination of authentic and seasonal produces from our beautiful Mediterranean terroir.

Jean-Luc Pele, Artisan  pâtissier-chocolatier comes from the great tradition of French pastry. After starting his career in the major renown Parisian house Lenotre, he opens in 1988 his two workshops, one in Meudon, and another in Saint-Germain-en-Laye and later in Voisins-le-Bretonneux and Versailles.

Building on the success of his creations, Jean-Luc Pele chose Cannes to open his first Atelier de Gourmandises in the South of France in the popular Rue Meynadier in 2007. Since two years, he is located in the heart of the rue d’Antibes. Jean Luc Pelé has conquered the heart of the Cannes public thanks to the elegance, originality and diversity of his creations. His expertise of chocolate and the warm and cozy atmosphere of its establishments make of him a key figure in Cannes.

This lover of the “bien-faire” and the “bien-manger” attaches particular importance to his creations. He uses natural or organic local produce for making bread and pastries. Concerned about the health of his clients, he minimizes the fat and sugar and reinvents gourmet and traditional recipes showcasing his artisan work.

Jean-Luc Pele is also a talented baker. During the TV competition for the best bakery in France on M6 channel, for which 86 participants from all regions of France had been selected, the bakery Jean-Luc Pele won the title of Best Bakery in the PACA region.
After a thrilling suspense of seven weeks, our favorite baker led his department and his entire region in a race to try to win the prestigious title of “Best Bakery in France” in the M6 show. The Cannes baker, with his two chefs Christophe Cursat and Franck Gicquel, had the great pleasure to feature in the national finals.

A man in a hurry

Today, Jean-Luc Pelé is leading fifty employees. He has plenty of projects in mind including the creation of franchises abroad and an online store. 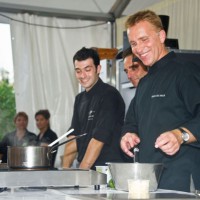 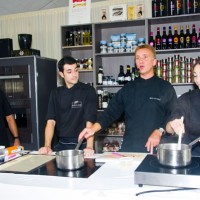 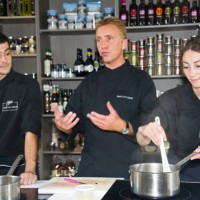 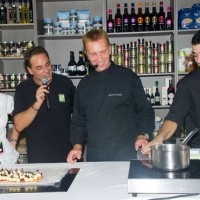 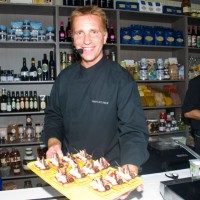 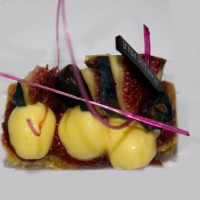