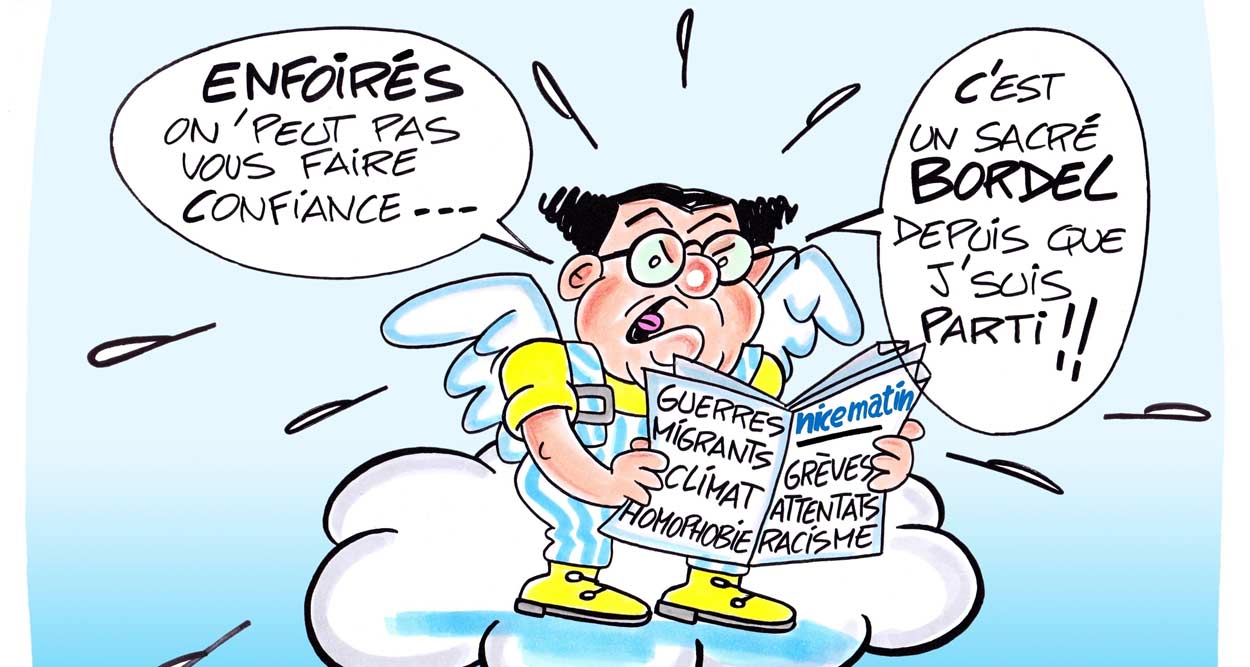 Kristian, Guest of Humor in Valbonne 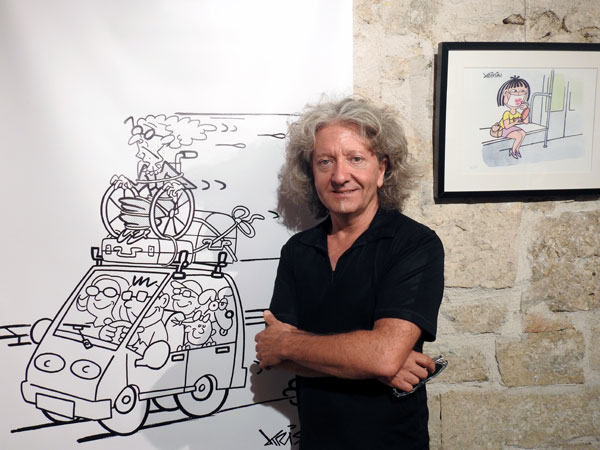 Kristian, the cartoonist famous for his cartoons in national and international press, is the guest of honor of the 2016 summer season in Valbonne Sophia Antipolis.

Kristian is a cartoonist who lives and works on the French Riviera, in the charming village of Cabris above Grasse. Another enchanting place, the medieval village of Valbonne, is exhibiting his cartoons throughout the summer, from July 22 to September 4, 2016. Visitors wishing to leave the furnace the Riviera seafront and who will walk in Valbonne, attracted by the authenticity of its old stones and the freshness of its shady streets, will find two exceptional venues for a very humorous Valbonnaise summer exhibition. At the foot of the village, the abbey church of the thirteenth century with its Holy Spirit chapel, built by the monks of the Order of Chalais in 1519 and, at the exit of the village, the Town Hall. 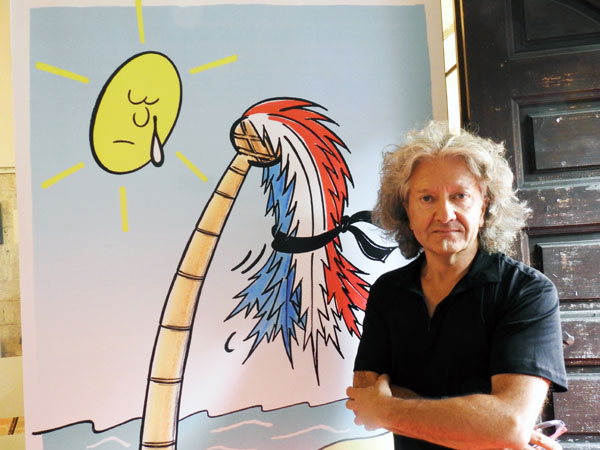 An artist with the exceptional career

The cartoonist is a very talented artist who has the art of making us dream, smile or think. Using his pencil, he takes us, with a few humorous traits, to some often fierce news while making things seem as undaunting as possible.
Kristian’s designer career began in the 80s with humorous news drawings made for the national and international press, television, the Festival International du Film de Cannes, the World Soccer Cup. His talent also expressed successfully in advertising design, posters, logos, business communication designs, stage sets, models of floats for the Nice Carnival, and vehicle body decorations.
Today, his humor and news drawings boast over 12 000 publications in France and abroad. His works have been exhibited in various humor shows in France, Germany, Belgium, Brazil, Bulgaria, Canada, Estonia, Italy, Mexico, at the Monaco Oceanographic Museum, the Peynet Museum of Antibes and in Japan since 1996 (Tokyo, Yokoama, Fukuoka, Osaka, Nara) and in Colombia in 2008. 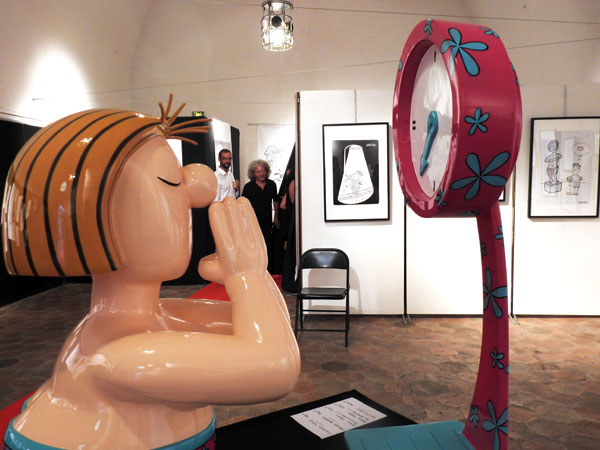 At the Saint Esprit room of the abbey church, Kristian exhibites his humor, black humor and erotic drawings, without text. The drawings originally were made for the most widely read Japanese weekly magazine Shukan Shincho, of which he was the cartoonist for 6 years. A total of 55 drawings and two sculptures are revealed to the visitor’s eye.
In the Hall of the City Hall of Valbonne, are hung 50 drawings depicting a recent or old news, made primarily for Nice-Matin and Monaco Hebdo. To better honor the guest of the summer season, five other cartoons, printed on large tarps, are placed outside and on the facades of houses in the village.
This year, Kristian was the designer of the 140 Altuglas sculptures (2m80 X 2m20) of the Ark Noah Climate made for Gad Weil and the COP 21.
The artist also made the sculpture Totem Coluche in Opio, commemorating the 30th anniversary of the disappearance of the comedian (steel and patined brass, 2 m 20). 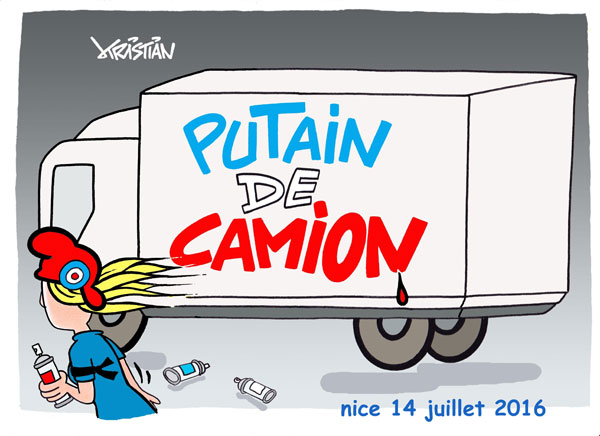 His next exhibitions will succeed in several venues in the world: Buenos Aires (Argentina) in September, the Salon de l’Humour in St-Just le Martel in October, New York in November, Cuneo (Italy) in February 2017, Tokyo in May or June 2017. In another field, three floats imagined and designed by Kristian, will parade next Nice Carnival in February 2017 in honor of Carnival King of Energies.

The opening of this summer exhibition took place on July 22 at the Salle Saint Esprit of Valbonne in the presence of the artist Kristian, of Marc Daunis, Senator and Mayor of Valbonne Sophia Antipolis, the members of the Municipal Council and the association L’Art Tisse. 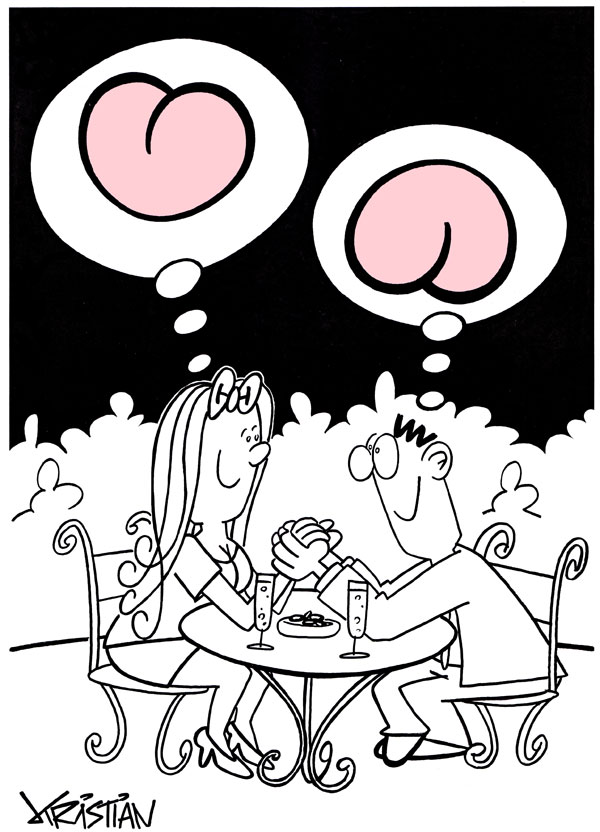 Click on pictures to enlarge – ©Kristian & YesICannes.com – All rights reserved 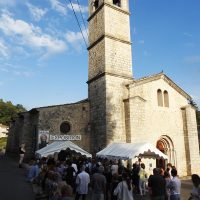 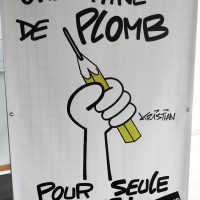 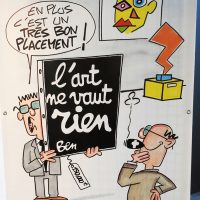 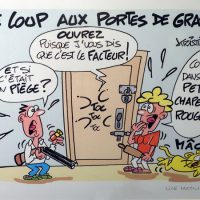 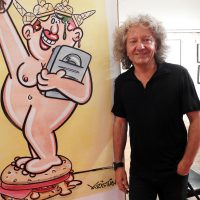 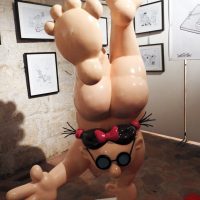 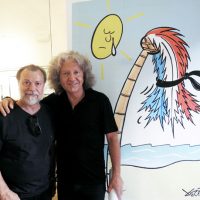 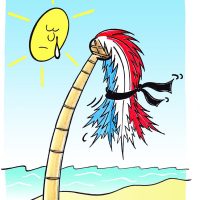 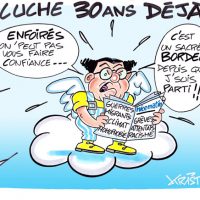 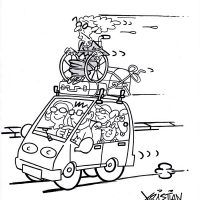 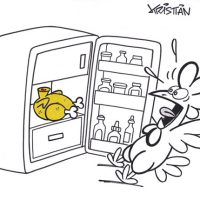 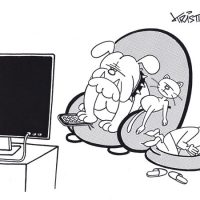 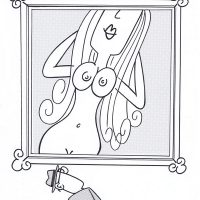 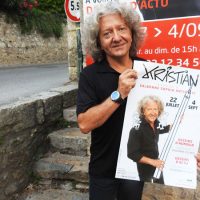 Kristian, Guest of Humor in Valbonne was last modified: July 25th, 2016 by tamel