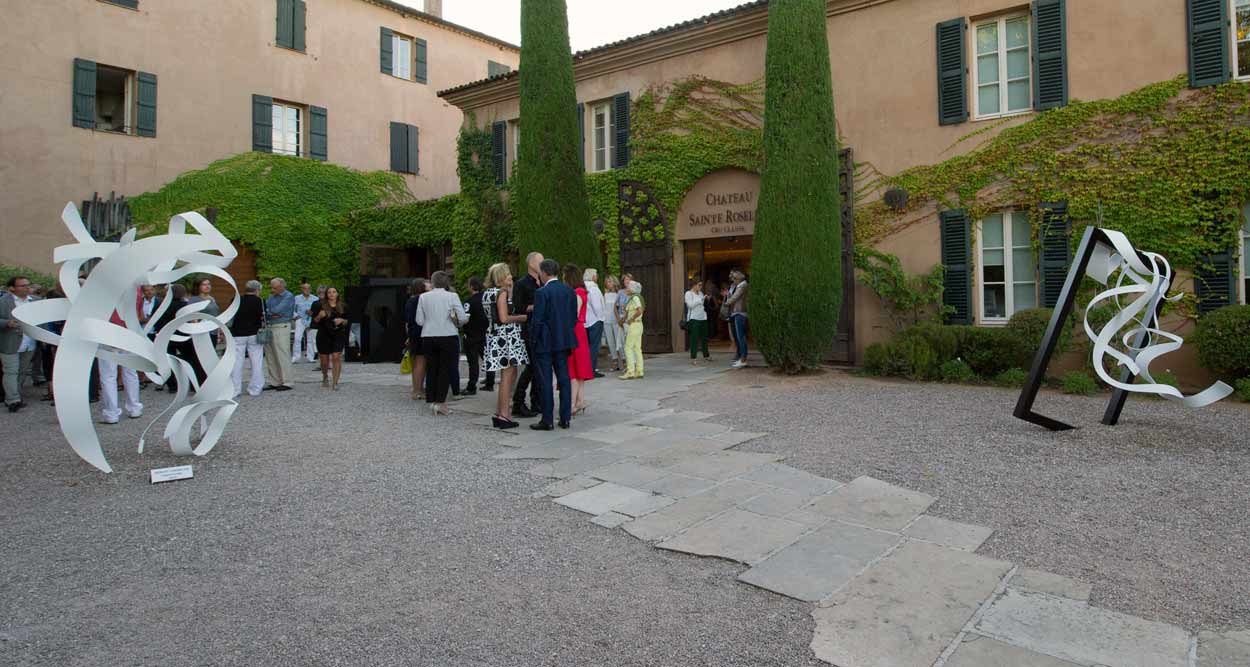 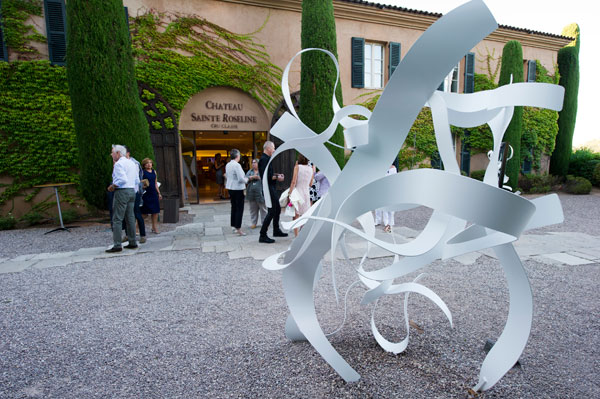 At Chateau Sainte Roseline, sculptor Benoit Lemercier showcases two sets of sculptures, Hypercubes and Superstring, opening a journey to the heart of the matter.

Benoit Lemercier present his sculptures for the summer exhibition at Chateau Sainte Roseline, a prestigious wine estate where Art is present both in the vines and at the Château and Chapelle Sainte Roseline. Simultaneously exhibited, two series of sculptural works explore the universe of matter and harmoniously combines the infinitely large and the infinitely small, opposing the angular stiffness of black lines to the flexibility of white entwinements. 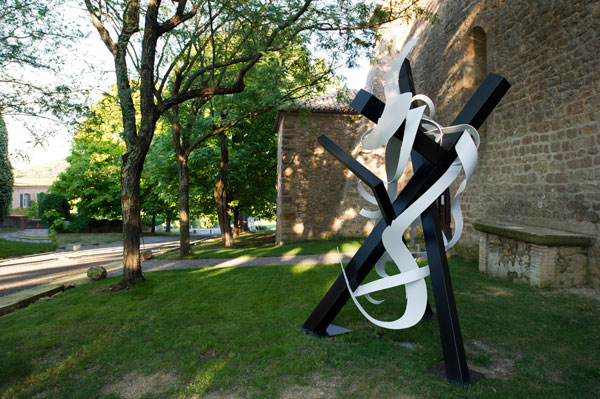 The Hypercube series of geometric, angular sculptures, black as hyperspace, open onto a spatial dimension composed of vacuum and air. Resting on the ground, the sculptures invite the viewers to turn around, discovering the different perspectives revealed by the artist on the universe that surrounds us.
The sculptures of the Superstring series illustrate a recent physical theory describing the smallest elements of matter not as particles but tiny vibrating strings. These white sculptures with light and abstract shapes undulate and unfold in space, filling it with their energy.
At Chateau Sainte Roseline, Benoît Lemercier presents some works where the two worlds are in harmony, showing the similarities between the worlds of the infinitely large and that of the infinitely small. 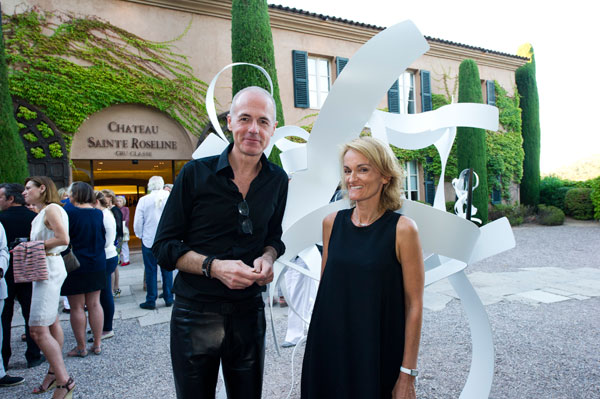 Journey to the heart of matter

Benoit Lemercier was born in 1965. He lives and works in Paris and Eauze in the Gers where he settled his metal workshop to realize his own steel sculptures.
Benoit Lemercier offers a poetic and artistic vision of the mysteries of the universe, from the infinitely small to the infinitely large. The sculptor built a visual representation of the reality of the world around us but that is not perceptible by our five senses.
In 1995, he organized his production in series for a journey in the heart of the matter. Towards the infinitely large, the series Hypercubes offers a representation of the fourth spatial dimension in a set of geometric, angular and black sculptures, which open opportunities and vanishing lines towards infinity. 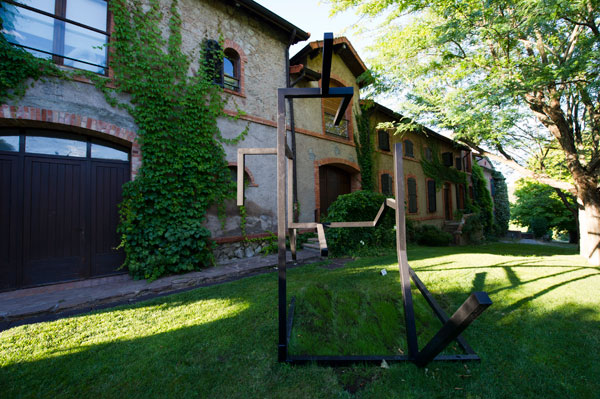 Predominance of mathematics in the universe

The Superstring series, based on quantum theory that describes atoms and other particles in terms of energy, gives expression, through a maze of white ribbons, to the infinitesimal waves of the smallest component of matter.
In 2001, Benoit Lemercier creates an artistic movement called Mathematicism to highlight the predominance of mathematics in the workings of the universe.
The works of Benoit Lemercier are featured in the collections of the National Fund for Contemporary Art of the Ministry of Culture and in important private collections in France Collection Société Générale, Collection Ar’Milin, Collection Bouvet-Ladubay…), Switzerland, Germany, Belgium, Great Britain and the United States. 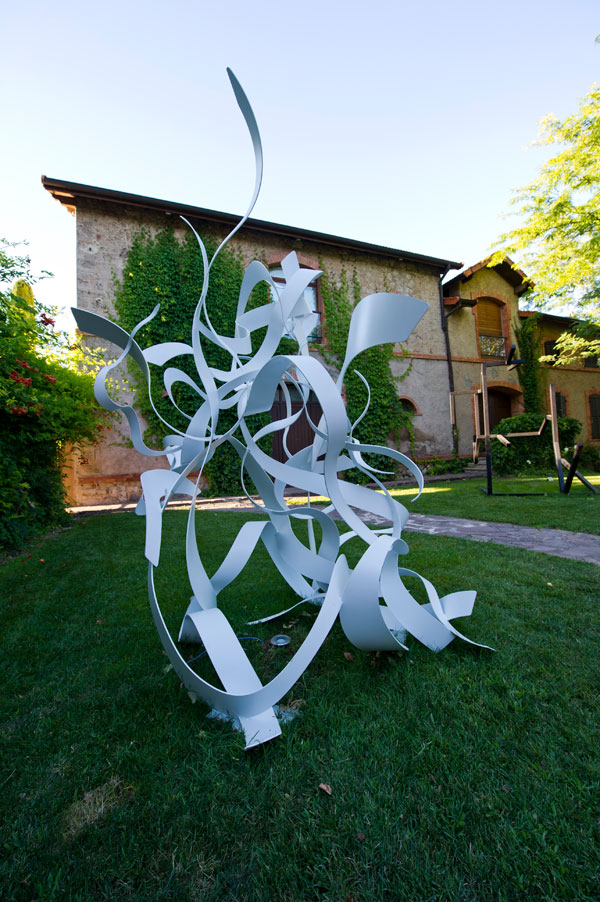 About the Chateau Sainte Roseline

The Chateau Sainte Roseline is located thirty minutes from Saint-Tropez, Cannes and the Gorges du Verdon. With its seven centuries of wine culture, the classed twelfth century vineyard managed by Aurélie Bertin, is producing famous Cru classé des Côtes de Provence Rosé, Red and White. The Château’s flagship, La Cuvée Prieure consacres nectars from the sunniest area of the estate, offering rich wines dedicated to gastronomy.
Pioneer of ecotourism in France, the Château offers a harmonious ensemble of wine, terroir, landscapes. Lovers of culture, history and heritage will discover with pleasure the Chapelle Sainte Roseline, classed historical monument in 1980, which houses the remains of Sainte Roseline de Villeneuve, heroine of the Miracle of the Roses. A reliquary is containing her miraculously preserved eyes. A wall by Chagall, a bas-relief by Giacometti and works by Bazaine and Ubac give an extra artistic dimension to the monument.

The summer exhibition at the Château Sainte Roseline is an excellent opportunity to mingle oeunotourism, Art and Culture and tasting of great wines of Côtes de Provence until October 16, 2016. 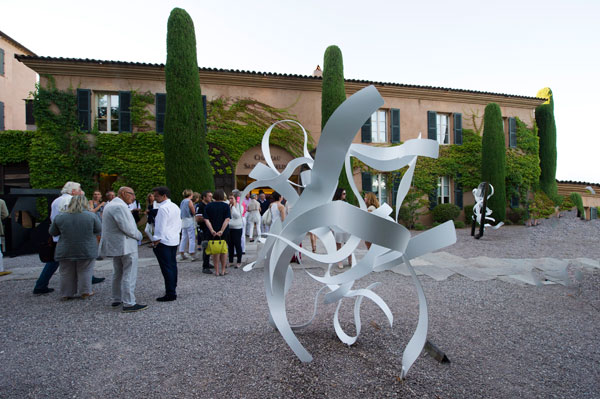 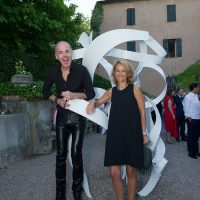 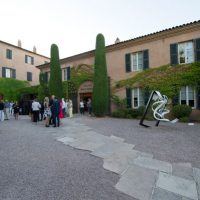 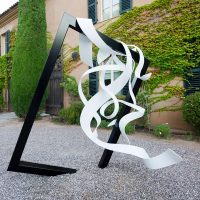 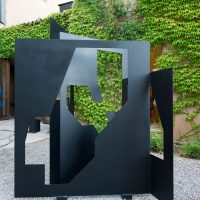 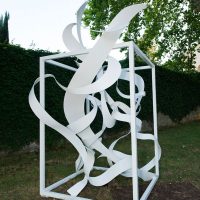 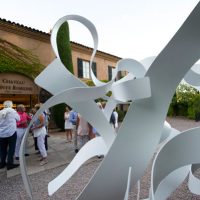 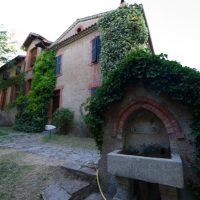 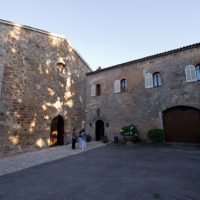 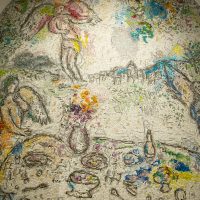 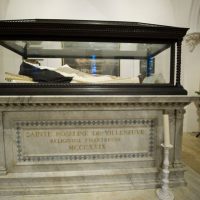 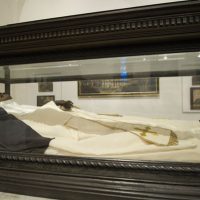 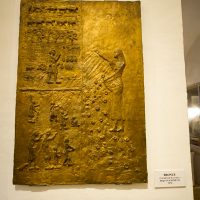 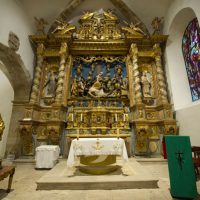 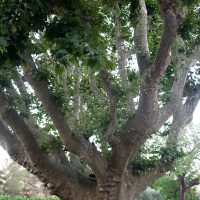 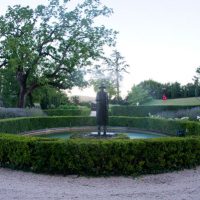 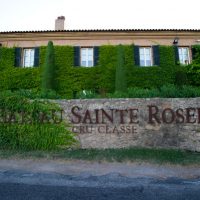