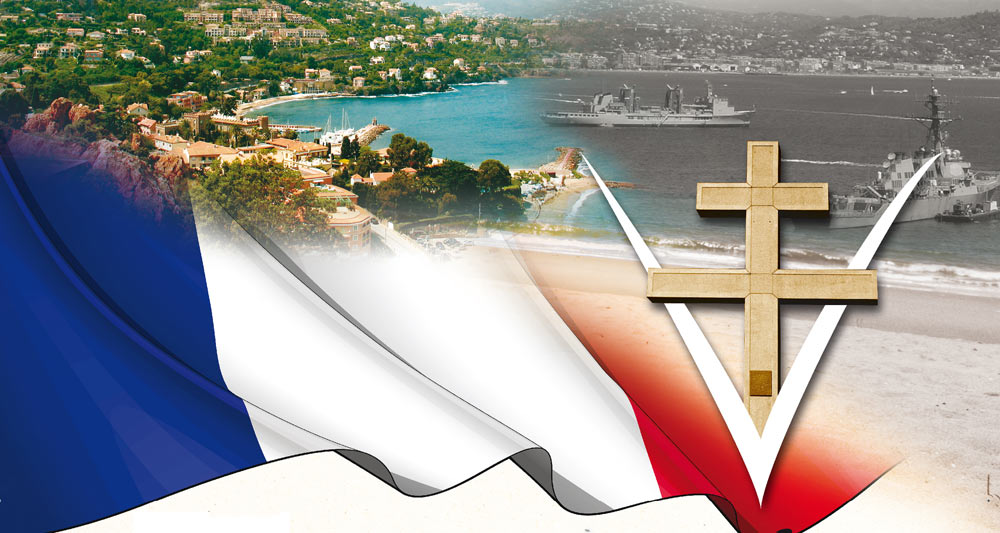 From August 14 to 16, 2014, Theoule sur Mer will celebrate the 70th anniversary of the Landing in Provence and commemorate the event through may ceremonies.

Theoule-sur-Mer was the only point in the Alpes-Maritimes where troops reach land during the Landing in Provence. On August 15, 1944, allied forces landed on the tip of the Esquillon to liberate the region. To commemorate this historic feat of arms, several ceremonies in the presence of U.S. authorities will be held on August 14 to 16 to honour the memory of those killed and the courage of all those who fought for freedom.

On the morning of August 15, 1944, between Cavalaire and Saint-Raphaël, begins the Operation Dragoon, codename of the landing in Provence, complementary to that of June 6 in Normandy (Operation Overlord).
On August 15, shortly after midnight, Colonel Walker’s “First Special Service Force” neutralizes the batteries on Hyères islands, while African commandos, led by Colonel Bouvet, reach the coast near the Cap Negre and overtake it.
Commander Seriot’s Naval Assault Group, arrived at the tip of Esquillon near Theoule sur Mer, faces the minefield in Trayas and fights hard.

On the occasion of the 70th anniversary of the liberation, the U.S. Navy ship “Mount Whitney” will be present in the bay of Theoule-sur-Mer and the crew will participate to the commemoration events and ceremonies.
Mount Whitney is the flagship of the 6th Fleet in the Mediterranean and the more efficient command ship in terms of computer communication and intelligence. Measuring 194 meters in length and 32.9 meters in width, she is equipped with an ultra-sophisticated equipment enabling her to ensure her mission of unity of command.

12:00: Naval Parade between Cannes and Toulon of foreign and French fleets 9:30 p.m. Fireworks at beaches of Vallon de l’Autel

8:30 p.m. Giant aioli and show with “Soul Man Family” on the beach at tip of the Aiguille