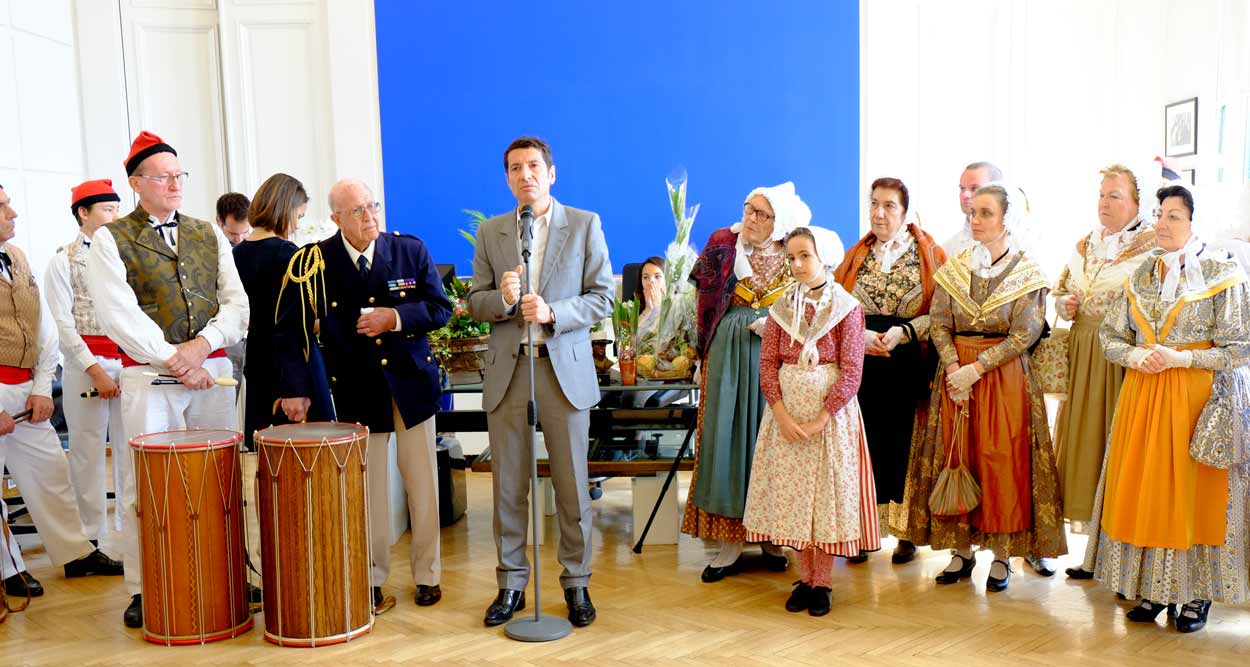 Lily Of The Valley For Mayor Of Cannes 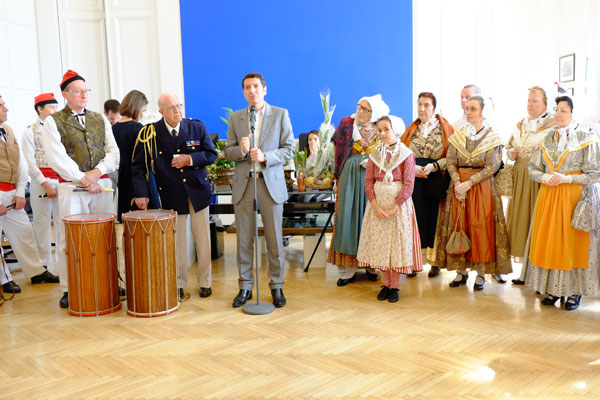 On May 1, the Mayor of Cannes David Lisnard received the traditional offering of lily of the valley, to the sound of fanfare and Provençal folk dance.

As every year, David Lisnard, Mayor of Cannes, was presented some “brins de Muguet” on May 1 and received the aubade to the Mayor by Provençal folk groups. Although Cannes is an “international village”, whose Festival attracts the cameras from the entire world – as well as the many world-renowned shows and fairs – it nevertheless kept alive its Provençal traditions with folk dances, songs and aubades. The offering of lily of the valley to the mayor is a respected tradition.

Lily of the valley for luck

According to a legend dating from 1560, the Chevalier Louis Girard allegedly offered King Charles IX a bit of lily of the valley, symbol of spring, happiness and renewal. Delighted, the monarch would have instituted the practice for the ladies from the court, declaring “that it be done so every year.” The custom would then disseminate across the country and today, the tradition has remained. On May 1, people offer a nice bit of lily of the valley to their loved ones. The delicate bell-shaped white flowers feel like the arrival of spring. It even appears that it is a good lucky charm supposed to bring luck and joy until the following year. 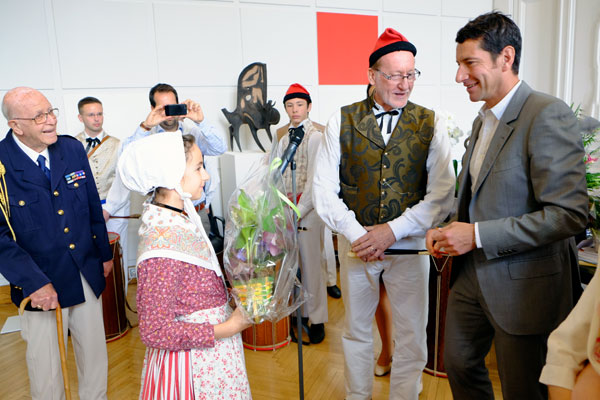 Offering of lily of the valley with fanfare

The tradition of lily of the valley on May 1 in Cannes has also been faithfully followed. At the City Hall, the Mayor of Cannes David Lisnard received the traditional offering of lily of the valley amid authentic rhythms by the harmonic group L’Espérence de Cannes, the folk dance Academie Dou Miejour and several Provençal academies, present for the occasion.
At the end of the aubade, David Lisnard offered Camille, a young member of the Esperance, a pair of “espadrilles” he personally had embroidered with the name of Cannes

Cannes redolent of the past

After the fruit and vegetable from the market, the words and drawings from present children, David Lisnard recalled in his speech that the city of Cannes draws its identity in deep Mediterranean and Provençal roots: “to bear beautiful fruits, a tree must have deep and strong roots.” Cannes was originally a small fishing village. It is now an international city and the world capital of cinema. The biggest stars of the 7th art come and walk its famous red carpet under the flash of photographers from the entire world. 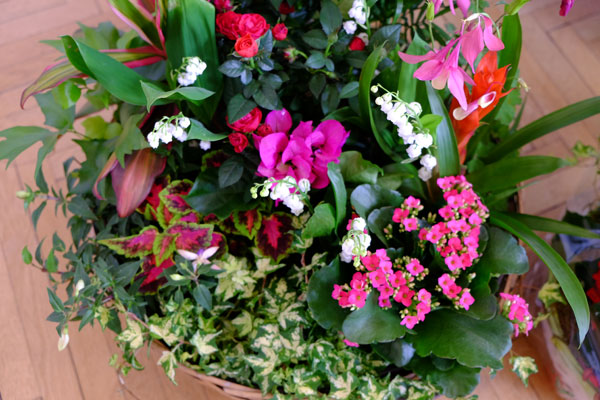 Yet, fossilizing it in its past would be to betraying Cannes: “We must adapt the traditions to times because we need traditions, rituals, to understand where we come from to know where we go. This is why we have restored the Provençal jousting in the port of Cannes, as we are valuing the Suquet to make an authentic village connected to the Forville Market, through new urban developments, with the creation of an artists’ district to promote the creation, and a museum of Provençal arts in the museum Victor Tuby to promote our culture, our Provencal identity. ”

Resumed in a choir by the Mayor of Cannes and the assistance, the traditional Aubade in Provençal, the Coupo Santo, naturally closed this wonderful meeting of May 1, very promising for the city of Cannes. 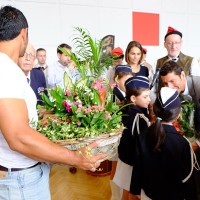 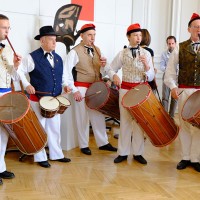 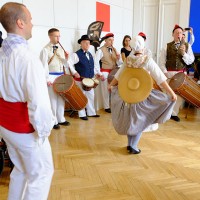 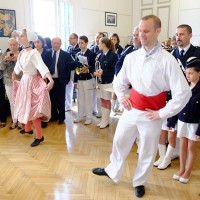 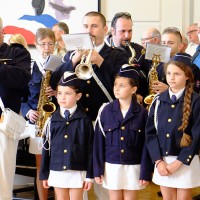 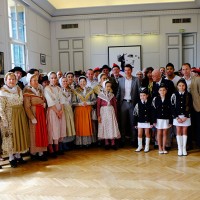 Lily Of The Valley For Mayor Of Cannes was last modified: May 4th, 2015 by tamel