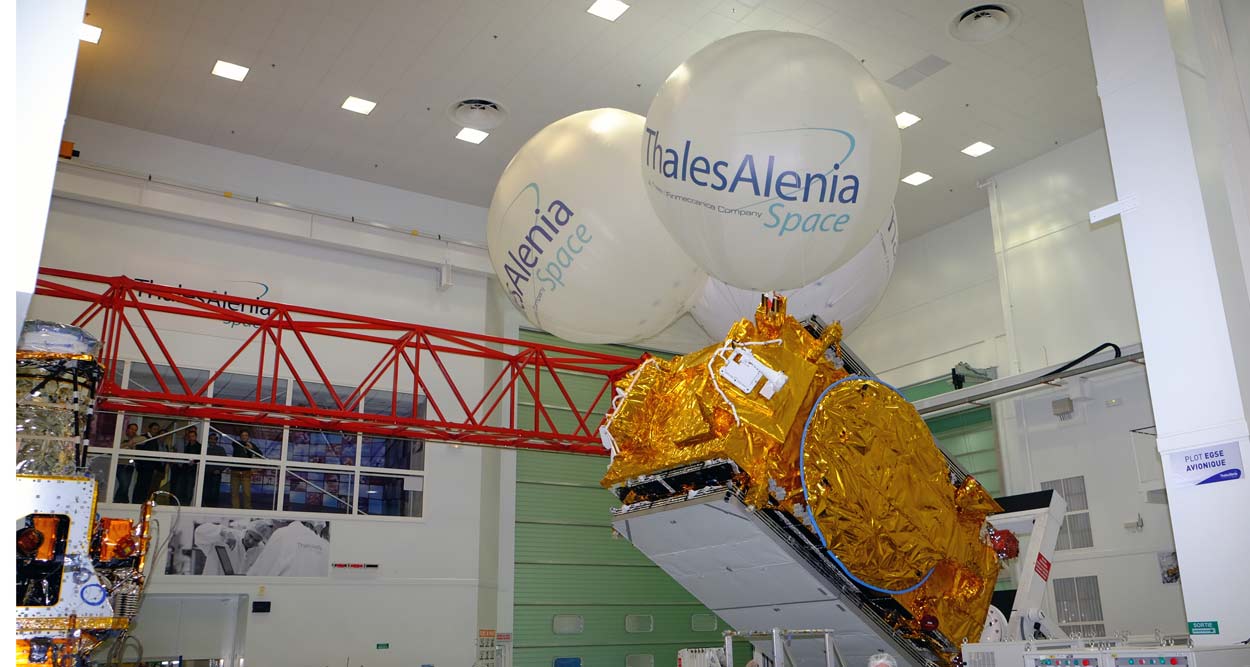 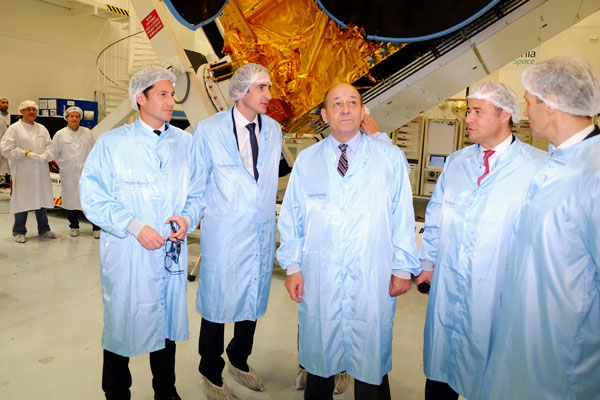 Jean-Yves Le Drian and officials on the visit

On February 13, 2015, David Lisnard, Mayor of Cannes, Vice-President of the General Council, welcomed Jean-Yves Le Drian, Minister of Defence in Cannes for a visit to Thales Alenia Space, the manufacturer of satellites. Jean-Yves Galle, CEO Thales Alenia Space and Patrice Caine, Managing Director of Thales presented to the Minister many satellites being integrated in cleanrooms, including the Franco-Italian military satellite Sicral 2 before its departure for the launch pad in Kourou.

Thales Alenia Space is building satellites with as varied missions as the diffusion of television, broadband Internet access, environmental monitoring, meteorology and Mars exploration. It is the largest private employer in the Alpes-Maritimes and develops its presence through a major partnership with the City of Cannes.
Jean-Yves Galle said: “Thales Alenia Space has developed a unique industrial capacity and know-how in Europe, that have always successfully met the needs of the French Armed Forces, and enables the French industry to win export markets.” 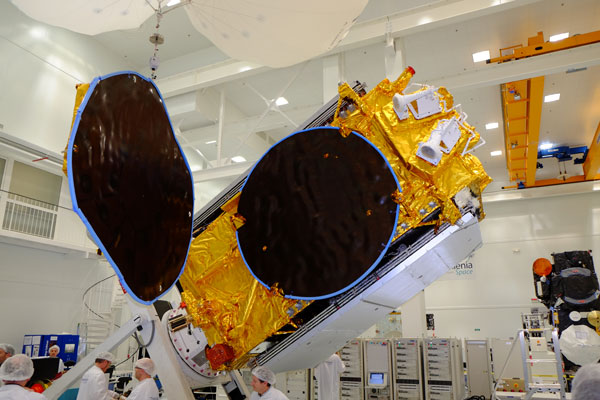 A satellite being integrated

Jean-Yves Le Drian, Minister of Defence has paid great attention to the explanations provided during the visit of cleanrooms where many satellites – civil and military – are being integrated. Telecommunications, radar and optical observation of the Earth, satellite navigation, exploration of the universe: Thales is present in each of these areas.
At the end of his visit, he said: “All of these achievements demonstrate the excellence of skills acquired by the Thales Alenia Space staff, especially in the centre of Cannes that has been working for over 40 years with passion and talent to the achievement of technological masterpieces.” 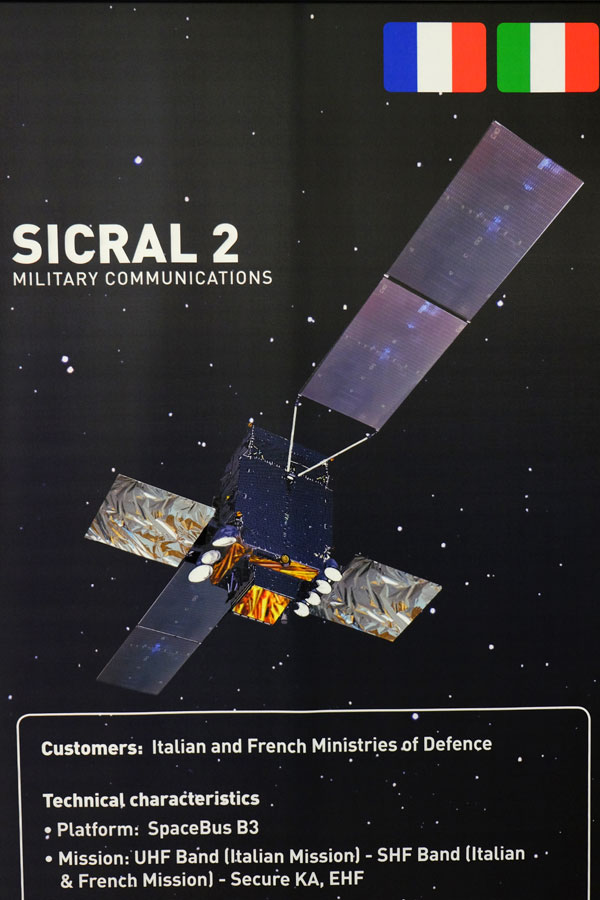 Sicral 2, developed jointly by France and Italy, is a geostationary satellite built by Thales Alenia Space, designed to improve military communications capabilities currently provided by satellites Sicral 1 and Sicral 1B as well as by the French system Syracuse. Its technology will enable it to isolate a jamming station and keep on transmitting the communications. It will be launched in April from Kourou in French Guiana.

Vigipirate inspection at the Synagogue

To end this visit to Cannes, David Lisnard accompanied the Minister to greet the soldiers in duty in Cannes as part of the Vigipirate Plan and the monitoring of sensitive sites, including the Synagogue of Cannes, in the presence of Eric Ciotti, President of the General Council of the Alpes-Maritimes and MP Bernard Brochand. The Minister then flew to Egypt to finalize the contract of sale of 24 Rafale jet fighters. 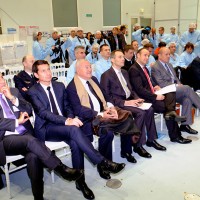 Officials at the presentation of TAS 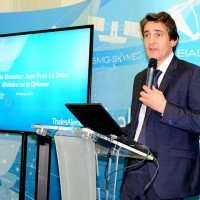 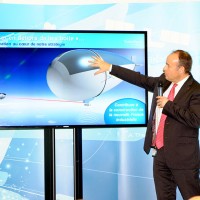 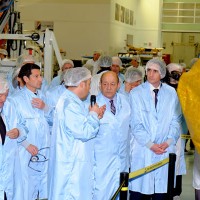 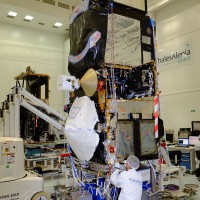 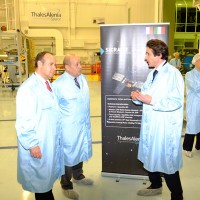 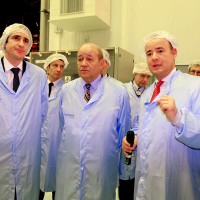 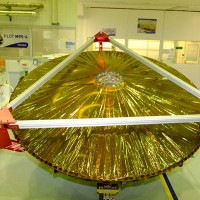 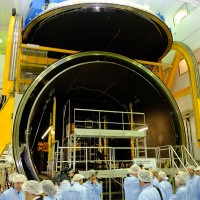 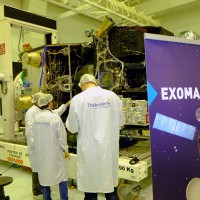 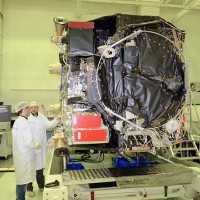 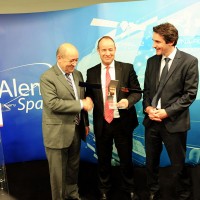 Jean-Yves Le Drian presented with a model of Sicral 2