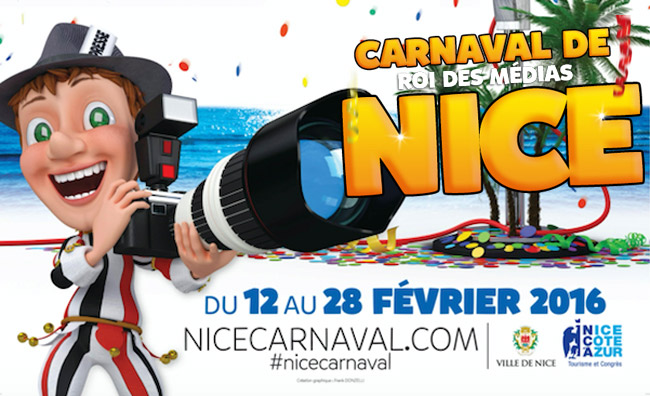 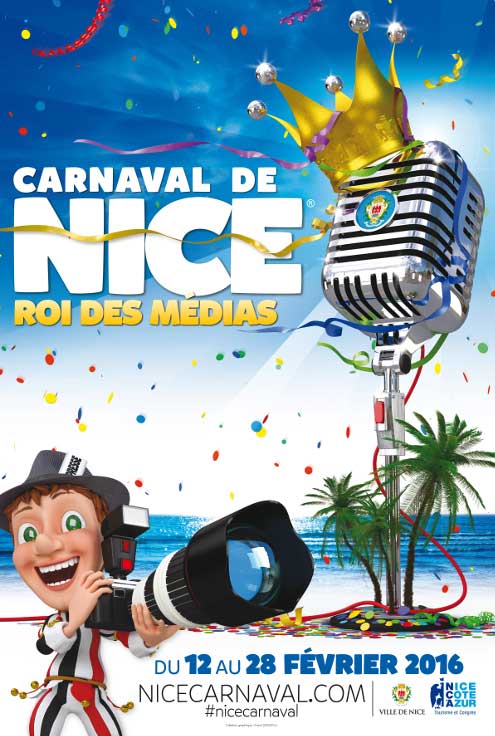 Nice Carnival 2016 will be “King of Media” from February 13 to 28, 2016, waving his right to freedom of expression to delight his subjects, Nissarts or tourists.

Nice Carnival 2016 will rise again from its ashes from February 13 to 28 to rule during 15 days on the City of Nice, ordering burlesque festivities, tremendous parades and the wildest events.
The King of Music is no longer… Long live the King of Media! Daring, impertinence and jokes will be exacerbated by the theme of freedom of expression, a freedom the King Carnival has been enjoying for so many years… 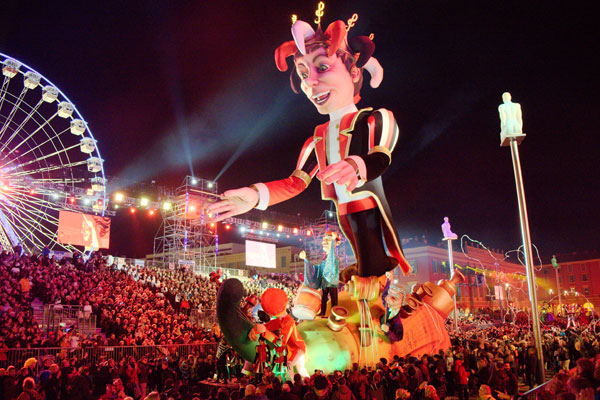 His Majesty the King Carnaval

The Carnival of Nice part of Nice DNA

Since the Middle Ages, the Carnival is one of the flagship events of the city where it fulfills its role as a social and festive outlet, evolving from the first farandoles in 1294 to the modern giant, colorful parades with sound and light, its corsi magnified by animation elements, street art and international musical groups.
The Carnival parades take place on the Place Massena and the Albert 1st Gardens: 18 floats will tell the King of Media’s chronicles. The parades that take place day or night, are animated by more than 1,000 musicians and dancers from around the world. In its night version, the illuminated corsi takes a magical appearance.

See our coverage of the Nice Carnival 2015 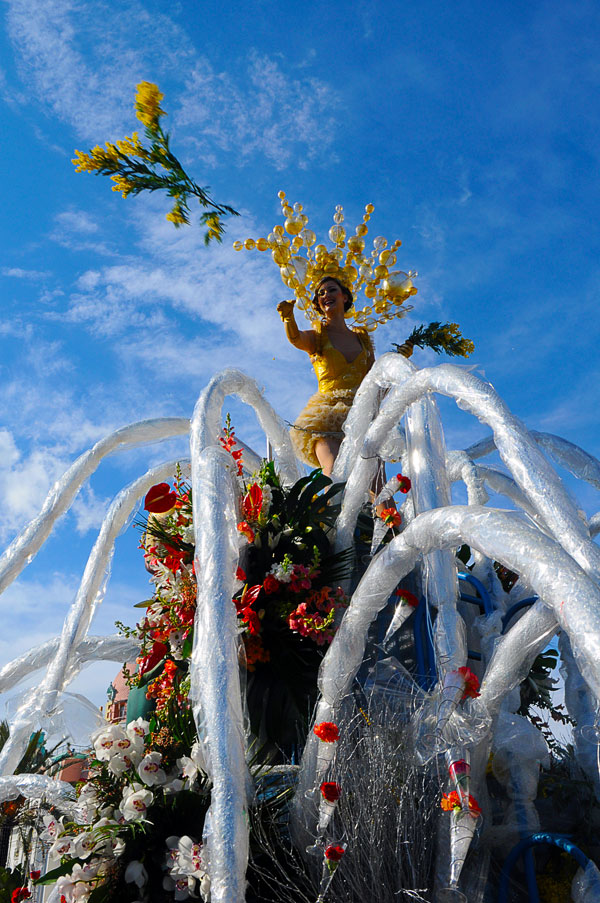 On the waterfront, along the legendary Promenade des Anglais, the elegant Flower Parades exalt the creativity of the unique costumes worn by models who throw thousands of flowers to the public. Aboard floats decorated with the finest floral arrangements highlighting the floral heritage of the region, the characters dressed in extravagant costumes throw to the public armfuls of mimosas, gerberas, lilies… A show full of poetry, enliven with dance troupes, musicians, street artists…

See our report on the 2015 Battle of Flowers 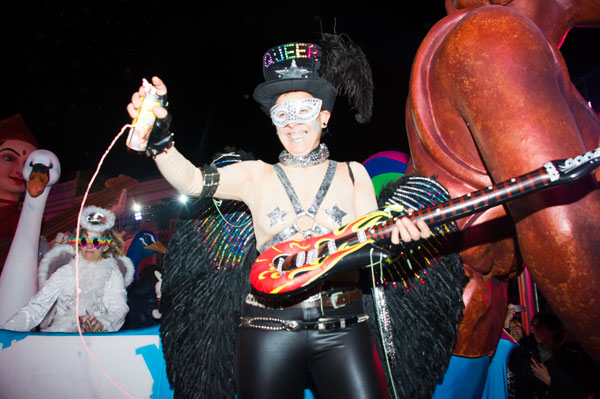 In 1990, Carnival was the King of Laughter. In 1991, he was nearly the King of Fools (canceled due to the Gulf War) and in 1992 he was the King of Kings. Other times, Carnival reigned on Ratapignatas, and other Raminagrobis bunch of masked rats, in 2008… In 2005, he was enthroned as King of Fol Climate Merdaille and Cornipétant…
Modernity and tradition are the hallmarks of Nice Carnival 2016, because its wealth of innovation and creativity, while maintaining the symbols of impertinence of its history, remains attentive to safeguarding the environment during the event.
On Friday, February 19 at 21 h, Lou Queernaval, the first gay Carnaval in France, will be back in Nice Carnival 2016 for a second wildly creatrive edition. The parade, open to everyone, will be held in Place Massena, with free admission. 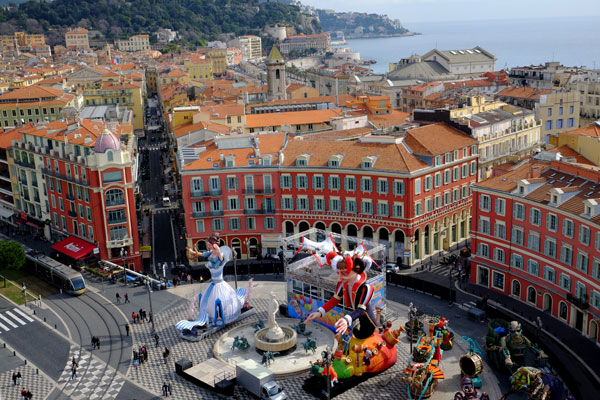 Visit Nice and the French Riviera

The highlight of the French Riviera in winter, one of the largest carnivals in the world, offers an unforgettable entertainment program. The mild climate, the brightness of the sky and the art of living on the French Riviera provide in that period a wonderful opportunity to discover Nice in winter and enjoy the region, its sites, and to discover the beautiful landscapes of the Coast and its snowy hinterlands.

The Nice Carnival 2016 offers various rates and packages, which are available on the Carnival site with the official program and accommodation offers.