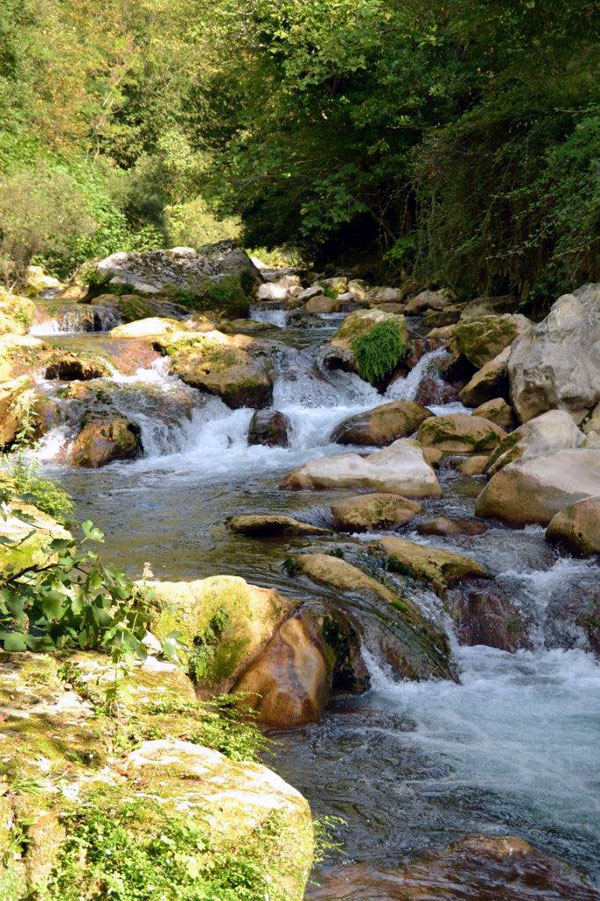 SICASIL and SIAUBC produce, treat, and distribute water in the Cannes basin and constantly optimize the quality of dinking water through ambitious projects.

Presidents of SICASIL, Jean-Yves Milcendeau and of SIAUBC, Pascale Vaillant, greeting ceremony on January 27, 2016, provided an opportunity to take stock of the past year and present the ambitious projects planned in 2016 to continuously improve the quality of drinking water and sanitation for the municipalities in the Cannes Basin.
More than a hundred elected officials, government representatives, environmental associations, companies and partners have discovered the evolution in the public service of drinking water and its challenges. 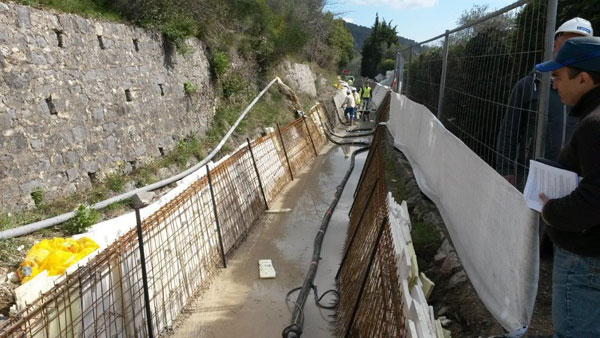 The SICASIL (Water intercommunal syndicat around Cannes) has invested 3.4 million euros in securing the canals of La Siagne and Le Loup, improving the service by installing 2 km of new pipeline and the repair of 400 fire hydrants and the creation of 29 new fire hydrants. In total, with 7, 7 million investment made by the delegate Suez,11 million euros have been invested for drinking water in 2015.
The SIAUBC has faced the damage of the October floods that severely impacted the Aquaviva purification station and disrupted its operation for one month. It carried out the inspection, thanks to the passage of motorized cameras, of one of its main pipes: the sewage collector, 1.2 m in diameter, located on the seafront, Boulevard du Midi, between the Parking Laubeuf in Cannes and Thales Alenia Space. The SIAUBC also renewed 890 m of rain water network. 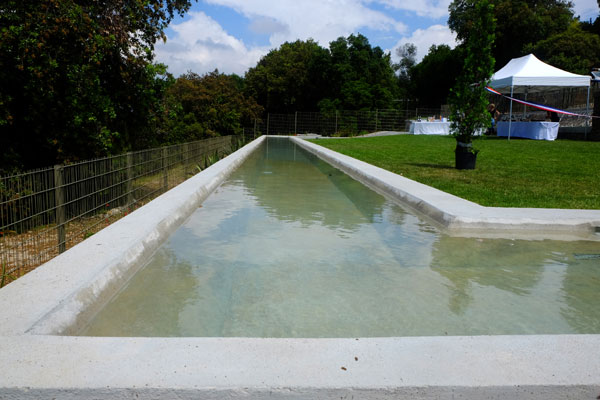 The SICASIL will initiate a study of the groundwater resources in a karstic environment. Characterized by rapid recharge, these reserves can be considered as renewable water resources, which can be drawn in summer to preserve the quality of our rivers and thus, adapt to climate change.
With the creation of Parc Intercommunal du Canal de la Siagne, the syndicat will continue its Canal de la Siagne valuation work to offer the public new portions of its heritage. In 2016, a new promenade of 5 km will be built in Grasse between the Chapel Saint Mathieu and the district of Plascassier. The syndicate will continue to fight against network leakage by initiating a program of 1.2 million euros work.
The SICASIL produces 66% of the electricity it consumes through micro-hydro power plants and 2016 will see the inauguration of a new micro-hydro plant with a true Francis turbine.
Several other works programs are also planned: the installation of a second submerged 1.8-kilometer pipe to supply the island of Sainte Marguerite, the realization of a 1,000 m3 tank storage in Théoule, 600,000 euros will be spent for the extension and restructuring of drinking water distribution networks…

The reuse of wastewater, a major issue

A study launched last year enabled to identified the potential users of water – 40 000 m3 per day – treated by Aquaviva, Cannes unique-in-the-world ecological treatment plant.
In 2016, the SIAUBC (wastewater treatment and reuse) will finalize the diagnosis of the seaside collector to sustainably protect the quality of bathing waters of the bay of Cannes. It will also secure the sanitation networks in the valleys of La Foux and le Riou. The SIAUBC will complete the renewal of the intercommunal collector in the lower valley of La Siagne and study the best technical solution for the expansion of the Miramar wastewater treatment plant.
In the spring, on the occasion of the World Water Day, the SIAUBC and the City of Cannes will launch an awareness campaign called Here begins the sea to inform the public that everything thrown on the ground or in collectors ends up in the sea. The communication campaign will take the form of flyers, billboards, radio spots and “street art” in the town center. 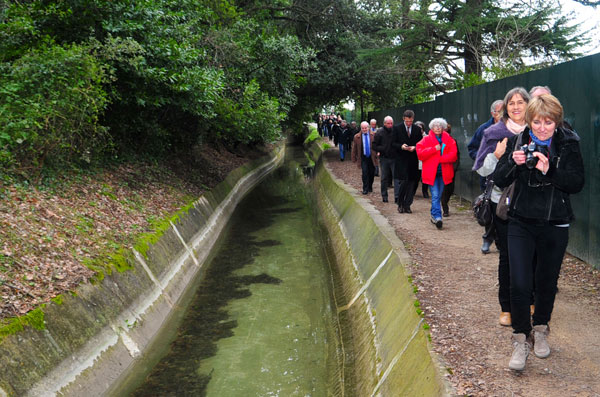 At the initiative of the Mayor of Cannes David Lisnard, then President of SICASIL, the syndicate has created a green belt linking the mountain to the sea from the sources of La Siagne to Cannes. A first promenade in Mougins, the Promenade of Notre Dame de Vie, was inaugurated in 2014 and the following year, the Belvedere of La Californie in Cannes was born.
The progressive enhancement of the Canal, whose construction in 1868 is due to Lord Brougham‘s influence, ensures an optimum protection of water resources by ownership and accountability of the public through this shared valuable asset.
An information and awareness-raising signage has been implemented along the route, in different media: totems, situational plans, milestones and educational panels. The signage will be gradually installed throughout the course as the developments progress on each commune until 2023.

Each year the Siagne Festival celebrates the Canal de la Siagne and its achievements. This year the festival will have more pronounced “science” side to improve teaching around this precious and vital resource, water.
In 2016, the SICASIL will renew its partnership with Action Contre la Faim in Indonesia, helping the people in the Kupang District on Timor island to benefit from access to water.