The sixth edition of the Israeli Film Festival closed on March 17 at Pathé Massena in Nice, in the presence of the greatest movie and theater star of his generation and the guest of honor of the festival of Israel cinema, the actor Lior Ashkenasi, who presented the “Golden Mimosa” for best feature and short films. This year’s winners are Meni Yaesh’s “Neighbors of God” and “Nyosha” by Liran Kapel and Yael Dekel. 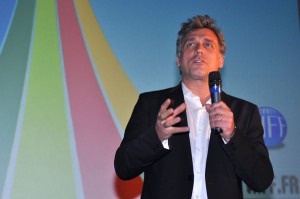 This major, increasingly popular cultural event of the city of Nice  this year has achieved its objective. This edition spanning on five Sundays confirmed its success with an increase in attendance and a projection of five feature films and seven short films. More than 1,800 spectators discovered a quality program with films by confirmed or emerging directors. The Israeli film production is internationally recognized for its creativity, sense of urgency and self-criticism.
Barnea Hassid, Consul General of Israel in Marseille, Claude Bensadoun, President of Golda Meir Bnai Brith, Laurent Gahnassia from the Israeli Tourist Office in Paris and Eric Ciotti, President of the Alpes Maritimes General Council were attending the closing ceremony of the Israeli cinema festival. After the ceremony, Professor Daniel Benchimol, Nice Deputy for Health and General Counselor, presented Lior Ashkenasi with the Medal of Honor of the City of Nice.
Friendship and exchange relationship between Nice and Israel are illustrated by many cooperation and fruitful exchanges in culture, education and higher education, Francophonie, urban development, sport and health, manily with the twin city of Netanya since 1968, and more recently with the city of Haifa.
After the success of “Late Marriage” (2001) and “Walk on Water” (2004), Lior Ashkenazi became a real star for the French who love his Latin lover and hero at all costs side. Very Actors Studio in his acting, with an additional touch of seduction, Lior Ashkenazi, a darling of Israeli telenovelas and many series, has finally gained his spurs in the 7th Art. Born into a Turkish family, he is cradled in his childhood by the Ladino (Judeo-Spanish). Received in the prestigious Beit Zvi drama school, he began his career in theater before being caught by the cinema. The enormous success in the United States of “Walk on Water” rocks this fragile man, because nobody calls him any more abroad for several years and his career remains Israelian. Eytan Fox’s favorite actor, he will also appear in “The Bubble” (2006). The same year, he starred in “Wild dogs” by Arnon Zadok, where he is confronted to a psychopath played by Alon Abutbul. In France, he shared the bill with Gérard Depardieu and Fanny Ardant Graham Guilt’s film “HelloGoodbye” (2008), and starred in by Alain Tasma’s “Ultimatum” (2009). For Joseph Cedar’s “Footnote” (2011), he played a famous professor at the University of Jerusalem. In 2012, he triumphed at the theater playing in several cities, in Hebrew, the role of Patrick Bruel in “Le prénom” (First Name). 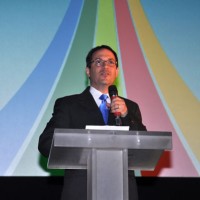 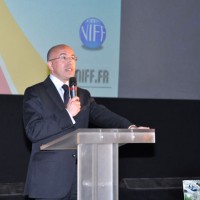 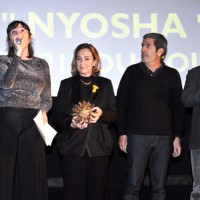 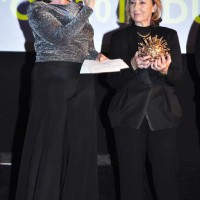 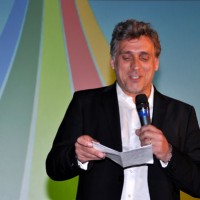 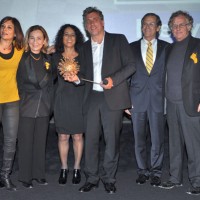