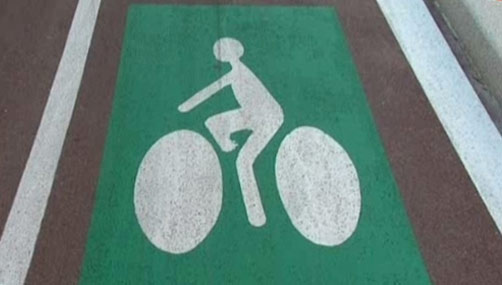 Cyclist to Safely Ride From Cannes to Vallauris

So far, biking in Cannes was not obvious: difficult to practice this hobby or sport on one’s own or with family when bicycle path amenities don’t exist. But today the situation has changed with the development of the first section of the cycleway “La Littorale” (The Littoral) between Cannes and Golf Juan. 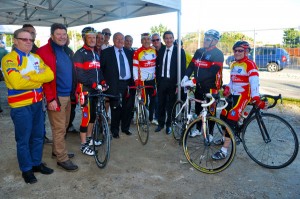 On March 21, cyclists from Cannes wearing jerseys had an appointment Avenue du Maréchal Juin to celebrate in a joyful and sportive athmostphere a dream finally came true, which made  President of Departmental Committee of the French Cycling Federation Jean-Luc Petit say:  “I’m very pleased and happy for all cycling sportsmen and enthusiasts, this beautiful and happy achievement.”
Over 2 million euros allocated between the department, the city of Cannes and the region will be needed to achieve the 22 km stretch, including on the west of the department, not to mention additional 4 km this year, including 2 6 km section Mirandoles this one, straddling the area of the county and the town of Cannes. The completion is tentatively scheduled for June The creation of a bi-directional track three meters wide, separated and protected from the road that the road will be reduced on the avenue du Maréchal Juin, will now that cars run in both directions on a single track, which will secure cyclists. Other facilities are also planned by the city: in addition to this achievement, there will be a suggested route to reach the beaches from the roundabout Gould or bike routes in the Rose Garden, east of Cannes.
Eric Ciotti, President of the General Council of the Alpes Maritimes, had made the trip to the inauguration. He recalled in his speech that this project, aiming the construction of a 74 km autonomous bike path between Théoule and Menton, via the main coastal roads, was to improve the urban environment in the department. He thanked Mayor of Cannes Bernard Brochand and First Deputy Mayor of Vallauris, Guy Giraud, presents at the inauguration, of having privileged an ongoing development rather than interrupted sections, as favorited by the General Council. The General Council, partner of the operation, aims to materialize by 2015 a traffic corridor along the Alpes-Maritimes seafront: the Littoral is part of a larger European project that would allow to ride through countries of the Mediterranean arc from Spain to Greece. This bike lane already exists from Nice to Golfe-Juan.
Were also present at the inauguration: David Lisnard, First Deputy of the Mayor of Cannes and Patrick Allemand, Senior Vice-President of the PACA region and partner in the operation. 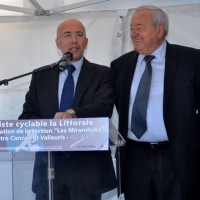 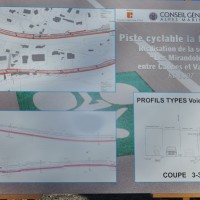 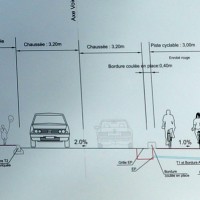 Cyclist to Safely Ride From Cannes to Vallauris was last modified: March 27th, 2013 by tamel