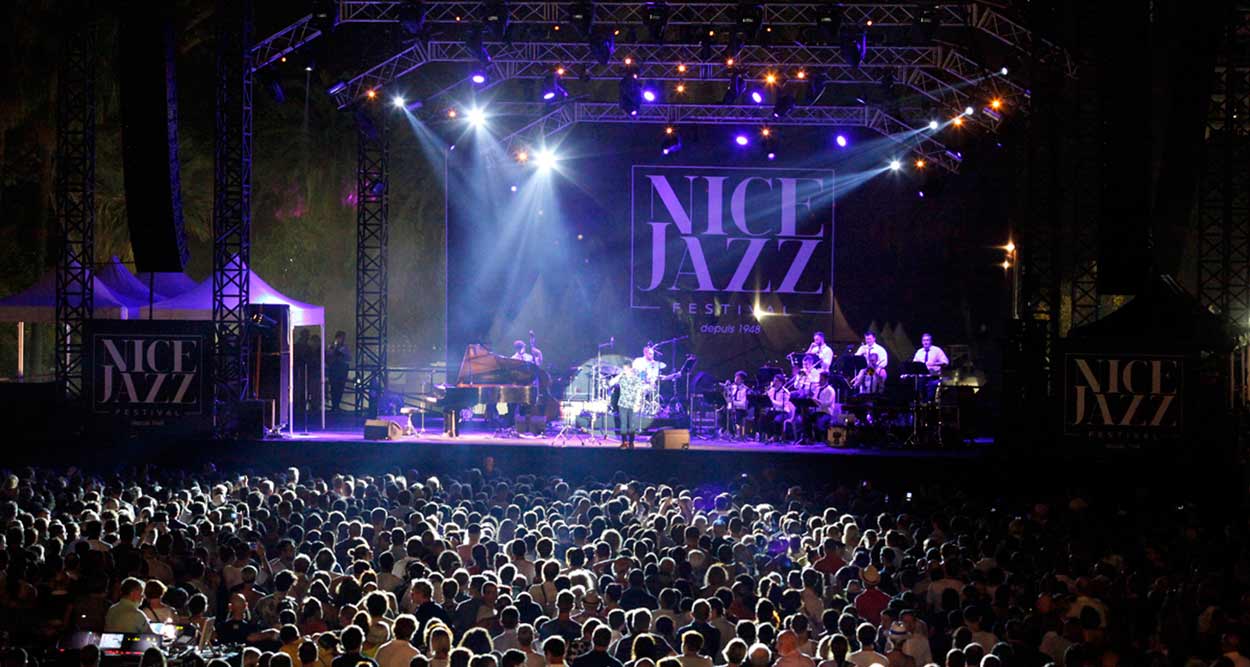 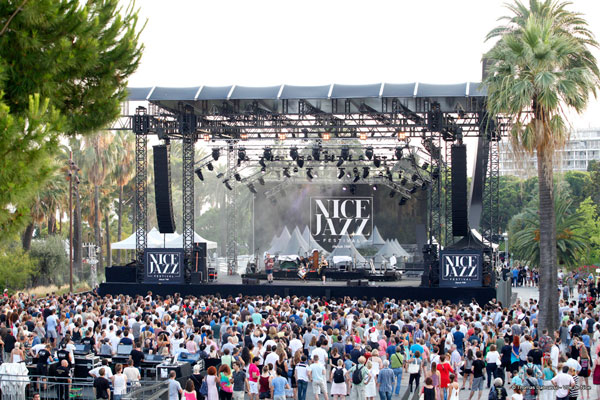 The Nice Jazz Festival 2015 festivities took place from July 7 to 12, on the stage of the Théâtre de Verdure and Albert 1er Gardens. The Nice musical event of the year has again treated its audience with exceptional quality concerts and international artists such as Yael Naim, Hugh Coltman, Cassandra Wilson, Fatourama Diawara, The Roots and Kool & The Gang.

The opening night of the Nice Jazz Festival started smoothly with the band Fred d’Oelsnitz Trio (winners of the Nice Jazz Festival 2014 springboard). The pianist and composer Frederic d’Oelsnitz is not unknown to the Nice public as he regularly performs at music festivals in the region, accompanied by François Galix on bass and Stephane Foucher on drums. The program included beautiful original compositions by Fred d’Oelsnitz. 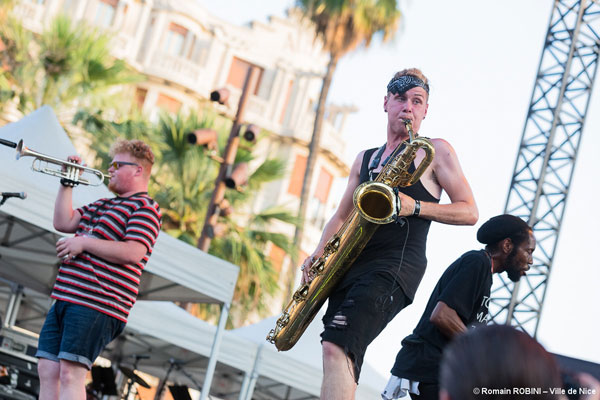 Too Many Zooz ©Ville de Nice

Change of tone around 20h, when the trio Too Many Zooz – straight out of New York subway – took to the Massena stage. With 23-year-old trumpeter Matt Doe and the amazing Leo P. on baritone sax, very “animal” with his animal skin  draped across his back, the trio ignited the Massena stage with its rhythmic discharge, performing a concert that will make a permanent mark in the Nice Jazz Festival. Their furious partition tainted with acid, played before a stunned audience, loaded the Nice air with explosive electro-jazz.

With Israeli pianist Omer Klein (born in Natanya in Israel), a more melodic Jazz flooded the stands in the Théâtre de Verdure. His jazzy register, bewitched the audience with his Sephardic melodies tinged with a French touch. His crooner voice paid tribute to the Lady of Jazz, Billy Holiday. 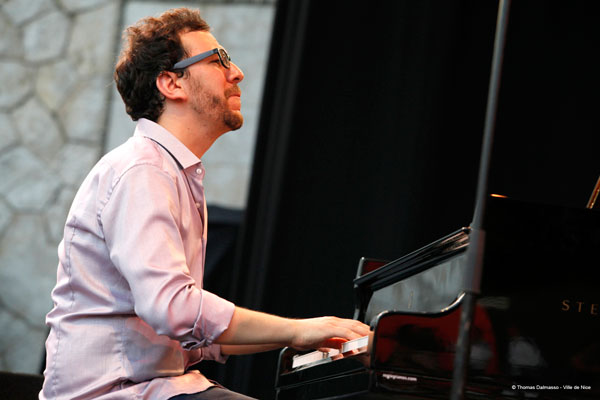 In mid-night, the group Caravan Palace made the crowd vibrate and dance long into the night with their electro swing and Gypsy Jazz. The singer Zoe Colotis, wearing a white mini dress embellished with black stockings and garter belt, and her 6 boys with student style, just out of a high Londoner school, went all out with the best songs from their third album, exclusively for the Nice Jazz Festival audience. 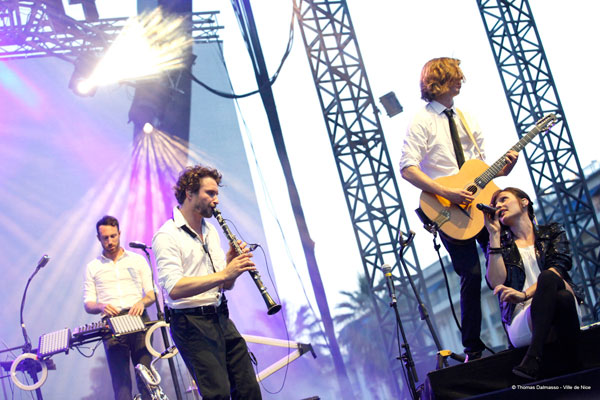 The Blue Note label vocal ambassador, awarded the Grand Prize of the Jazz Academy for his album For All We Know, that he concocted with the Belgian pianist Jef Neve, shared with the public his jazzy soul. 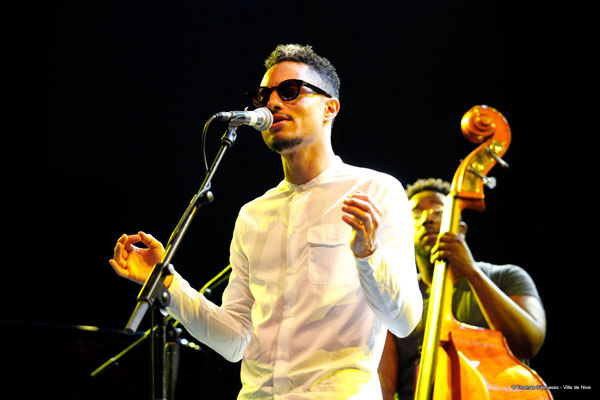 Jamie Cullum, emblematic figure of today’s Jazz, was the highlight of the Nice Jazz Festival opening and performed on the Massena stage. Jamie Cullum, 36, is today with 8 albums, one of the musicians who has sold the most Jazz records in the world. Late in the evening and true to his reputation of show man, Jamie Cullum’s Jazz with a tinge of pop and rock, set fire to the Massena stage in the Riviera night accompanied by the 12 gleaming brass of his James Band. His youth and talent capsized the large audience, listening to this phenomenon crooner voice able to reprise Rihanna or Cole Porter. 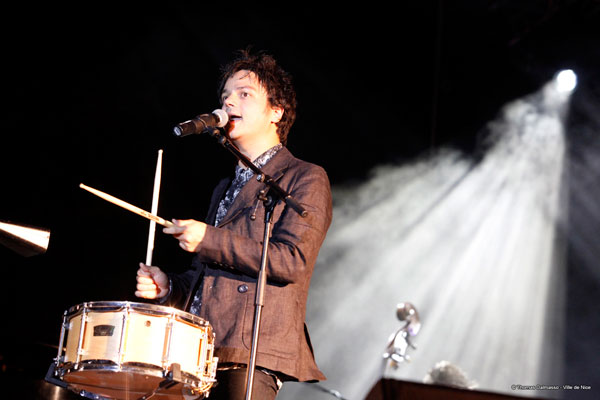 The artist closed in style this first day of the Nice Jazz Festival and the audience, happy and spoiled with so many beautiful music, promised to return the next day to listen to more great names in Jazz. 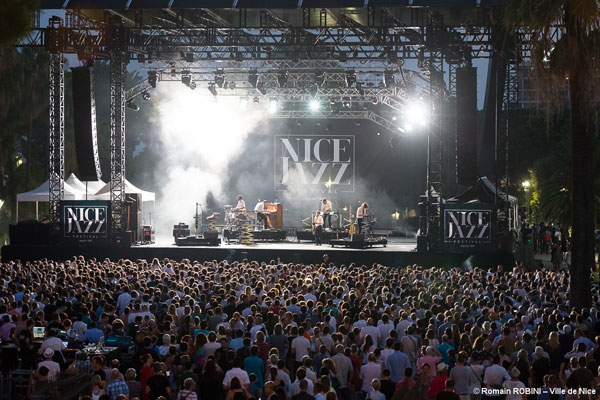