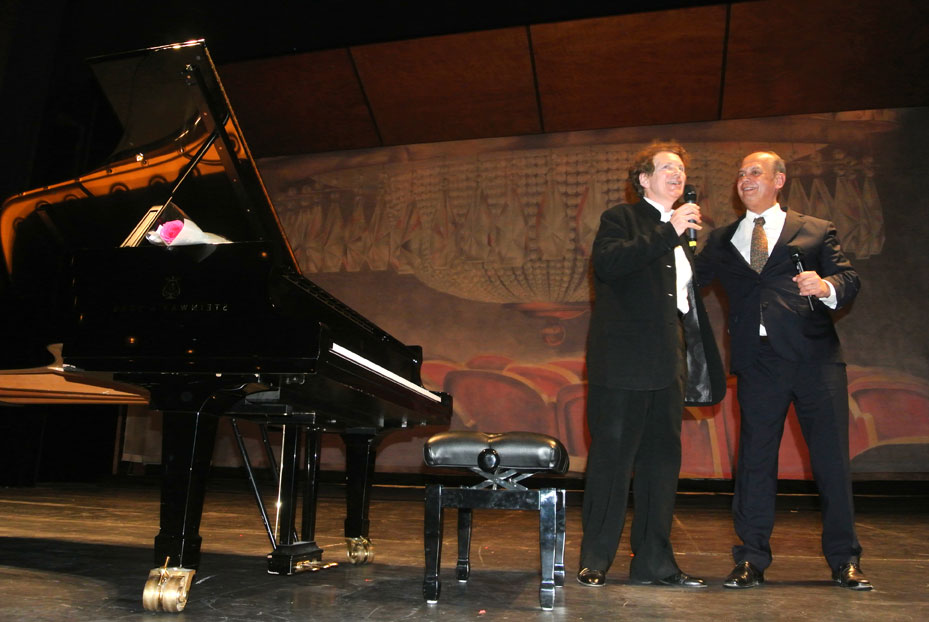 On the occasion of the 400th anniversary of the Romanov dynasty, the Centre Universitaire Méditerranéen (Mediterranean University Center) of Nice has organized a literary and musical event reflecting the unique historical and unbreakable bonds of friendship between Nice and Russia. This evening, bringing together diplomat and writer Vladimir Fédorovski and internationally renowned pianist Mikhail Rudya was held at the Nice Opera on April 23, 2013 under the chairmanship of Christian Estrosi, Deputy Mayor of Nice and President of Nice Côte Azur Metropolis.

From the late eighteenth century and more in the nineteenth century, the French Riviera even before becoming the Côte d’Azur, has based its development on its cosmopolitan attendance, particularly marked by the importance of the Russian resorts. Thus Nice, and more generally the French Riviera, has experienced a strong Russian community that no other city has matched by its importance and the impression it left. From the beginning, members of the imperial family played a major role in the installation of Russian in Nice. The Dowager Empress Alexandra Feodorovna, widow of Nicolas 1st came there in 1856. Alexander II and Empress Alexandrovna settled there in 1864. Their eldest son, the Tsarevich Nicolas died there. Later, Alexander III and his wife Maria Feodorovna continued regular visits. The first Russian Orthodox church was built in 1860, in Longchamp Street, then in 1912 the cathedral, near the monument erected in 1867 to commemorate the death of the young Tsarevich. Another group of Russian officials, including writers and artists such as Anton Chekhov or Marie Bashkirtseff, stayed in Nice during the second half of the nineteenth century. Villas, hotels and wintering sites preserve the memory of Russian life in Nice. 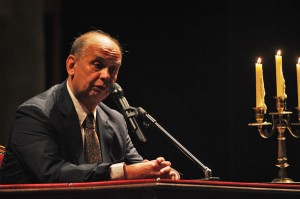 The evening opened on a conference by Vladimir Fédorovski who reminded the audience the historical link between Russia and France, evoking his own memories and shortly retracing the lives of some of the Romanov family he describes in his new book.
Vladimir Fédorovski was a diplomat during the biggest upheavals in the East. He is today the most published writer of Russian origin in France. His books written in French (including Le Roman du Kremlin and Le Roman de St. Petersburg) have become major international success, translated in 28 countries. In his new book, “Le Roman Des Tsars” (The Novel of Tsars), Vladimir Fédorovski comes back on the history of the Romanov dynasty that ruled Russia for 400 years: a long series of conspiracies and violence but also of exchanges with Europe. A saga of eternal Russia. Vladimir Fédorovski’s “Le Roman Des Tsars”  is published by Editions du Rocher (March 2013) 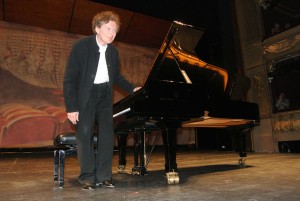 Mikhail Rudy succeded Mr Fédorovski with a piano recital showing all his talent and Russian soul. Mikhail Rudy was born in Russia. Student at the Tchaikovsky Conservatory in Moscow, he became a pianist of international renown. He has brilliantly performed Rachmaninoff Prelude, 4 Etudes by Scriabin and Prokofiev 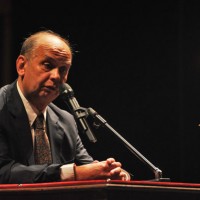 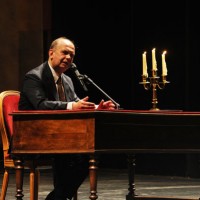 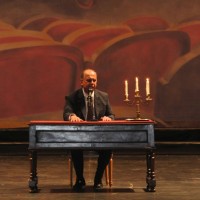 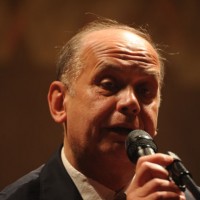 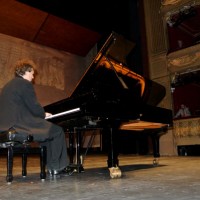 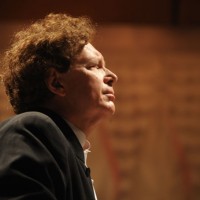 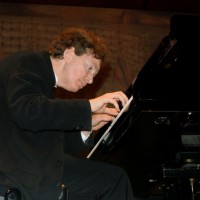 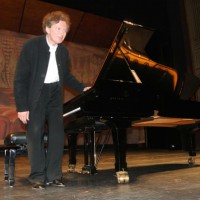 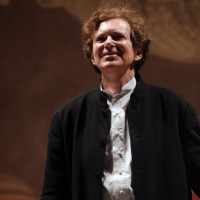 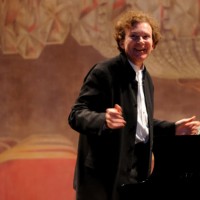 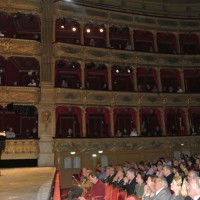 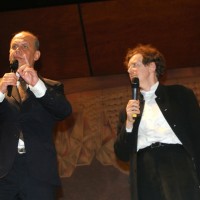 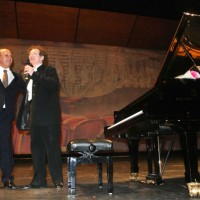