Jardin of Flavours in a Mougins Enchanting Oasis

Just steps away from the agitation and splendor of the Croisette in Cannes, the Hotel de Mougins **** is offering a enchanting, unspoilt and exclusive stop-over.

Established in an old country house of the eighteenth century, at ease in a Mediterranean garden, amid cypress, lavender, ash trees and centuries-old olive trees. Celebrating its 20th anniversary, the Hotel de Mougins put since last February the young promising chef Gregory Mirer in the kitchens of its restaurant “Le Jardin“. The table of this former student of Joel Robuchon and Mauro Colagreco is nursing genuine gastronomic ambitions. 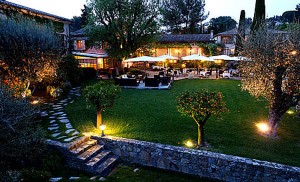 The Hotel de Mougins: an elegant paradise nestled in its green setting
Ranking among the most beautiful medieval villages of France, the village of Mougins, historically the most starred in France, has nearly thirty restaurants with cooking schools and has become a major destination for the quality of its gastronomy. Ideally located in the heart of the French Riviera, surrounded by prestigious golf courses, albeit at a stone’s throw from the coast, the Hotel de Mougins perpetuates the spirit of houses of yesteryear. It offers a different experience, combining both luxury and simplicity. The understated elegance and attentive service plunges the guests in a cozy, friendly and family atmosphere, which gives them the feeling of being home. Nestled in a 6,000 sqm Provencal garden, the bastide of the Hotel de Mougins boasts 51 rooms and suites. 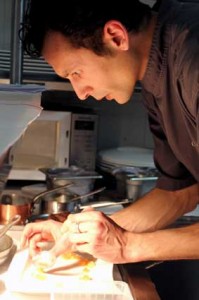 Casual chic and flavors “nature”
The restaurant “Le Jardin” today is inhabited by one of the rising stars in the region, Gregory Mirer, a young chef teeming with ideas, forged in the strict school of Joel Robuchon. He offers a contemporary approach to cooking with surprising mixture of flavors and textures and a “natural” touch with flowers and herbs collected from the surrounding woods.
Originating from Paris, a graduate of the Ecole Ferrandi, Gregory Mirer was hired as half-Chef de Partie at the Astor Restaurant (2 Michelin stars) under the guidance of Eric Le Cerf. He follows the latter in the brigade that launched the Atelier de Joel Robuchon (2 Michelin stars) and then joined the Hôtel Métropole in Monte-Carlo (2 Michelin stars) as first deputy Chef des Cuisines alongside Christophe Cussac. From 2006 to 2010, he joined Mauro Colagreco as second chef at the Restaurant Le Mirazur (2 Michelin stars). The opportunity for him to refine the secrets of the Argentine chef’s “ignored cuisine” and the use of herbs and flowers from his garden  Impatient of becoming Head Chef, he finally gets his precious sesame at the Château de Curzay, a Relais et Château in Poirou-Charentes, where his predecessor was awarded a star. In the kitchen of the restaurant Cédraie from January 2011 to March 2012, he managed to maintain the precious star. 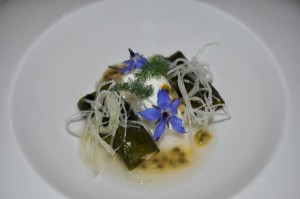 An inventive cuisineGregory Mirer seeks to respect as much as possible the product while mixing flavors. He practices a modern cuisine that keeps its traditions, such as sweetbreads, fondant potatoes with rosemary, artichokes, peanuts emulsion. And to be inspired by the nature surrounding the hotel, he dips into the products from the garden of herbs being created. For now, he runs through the hills in search of borage, oxalys, wild asparagus and these violets hiding under the pines. He adds: “With the help of my second, Kevin Le Maguer, I’m following a Mediterranean trend but I like as well insights into fusion cuisine, especially with exotic incursions of Japanese seaweed such as the sautéed sea bass with beets candy, cauliflower, hazelnuts, wakame emulsion. I also love the flavors that can surprise, such as those of Jerusalem artichoke sorbet or chestnuts velouté with oysters.”
For Grégory Mirer, the criterion of success in cuisine is: “Respect at the same time acidity, crisp and creamy, well-defined flavors that awaken the palate, clean it and open it to other nuances.”

At the Jardin, the Chef proposes a cuisine all in lightness and freshness through two concepts:  - A bistronomic at lunch, for fast service around quality products, with a formula at 22 €.
– A gastronomic in the evening, with selected products declined after tastes of the moment, leaving the seasons guide the chef’s creations, à la carte or with a “discovery” menu at 65 €. 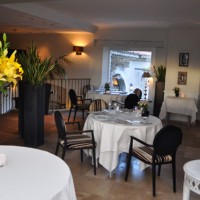 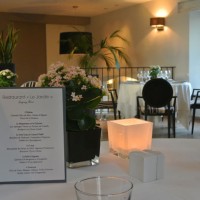 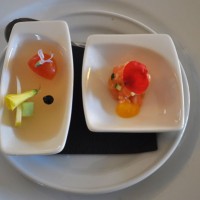 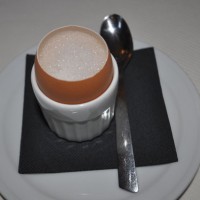 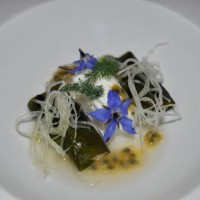 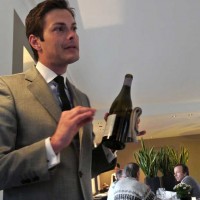 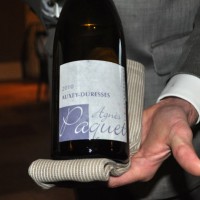 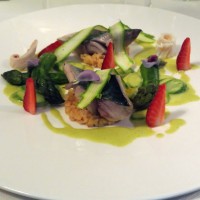 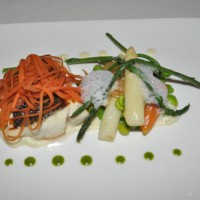 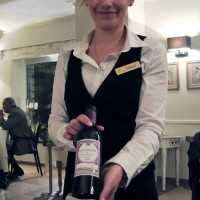 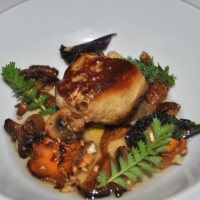 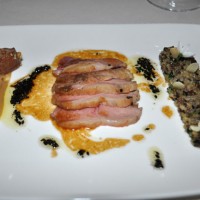 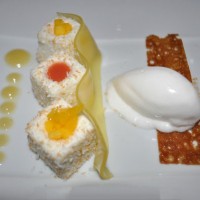 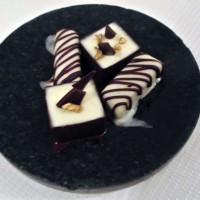 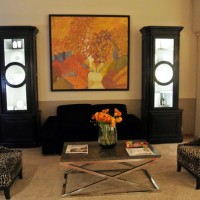 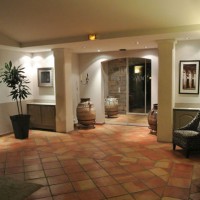 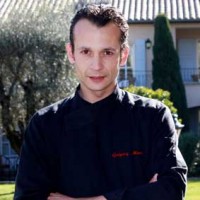 Jardin of Flavours in a Mougins Enchanting Oasis was last modified: July 20th, 2013 by tamel