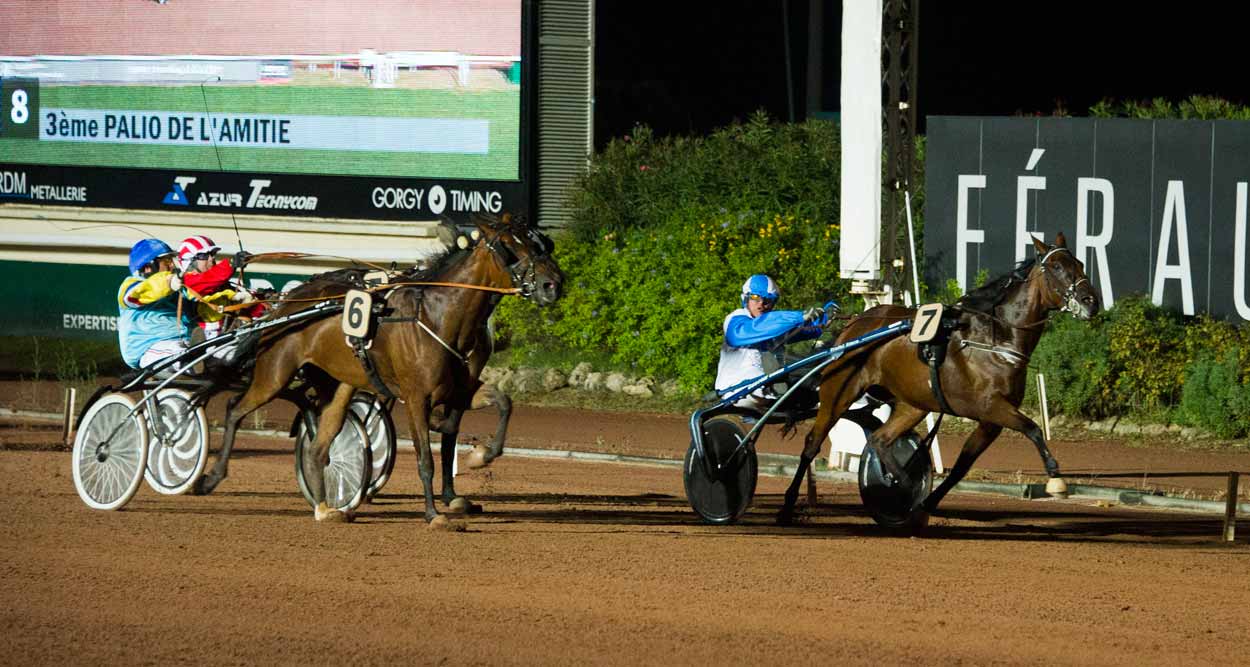 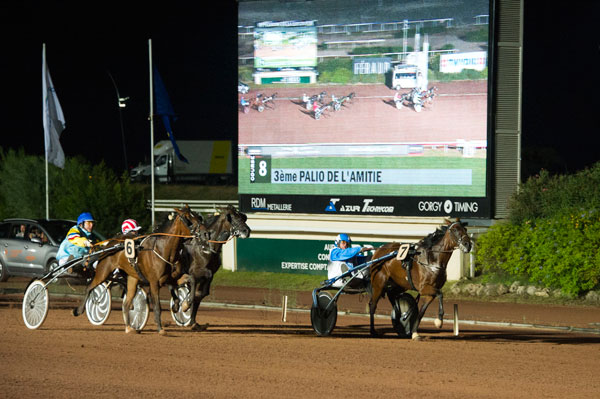 The Palio de l’Amitié, crowning achievement of  the summer meeting at Hippodrome Côte d’Azur, provided a nice free equestrian evening under the sign of friendship and sharing.

Resulting from the Italian tradition for 25 years, the traditional Palio of Montegiorgio is immensely popular because of its friendliness and warmth of the fans. In Cagnes sur Mer, the Palio de l’Amitié is a great friendly inter-city race. On August 23, 2015, several cities from the French Riviera, Italy and Sweden competed on the track of the Hippodrome Côte d’Azur.
Eventually, young drivers and ponies were also honored with the “World Summer Cup Pony”, in which budding French and Swedish drivers competed.

The French Riviera, Italy and Sweden in competition

To this final evening, the Hippodrome Côte d’Azur offered the public a program of choice with the third Palio de l’Amitié as eighth race of the evening. This flagship event put in the spotlight 12 cities represented during this 2015 summer events. For the Palio de l’Amitié, horses and jockeys wore the colors of the city they had to defend: Biot, Cagnes-sur-Mer, Fermo (Italy), Grasse, La Gaude, Le Cannet, Malmö (Sweden), Montappone (Italy), Montecatini (Italy), Roquefort-Les-Pins, Vallauris and Villeneuve-Loubet. Nice-Matin and the Sharks from Antibes – a basketball club playing in Pro A – were also associated. 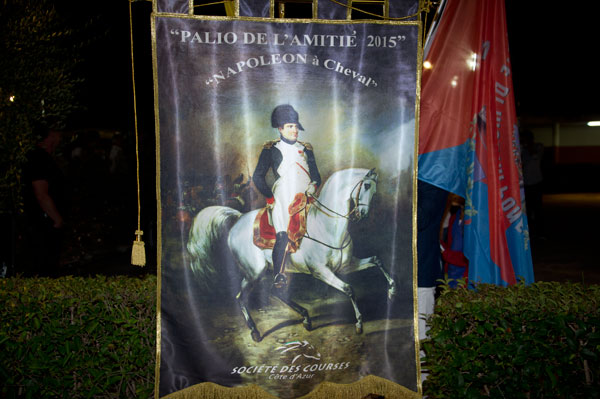 Colors defended by a couple horse-driver

Each city in the running was associated with a horse-driver couple following the result of the draw that took place on August 20 in the presence of representatives of the participating cities. On the evening of August 23, just before the famous race, the flag bearers marched on the Hippodrome track led by the famous velvet flag, offered to the Société des Courses de la Côte d’Azur by the City of Fermo, in gratitude for the organization of the Palio de l’Amitié. At the end of the flag parade, horses and their drivers were introduced to the public, preceded by the Republican Guard.

Then, horses and jockeys placed themselves behind the autostart for starting off the harnessed trot race run over a distance of 1609 meters. After a true battle, Radice Del Nord, bib No. 6, driven by L. Bechetti, finished the race in the lead, followed for the second place by Reine du Zack, driven by M. Smorgon and Sorrento Luis, bib No. 5, driven by G. Casillo, who took the third place.
A great prize-giving ceremony ook place on the podium facing the stands. Each driver was presented with a prize from the city they represented. The Sharks d’Antibes, represented by the winner Radice Del Nord, received the famous Palio de l’Amitié. 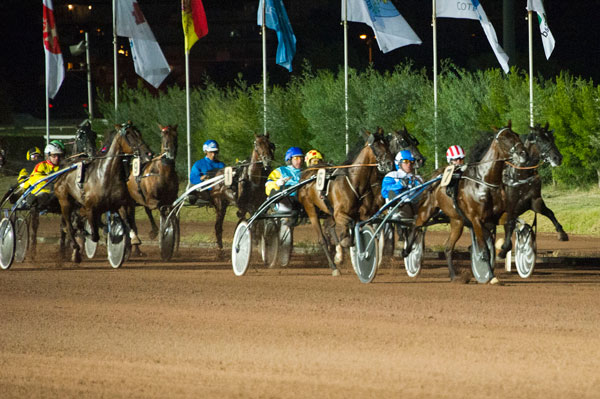 At the end of the evening, the World Summer Cup Pony, a race featuring ponies driven by young drivers, ended this beautiful race meeting. The final of the World Summer Cup Pony was composed of 8 junior drivers, four French and four Swedes, who fought to give a show worth of real international competition.
The evening was peppered with free entertainment including games, photos and a raffle for children, ponies, sulky bikes or inflatables games.

To perfectly round off the evening, a magnificent fireworks lit up the sky and the sea in front of Cagnes sur Mer in front of the Hippodrome Côte d’Azur. 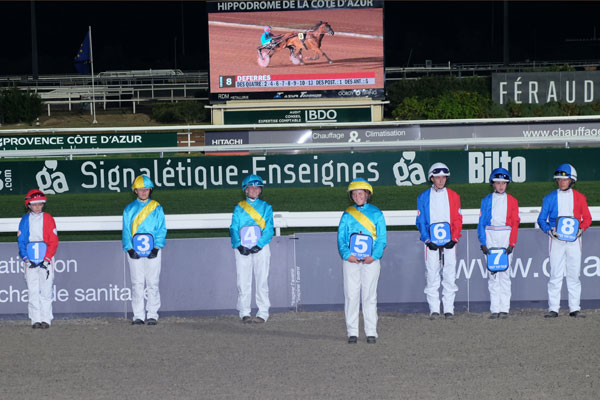 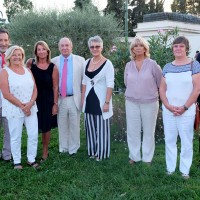 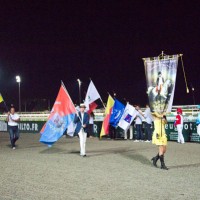 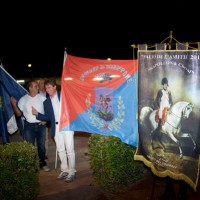 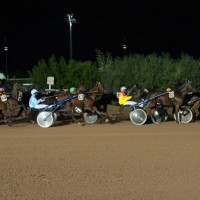 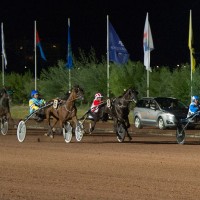 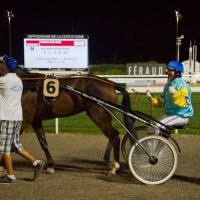 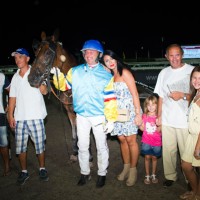 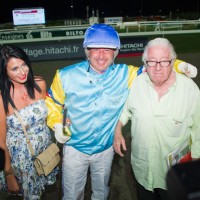 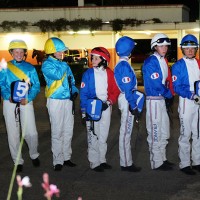