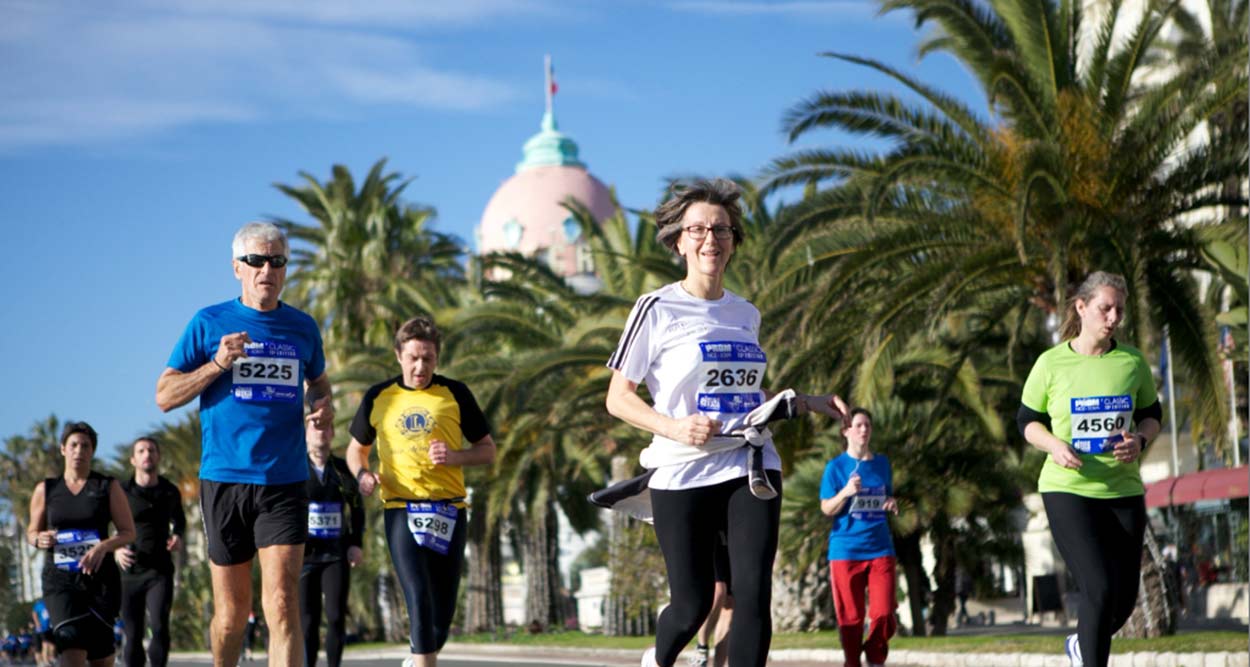 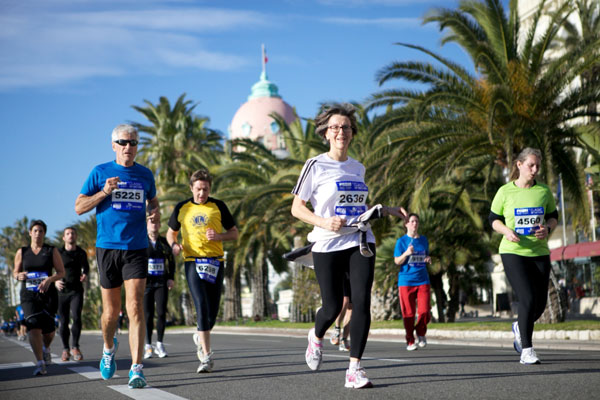 The Prom Classic will see 8,500 runners set off on January 11, 2015, in the sumptuous setting of the Baie des Anges for the unavoidable first 10 km in France.

The mythical Promenade des Anglais, the sumptuous Baie des Anges, the friendly and festive atmosphere and an always fine weather on the day of the event make the success of the first 10 km in France who will celebrate on next January 11 its 16th edition. A classic in the world of running which is played, for some years, with closed registrations.

The Prom Classic set a new record of unprecedented participation, since more than 3 weeks of the event, the registration is now closed since December 17, having reached the limit this year that was of 8,500 bibs. 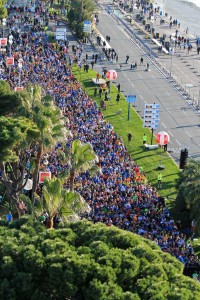 Since 2013, the running brand Kalenji is the sporting goods manufacturer partner of the event. The Prom Classic and the Running Expo village will enable again Kalenji to communicate as a première about the latest products in its running range. Like the previous two years, several athletes partners, actively participating in the development and promotion of the brand’s performance product, will be its ambassadors in the race.

Sophie Duarte, 2013 European Cross Country champion and record holder of France’s 3,000 m steeplechase is the winner of the 2014 edition of the Prom’Classic. With her first place last year in 32’21”, she registered a new record in the event.
Lucie Jamsin, a newcomer in the Kalenji team, winner of the 2014 Marathon des Causses (Templar Festival) in 3h44.”
Benjamin Malaty, first French in the Paris Marathon in 2012 and 2013 in 2h12″.
Julien Bartoli, the first French in Berlin Marathon in 2014 in 2h24″.
Stéphane Diagana, 400m hurdles World Champion in 1997. 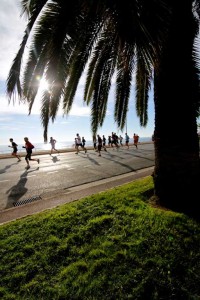 The vast majority of competitors come from French territory (all departments are represented). The event records nearly 10% of international competitors, a nice performance for the first 10 km in France. Due to geographical proximity, Italy comes first followed by the United Kingdom and Switzerland.
The female participation in this event is increasing, as this year 36% of the participants are women.

The rendez-vous running, begun on December 13, continue on the Promenade des Anglais. The organizers give an appointment to Prom Classic registered runners on December 20 and January 3, to practice their racing skills before the D-Day, coached by passionate and trained runners.