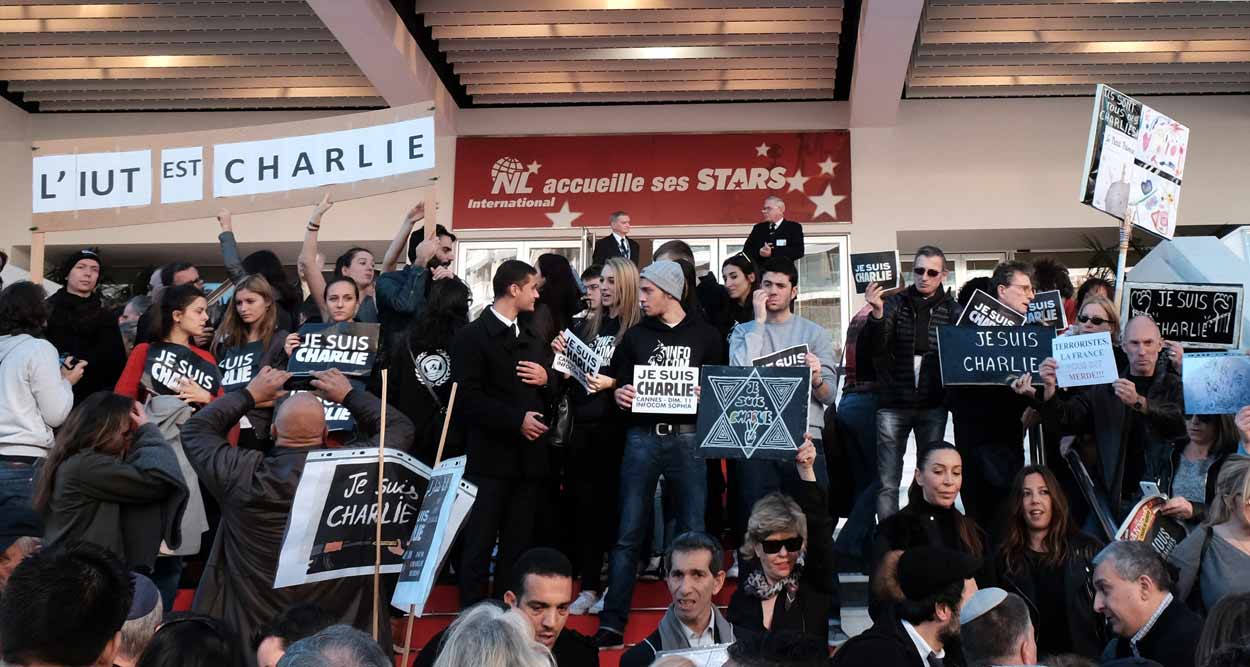 Republican March for Charlie in Cannes 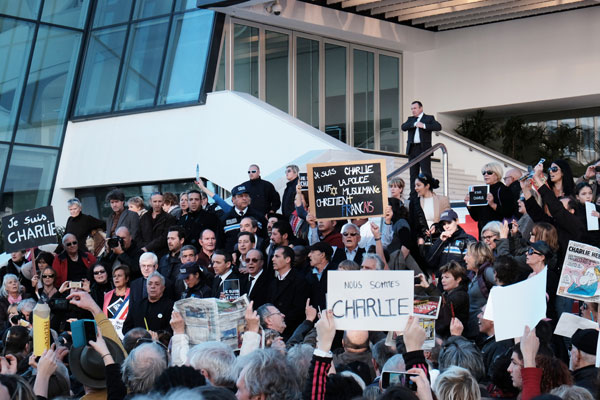 At the Palais des Festivals

In tribute to the 17 victims of the terrorist attacks on Charlie Hebdo, 7,000 people marched quietly in Cannes for the Republican Values and against hatred.

As in all cities of France, the citizens were called to gather in Cannes for a tribute to the victims of the terrorist attack against Charlie Hebdo, but also the police woman killed in Montrouge, and the hostages executed in the supermarket Hyper Cosher in Porte de Vincennes.

The appointment was given on the Alleys of Liberty in the late morning. A dense, united crowd of 7, 000 Charlie from all background, responded in number to the call of democracy, freedom of expression and in tribute to the victims. The famous poster Je Suis Charlie (I Am Charlie) was brandished everywhere.
A procession, led by the Mayor of Cannes David Lisnard and many elected officials, and representatives of the three religions of the book was then formed to march on the Croisette to the sound of “We are Charlie”. In the procession, many families, women, men, youth and children. 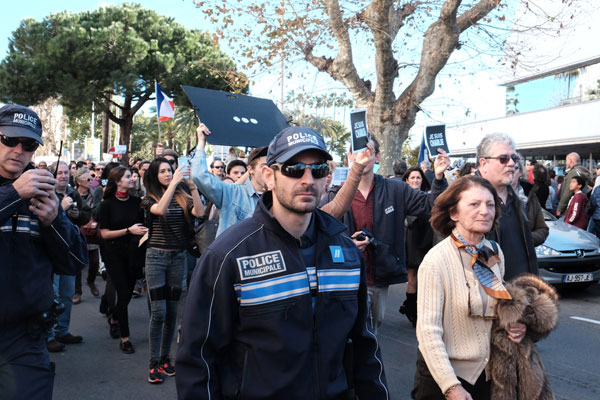 The Palais des Festival is Charlie

After crossing the Croisette, the march against hatred ended on the esplanade of the Palais des Festivals, whose façade was covered at David Lisnard’s initiative, of a huge “Je Suis Charlie” banner. The Charlie sang the Marseillaise, followed by applause and a time for prayer and meditation. In dignity, the crowd  brandished some “I’m Charlie”posters, some signs claiming the unity of the nation and pencils as symbol of freedom of the press and freedom of expression. 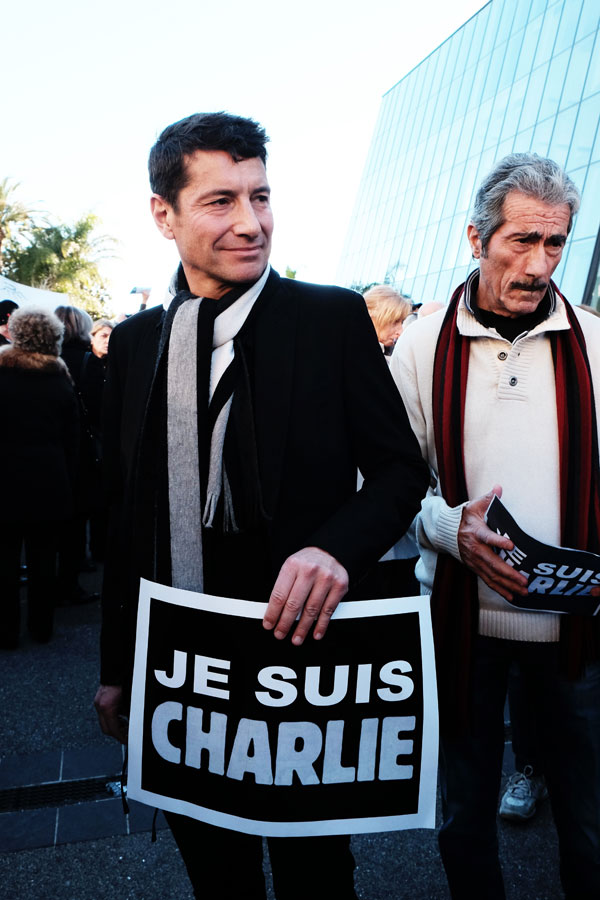 The French Riviera is Charlie 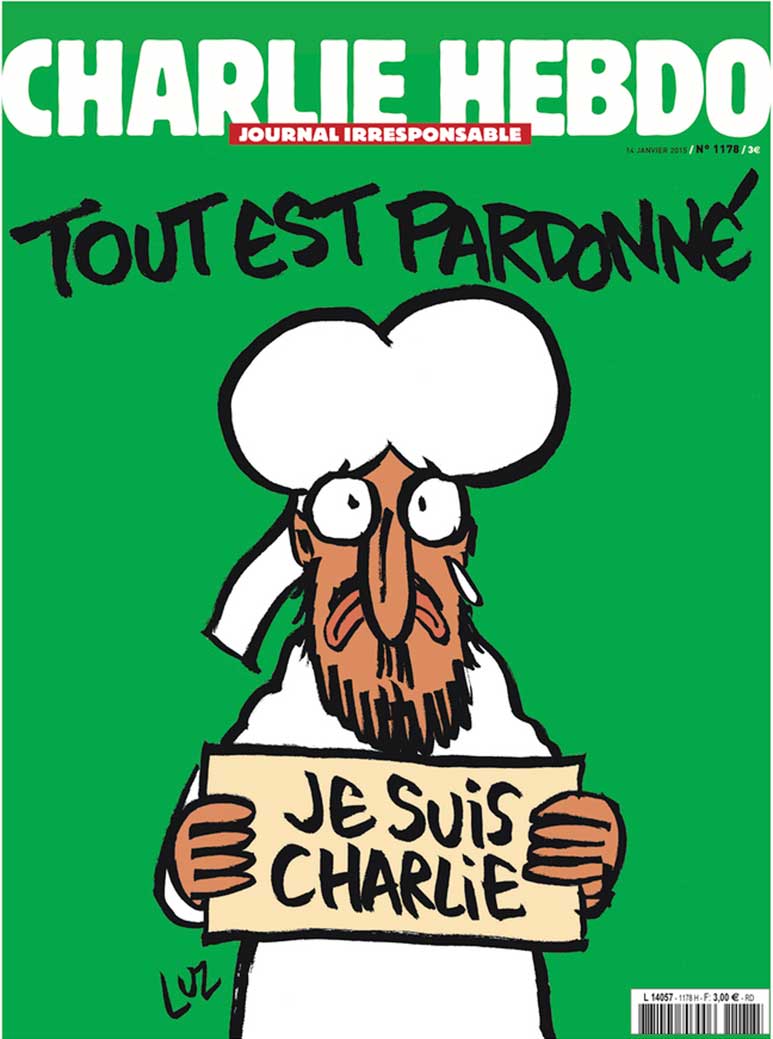 The 17 victims of the terrorist barbarity

For them to be ever remembered, here are the names of the 17 victims the three jihadists made at Charlie Hebdo, in Montrouge, and at the Hyper Casher, Kosher supermarket in Porte de Vincennes: 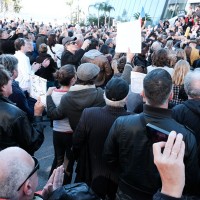 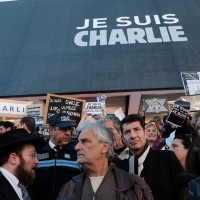 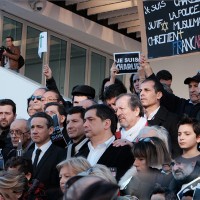 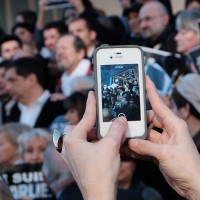 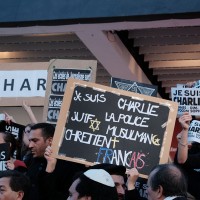 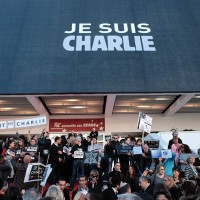 Republican March for Charlie in Cannes was last modified: January 14th, 2015 by tamel