Righteous Among the Nations Medal Ceremony 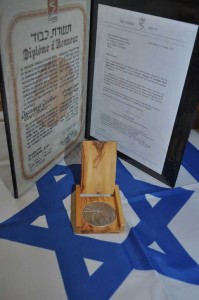 The Medal of the Righteous Among the Nations
The Medal of the Righteous Among the Nations is awarded by Yad Vashem to non-Jews who risked their lives at saving Jews during the Nazi occupation. This was the case March 21, 1944, when the young Gabriel Calef then aged 23 years, was arrested by four members of the Gestapo, during a raid at Don Bosco High School where he was placed by his family fleeing the advance of German troops and their hounding of Jews. He managed to escape through the window of the parlor where he had been imprisoned awaiting to be led to a disastrous trip. He took refuge not far away at Jacques Mari and Caroline’s who  he met by chance shortly before and who agreed to hide him  for eight months. Mrs Mari had over time become Aunt Mim, as her kindness, affection and attention was high for this young man in great pain, who had just learned that his father, his mother, brother and sister had just been arrested during a raid and therefore doomed to certain death. They gave him a room on the first floor of their house, despite that his presence were putting them at very high risk. Mrs Calef express her gratitude to this extraordinary family and praised Jacques and Mari Caroline’s courage: without their help, her husband would not have been getting out of this hell alive, and she thanked the Yad Vashem committee, the State of Israel and all the people present at the ceremony.

Duty of remembrance
In their speeches, the different personalities recalled the horror of the Holocaust when 6 million Jews men, women, children, babies perished in the death camps. That is why Mr. Patrick Allemand said that the ceremony was very important to him and that it should not be trivialized especially in respect to this tragedy and to the horror of the Nazis who had invented the greatest killing machine in the 20th century. He saluted the role of the clergy who contributed to slowing or even stopping the deportations in Nice. He evoqued  the wonderful book by Primo Levi  ‘If it is a man’ in which the author recounts his experiences in the Auschwitz extermination camp in describing the horrors and dehumanization of an entire people. Words and texts make sense in these places, facing the dark line of rails that crisscross the iced Birkenau vastness.
Mrs Martine Ouaknine, Deputy to the Mayor of Nice, also recalled that since 2004, some 10,000 college students flew specially chartered plane by the department to Krakow, a city located about sixty kilometers from Auschwitz and Birkenau, and visited camps, barracks, gas chambers and the museum of these place one was entering through a door and exited through a chimney. One million people have been exterminated, and these camps are now the largest cemeteries in the world. A duty of remembrance for all those college students to raise awareness about this human tragedy, they become direct witnesses to the thousands of endangered deportees and describe their unique horror of the genocide. 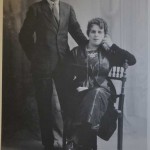 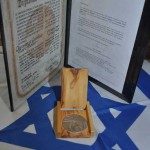 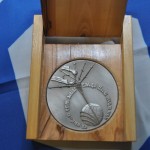 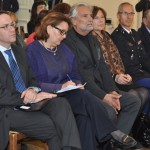 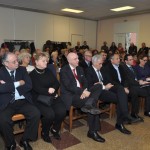 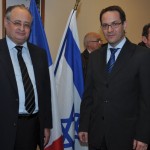 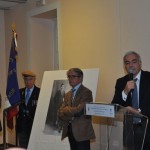 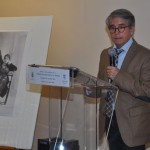 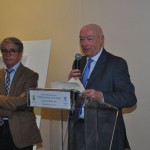 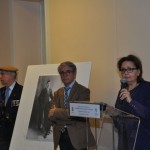 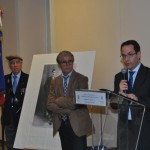 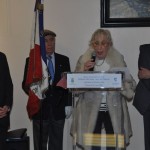 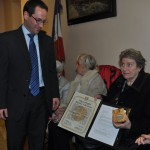 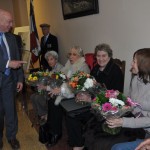 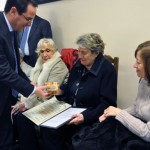 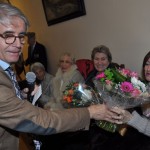 Righteous Among the Nations Medal Ceremony was last modified: July 20th, 2013 by tamel