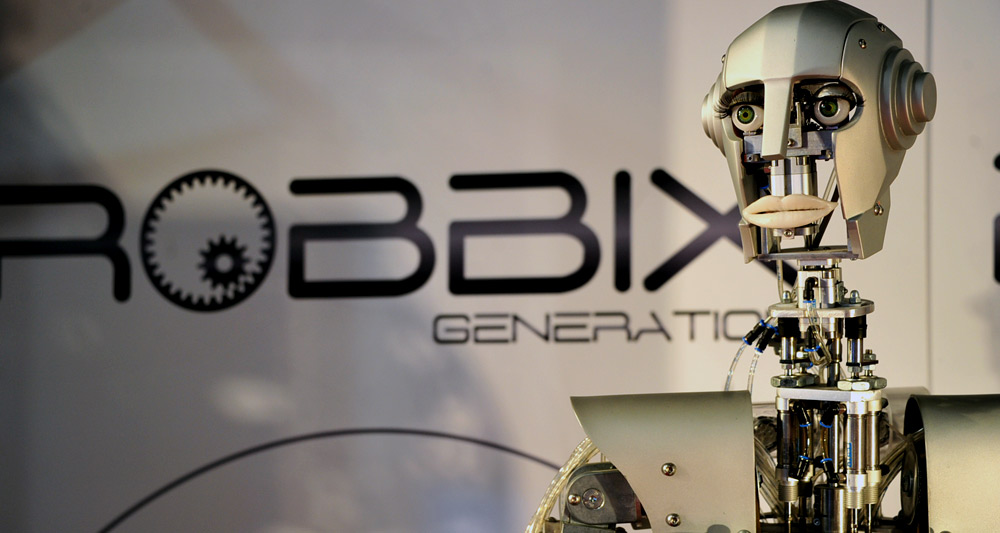 At Heavent Meetings 2014, ZigZag Production was introducing its robots for entertainment, events and shows with animatronic star Robbixa.

By their science fiction appearance, robots are fascinate the public; by their presence, they help make any event a spectacular and original show.
From decor of all size to model prototype (POP, dummy object, realization after the creation of designers or artists), ZigZag Production workshops, combining the work of wood, metal, resin, plastic, composite materials, etc. are involved from creating sculptures or models or only implementing them.

Alongside its activity of creation of decors, since its inception in 2005, ZigZag Production is developping a department specialized in mechanized sculptures whose research is directed towards robotics for automatic performances. The French company manufactures, rents automatic machines and programmable robots in the field of museology, audiovisual, entertainment and recreation.
Within the workshop, Michel Ploix, artistic director and visual artist, Jean-Paul Masip, automation engineer, and Laurent Mahy, special effects mechanic, are designing and building customizable and programmable robots.

The company has developed computer-controlled robots which, unlike conventional robots, are reprogrammable to infinity. Whether realistic or completely fanciful, the creators adapt them to their field of application: live or automatic show, audiovisual or museography.
With extensive experience in various fields of sculpture, synthetic materials, mechanics adapted to the event and automation, ZigZag Production creates animatronics, models, mock objects at all scales and decors items. Their creativity has earned them the prize of the jury for the caravan Ibis Budget Hotel at Tour de France 2012. One finds also their animatronics at Parc du Puy du Fou in the Imaginary World of La Fontaine, as well at the Musee Grevin.

The animatronic robot Robbixa presented at Heavent Meetings in Cannes, is controlled by computer, and expresses herself by the voice of actors. 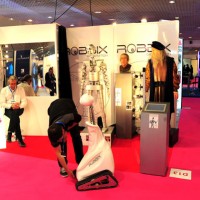 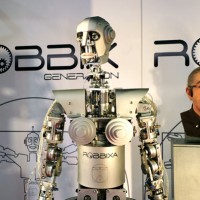 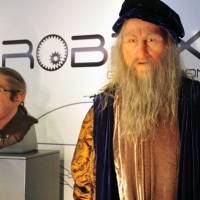