At Heavent Meetings in Cannes, the stand of the Destination Mougins Club attracted many visitors curious to learn about Mougins, the gastronomic capital of the French Riviera, and its treasures.

The Destination Club Mougins, launched in 2013, was created by directors of Mougins prestige establishments who united their energy, creativity and networks to contribute to the development and the international reputation of the destination Mougins.
The snail-shaped Mougins village on top of a hill between Cannes and Grasse, is world-famous for its narrow, paved with ancient stones, picturesque alleys winds through the old stones of flowered facades. The village, immaculately kept, has preserved its authenticity and offers stunning views on both the Mediteraean and the “Pays de Grasse”.
As an association, the Destination Mougins Club – DM Club participates in various national and international exhibitions and has developed a common communication on the destination Mougins. Its participation at Heavent Meetings, the international trade show for MICE and events, is part of the strategy to let Mougins and its riches to be better known and deepen relationships with event creators looking for prestigious settings for their event. The Club also organizes events to promote the town of Mougins as a favorite international destination.

Born of a meeting between prestige hoteliers, the DM Club has communicated its dynamism to different sectors in Mougins such as golf, Art and SPA.
Honorary members consist of a President, Giuseppe Cosmai, CEO of the Mas Candille, a Vice-President and Secretary, Laurence Giordano, General Manager of the Mas du Grand Vallon and a treasurer, Vincent Lecuyer, General Director of the Moulin de Mougins. The three honorary members have decided to take up residence at the legendary Moulin de Mougins for their headquarters.
Are also part of the Club, as active members: Bernard Apthorp, Consultant for the Hotel de Mougins, Ulrike Bischoff, owner of SPA Ayame, Claudie Valle, Deputy Director of the Golf Country Club de Cannes-Mougins and Leisa Paoli, Deputy Director of the gorgeous Museum of Mougins Classic Art.

Featuring 5-star hotels, many gastronomic restaurants with starred chefs, golf courses, spas and museums, including the famous Art Museum Classsique, Mougins is served with passion by the directors of prestigious establishment. 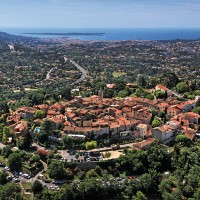 Mougins and the Mediterranean 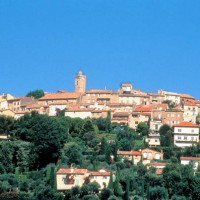 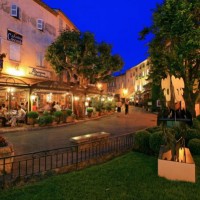