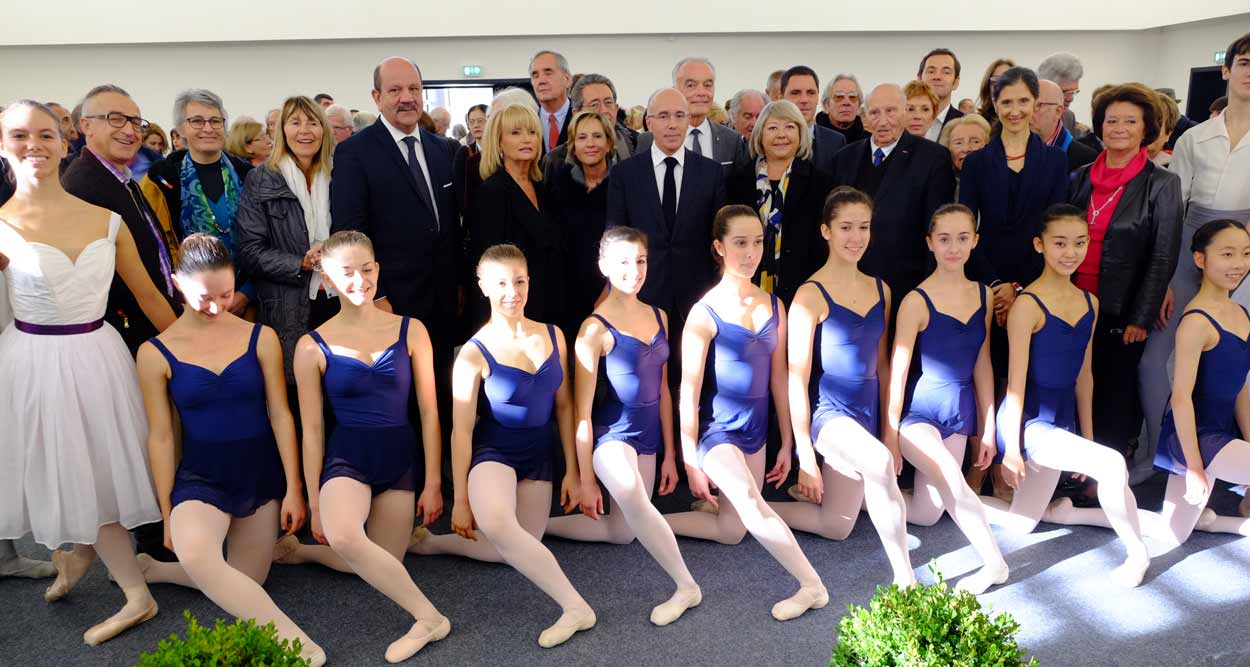 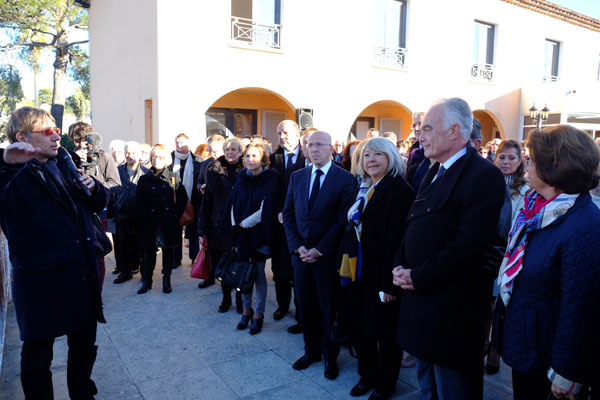 Unveiling of a plaque at the dance studios, christening of a new “Allée Rosella Hightower“, visit of the splendid and bright new premises that students already use, a tribute to the American star of the dance … the inauguration of the new Ecole Rosella Hightower in Mougins celebrated the creativity and visionary spirit of the star of the Grand Ballet du Marquis de Cuevas.

A site where everything is combined…

“What a pity you are not here to see it all!” cried Dominique Monet Robier, evoking her mother Rosella Hightower. “Without you, this school would not exist!”
The idea of a school on the american model came at the dancer at the age of 18, tired of going back and forth between different teaching places or dance classes, scattered across Kansas City. Her dream: a site where everything would be gathered, boarding, classrooms, dance studios, and of course, a theater. The teaching would be rich and varied: music, dance, theater, visual art.
The Americans have offered to achieve her school in the US, but it is in Cannes, in 1961,that she founded with her friends José Ferran and Arlette Castanier, the Rosella Hightower International Dance Centre, a multidisciplinary school – Rosella advocating diversity – from ballet to contemporary. 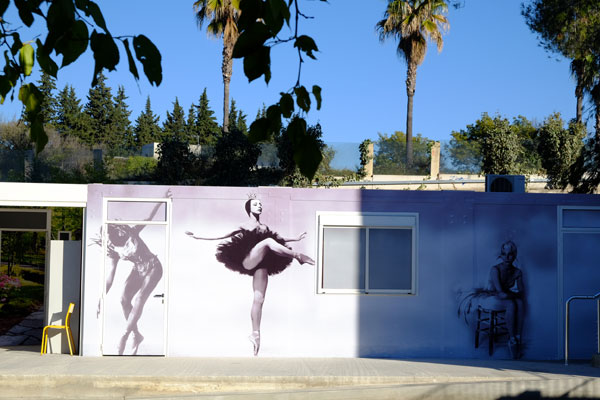 In the meantime, Rosella met Jean Robier, painter, decorator and costume designer, with whom she will even more enjoy “le bon goût Français“, fashion, gastronomy… French chic, as she used to call it.
The company of the Marquis de Cuevas, of which she was “danseuse étoile“, is each year staying several months on the French Riviera, offering its shows from Cannes to Monte Carlo. Rosella decides to settle on the “French Riviera” in Cannes, the city hosting the International Film Festival that began to give the city a worldwide reputation.

An adventure begun in Mougins fifteen years ago

Driven by an incredible energy, the Franco-American star dancer Rosella Hightower has deeply marked half a century of classical dance, as much by her roles in the Grand Ballet du Marquis de Cuevas, than by the direction of several Ballets: Marseille, Nancy, Milan and Paris Opera Ballet. In her Ecole Supérieure de Danse de Cannes, she formed many internationally renowned soloists. Become too narrow for its international fame, the dance school is welcomed in Mougins by Mayor Roger Duhalde and the Mayor of Mougins Richard Gally just gave the culmination to an adventure started fifteen years ago, helped in its proactive approach by Eric Ciotti, President of the Departmental Council and Dr Alain Frère, a central figure of Culture in the department for many decades. 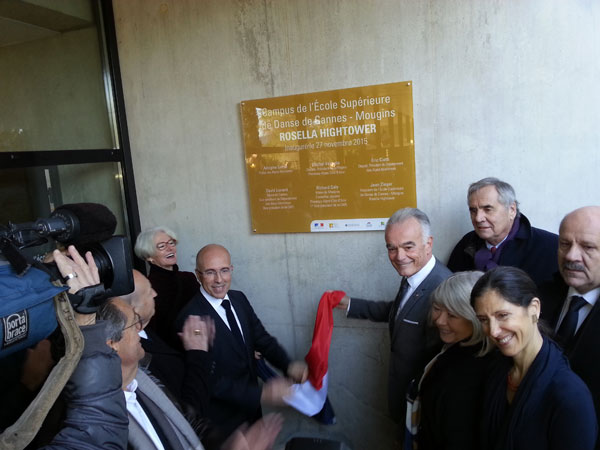 The work enabled the creation of four dance studios in the heart of the campus, modern and bright, including changing rooms, toilets and infirmary. The acoustics, dance floors, the balance between natural and artificial light offer international quality standards.
The Boarding now includes two levels with 15 additional rooms with private balconies, bringing the total of 100 beds at the boarding. The skin of the building is made of “Corten” steel which takes lavish “rust” tints evolving over time.
Embellished and customized, the modular classrooms, grouped at the foot of the boarding, enjoy a sound insulation around a courtyard with greenery.
A health space, essential for dancers with an intensive practice in the same way that high-level athletes, complete the school’s full training offer, in line with its higher level of education.
All these facilities will be integrated in the future Cultural Pole, whose first stone was laid recently. 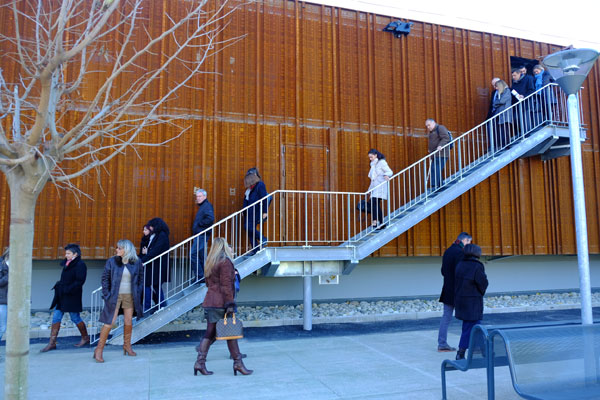 The Ecole Supérieure de Danse Cannes Mougins Rosella Hightower hosts some 800 dance students annually in three categories of training. 100 to 200 young students are introduced to the dance on Wednesdays and Saturdays. 200 other students, destined to become professional dancers (80% of them are taken in international dance companies) or dance teachers, will be in possession of a national diploma graduation. Finally, 150-200 young students practice in dance workshops during the school holidays. The 800 students who come to train at the school are from 15 to 20 different nationalities.
The creation of this new school, the synergy of all the forces of the territory of the French Riviera provides young people the possibility to live their passion and become the elite of the dance, under the aegis of its Artistic Director, Paola Cantalupo.

A civilization of culture and freedom of expression

At the inauguration, a tribute was paid to the victims of attacks in Paris. Richard Galy said that “Culture and heritage are our roots, that’s how we live the evolution of our civilization.” Eric Ciotti said that culture, art, poetry, freedom of expression is the best answer to the barbarism and praised in Rosella Hightower School the culmination of a sum of wills on “the Côted’Azur, land of light and creation.” He concluded the speech with this words: “Culture has a cost, but it is priceless!” 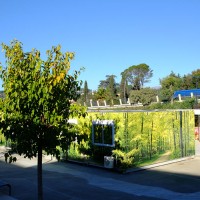 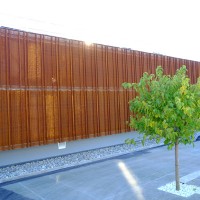 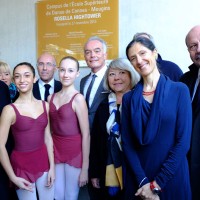 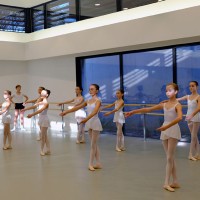 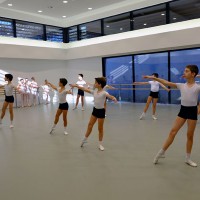 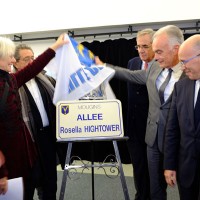 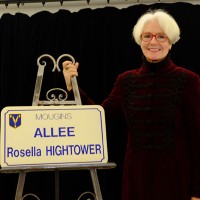 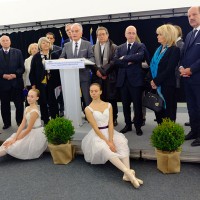 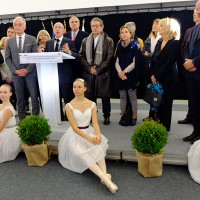 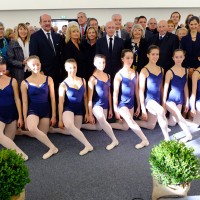 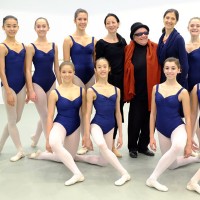 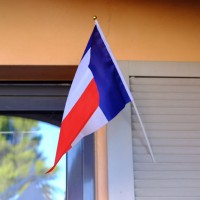