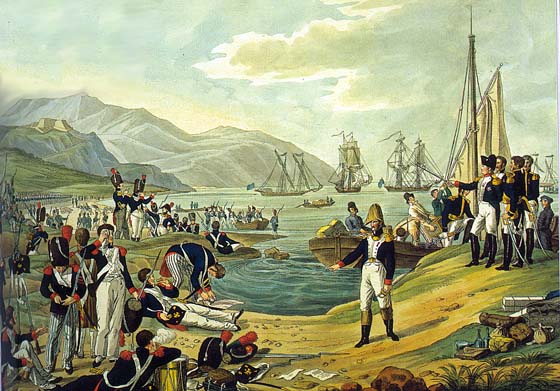 Between March 1 and 7, 2015, the Route Napoleon relives a great moment in history as part of the bicentenary of Napoleon’s return from Elba.

In continuation of the reconstruction of Napoleon‘s landing in Golfe-Juan (Saturday February 28 and March 1), the event includes a reconstitution of Napoleon’s epic from Golfe-Juan to Grenoble between March 1 and 7, nearly 330 km. It is organized in partnership with the Departmental Committee of Equestrian Tourism and under the aegis of the ANERN – Elected Officials’ National Association for the Route Napoleon – of the General Council of the Alpes-Maritimes and general councils of departments crossed at the Napoleonic era. 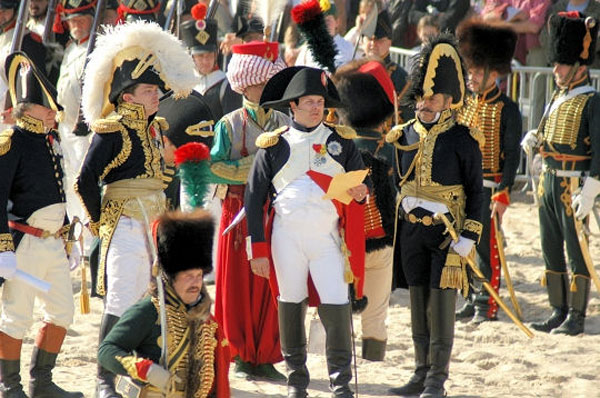 In 1815, Napoleon, who lived in exile for nearly eleven months on the island of Elba, decides to overthrow the monarchy of Louis XVIII. Landed at Golfe Juan at the head of a small force, he avoids the troops stationed in Marseilles by traveling via Cannes, Grasse, Digne and Sisteron towards Grenoble, creating the famous Route Napoleon. Thus began the Vol de l’Aigle and the period of the Hundred Days.

On Sunday, March 1, 2015 at 18h00, rue Notre Dame in Cannes, amateur enthusiasts of the Napoleonic period, dressed in the most accurate costumes, will reconstitute Napoleon’s bivouac. Interpreting historical figures, closely reflecting the reality of that time, horsemen and infantrymen will set up their tents and will leave the next day en route to Grenoble via the famous Route Napoleon. As the Emperor did in the same place, 200 years ago to the day.

Departure to the Route Napoleon

Monday, March 2, the Polish Lancers of the Imperial Guard will cross Mougins, from the crossroads of La Blanchisserie, into the Val de Mougins en route to Mouans-Sartoux and Grasse.
The troupe will arrive in Grasse through the Route de Cannes (at Gifi). Lancers and their horses will be greeted Place de la Foux in front of the Espace Napoleon in the presence of ANERN members.
The Regiment of Lancers then will join the plateau Napoleon by the Route des Carrières, the Chemin de la Chapelle des Chiens and Bd Clemenceau, for a historical stop in the Bergerie des trois Cyprès.
In honor of the Bicentennial of the Route Napoleon, the house Galimard in Grasse created the perfume Napoleon 1815. 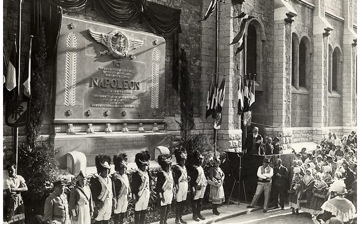 Testimony of Francis Augustine Poulle, Mayor of Cannes in 1815, about Napoleon’s landing: “At around two o’clock, the arrival of Bonaparte has been announced, who established his camp on the sands outside the city, near Notre Dame. He had a big fire started which was surrounded by his troop and many people from the city. He spoke to no one, except to Monseigneur the Prince of Monaco, who had arrived in Cannes around five o’clock the day before.” (Source: Cannes Municipal Archives.)

The Association Action Nationale des Élus pour la Route Napoléon brings together the 42 municipalities located on this road. Its mission is to present the essential and national character of this route taken by Napoleon and now dedicated to tourism.
Along the Bicentenary, lectures, symposia and exhibitions, creations in the field of perfumery or culinary arts, horse riding and walks, will be offered, labeled by ANERN.

Full agenda of events on the official sites of the cities along the way and on: