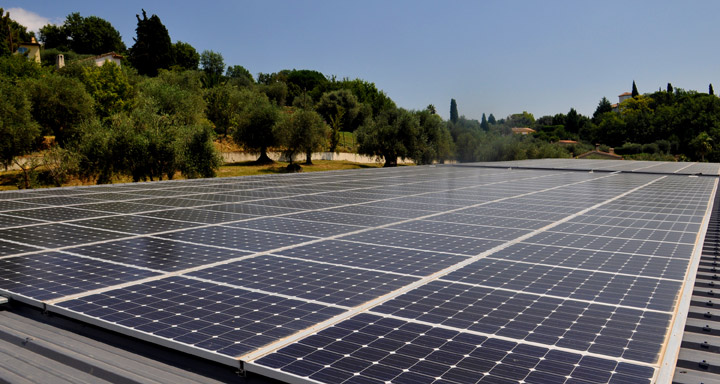 At the inauguration of the pools covering of the Châteauneuf drinking water treatment plant on July 23, 2013, David Lisnard, First Deputy to the Mayor of Cannes and President of the SICASIL, recalled the the objectives of his mission: to provide optimum water quality at the right price, to ensure a steady water supply and pool costs to take advantage of economies of scale.

For twelve years, the SICASIL, intercommunal organization of drinking water in and around Cannes, has become a model of reliability and safety in drinking water supply. In addition, the SICASIL, oriented towards technological, environmental and economic performance, practices an active ecology and seeks to respect and beautify the environment by integrating its works in nature.
In the presence of Jean-Pierre Maurin, Mayor of the city, André Aschieri, Mayor of Mouans Sartoux and Regional Advisor, Françoise Gioanni, Mayor of Courmes and General Councillor, delegates and representatives of companies, President David Lisnard thanked the partners who worked to the covering of the Châteauneuf de Grasse plant and presented the progress made. Built in 1966, the plant is treating water from the Canal du Loup taken in the head of the watershed at the level of the Gréolières and Bramafan sources. The project was to cover and close the ten filtration pools of the plant at the rear of the building. In addition, a fresco depicting the Esterel mountains was painted to limit the visual impact of the back cover. The facades of the building were dressed up with terracotta or coated in ocher and gray beige shades to provide total integration of the building into the landscape.
To optimize this work program, 500 m² of photovoltaic panels fully integrated into the building were installed, bringing to 2,500 m² the SICASIL solar park for a total production of 400 Mega Watt hours per year, equivalent to the annual consumption of 200 homes. The electricity produced is sold 23 cents per kilowatt to EDF.
The investment amount of the pools covering and the installation of photovoltaic panels amounted to 728,000 euros. The SICASIL, Project Manager, has received financial support from the General Council of the Alpes Maritimes and the Provence Alpes Côte d’Azur Region. To compensate the consumption for water treatment and supply, the SICASIL generates as well electricity via micro-hydro plants. Three micro plants are already operating and a fourth of 420 mwah will soon be in service, for a total output of 3,500 mwah. This production will equal the SICASIL’s consumption of electricity, thus making of the authority the first self-sufficient in energy in France. 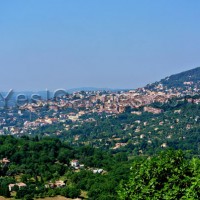 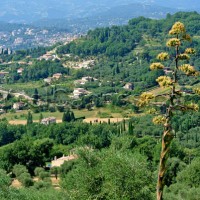 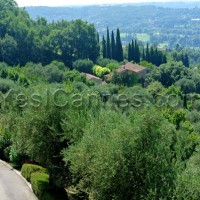 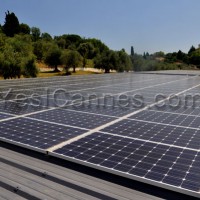 Solar palens on the roof 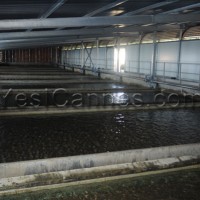 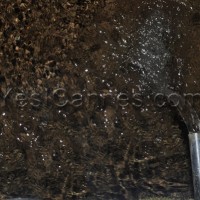 Water pouri,g in the pools 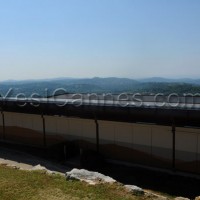 A nice fresco athe the rear of the plant 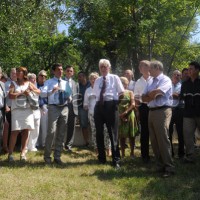 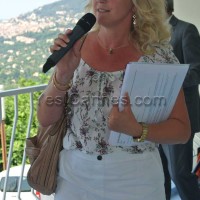 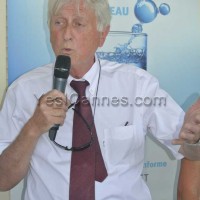 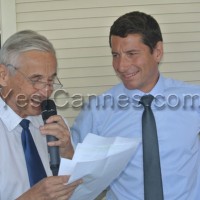 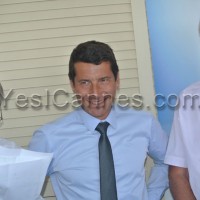 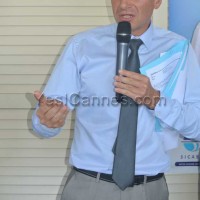 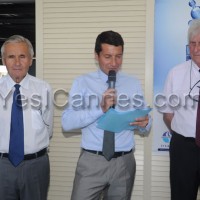 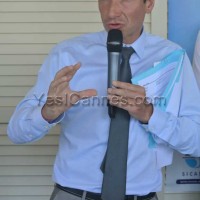 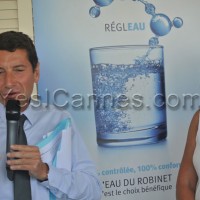 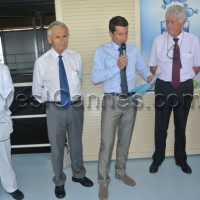 Personnalities during the inauguration speech 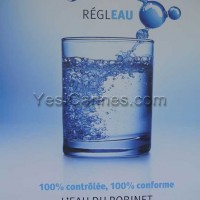