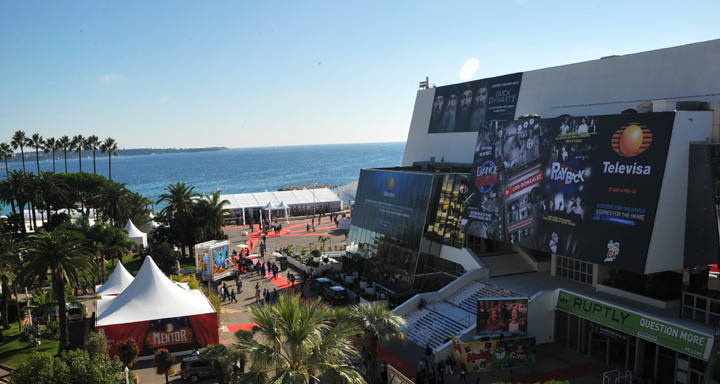 MIPCOM, global market for entertainment content across all platforms, brings together in Autumn in Cannes the industry’s international key TV and film players to create a new world of entertainment through meetings, conferences to strike deals and set up co-production.

The Children’s entertainment programs are showcased at MIPJunior, where key international buyers, sellers and producers gather to present, discover and screen content.

MIPCOM 2013 Personality of the Year, DreamWorks Animation CEO Jeffrey Katzenberg, speaking to a packed Grand Auditorium keynote audience October 9, said: “I don’t think there’s ever been a time filled with so much new and unique opportunity for the world of television.” And MIPCOM 2013 attendance figures prove a growing dynamic in the entertainment world: 13,500 delegates, from over 100 countries gathered to make deals or get insights on the future of television. International acquisition executives numbered 4,623, of which over 1,000 were digital buyers.

MIPCOM 2013 saw as well an unprecedented wealth of talent in Cannes to support shows – a clear indication of the convergence of film and television and the increasing role international is playing in financing television series.
Laurine Garaude, Reed MIDEM’s Television Division Director, emphasized the number of great stars attending MIPCOM to promote the series they star in. That reflects the commitment from production companies sending a clear message:” We’re serious about this series and we’ve lined up international talent to prove it.” Andie MacDowell promoted Hallmark Channel’s ‘Cedar Cove’ andsupermodel Naomi Campbell was on the Croisette to promote ‘The Face,’ which she executive produces. British actresses Emily Mortimer and Dolly Wells represented their co-creation series ‘Doll & Em.’
Country of Honour, Argentina, sent a record 98 exhibiting companies and a delegation of 283 executives who reported a host of deals. 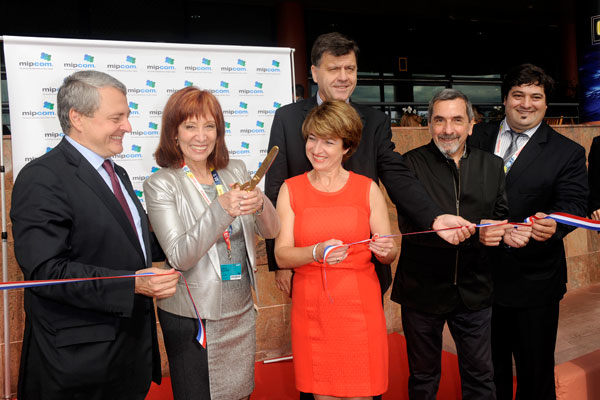 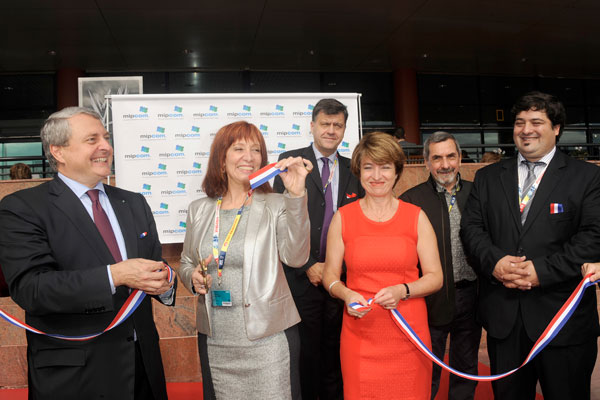 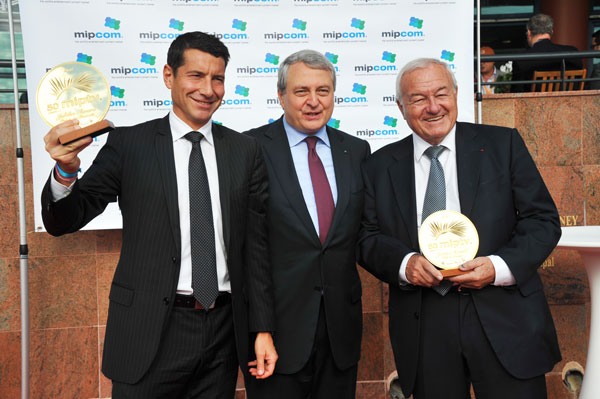 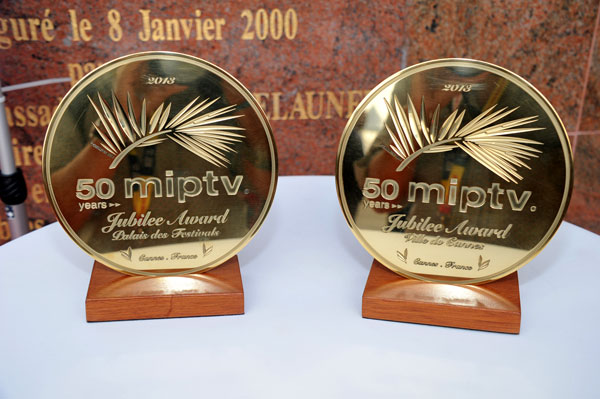 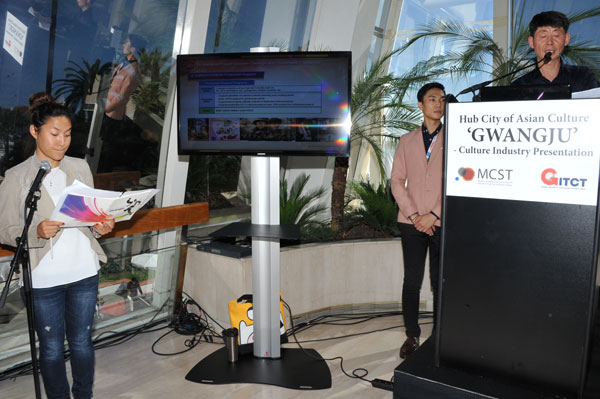 At MIPCOM 2013, the Minister of Culture, Sports and Tourism of Korea, Heung Kyu PARK, and Kim Seon-Ghoul, manager of the team of the foundation Gwangju Information & Culture Industry Promotion Agency came to present the project “Gwangju Hub city of Asian Culture” in order to raise awareness and encourage foreign production companies to visit the city and its innovative new facilities on shooting location dedicated to television and cinema.
South Korea, ranked twelfth largest economy and the city of Gwangju, known to be the largest cultural center of Asia, want to create a city that will be the future capital of the Asian arts, culture, television and cinema through major investment by the country and the city.
This huge project will allow the city to have a mutual exchange with other Asian cities in conjunction with the growth of bilateral trade in creating a thread for the environment and open communication between Western cultures and the ambitious project which is the largest cultural project since the founding of the country.
The main cultural projects in the city of Gwangju are the creation of a museum of Asian culture with the goal that it becomes a world reference and a reservoir of artistic creation of quality theater, television and film. 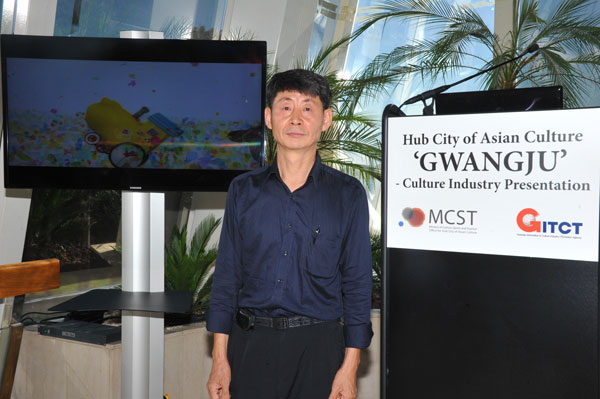 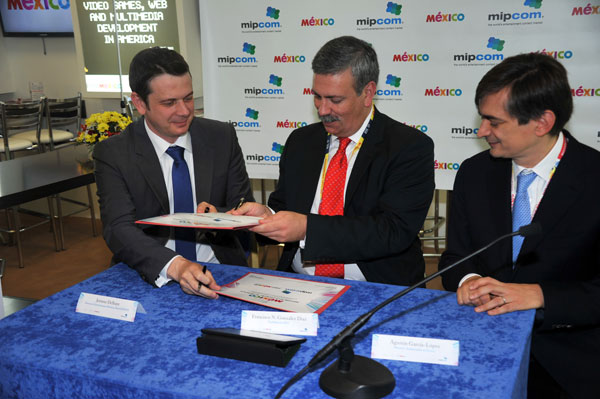 Signature of the protocol

Director of Reed MIDEM Entertainment division, Jérome Delhaye and CEO of ProMexico, Francsico N. González Díaz signed on October 10 in Cannes the “Country of Honor” at MIPCOM 2014 protocol during a ceremony on the ProMexico stand. The discovery of the dynamic Mexican industry of television, film and digital content will begin at MIPTV 2014 (April 7 to 10, 2014 ) and will last until MIPCOM 2014.
Television executives from around the world will have the opportunity to discover the various programs such as fiction, documentary, animation and cartoons. Mexico is the largest producer of Spanish-language television programs, seen by over one billion people in 100 countries. Laurine Garaude, Director of Reed MIDEM Television Division, stated that ” the support of ProMexico in choosing the country of honor demonstrates Mexico’s commitment to the development of the entertainment industry in the global marketplace.”
Francsico González Díaz said : “The recognized talent of Mexico, combined with its competitive cost, its quality infrastructure, its natural wonders, its world-renowned hospitality, its attractive market, its proximity to key international locations and generous support, have made our country the destination of choice. That’s why we are moved by the announcement of Mexico as the next country of honor at MIPCOM 2014. This is the main event in the world for international television industry and film. We are looking forward to showing you why Mexico is becoming the ideal destination for this industry.”

ProMexico Mexican is the institution responsible for strengthening Mexico’s participation in the international economy. To achieve this, the institution supports the export activity of companies established in the country and coordinates actions to attract foreign direct investment in the country. 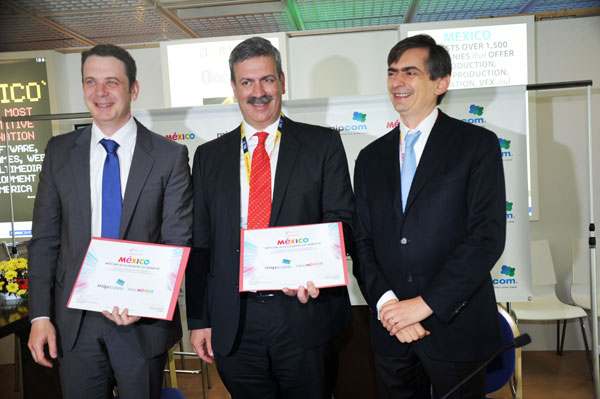 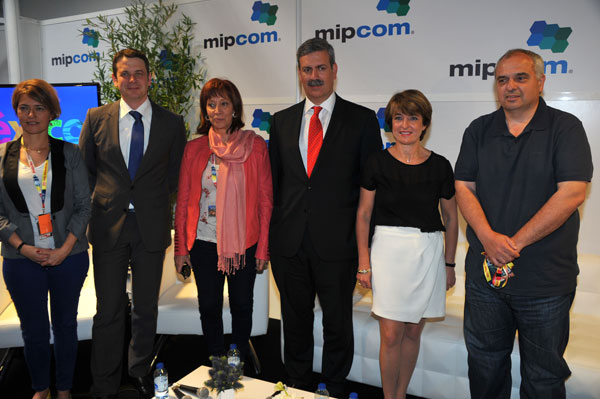