The Jury of the 66th Festival De Cannes 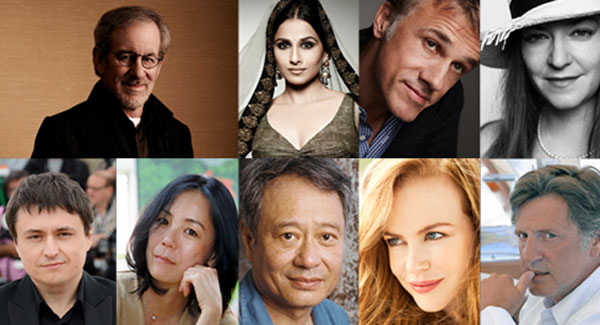 Festival de Cannes 2013 President of Jury pionneering American director and producer Steven Spielberg has been leading a bright-spirited Jury of height leading figures. Eight international, very high level movie personalities that surrounded and helped him awarding the prizes. They are all as well famous and are prominent in their several creation spheres.

Prizes which were announced during the Closing Ceremony on May 26th after what the Jury of the 66th Festival de Cannes 2013 have decided to award between the films in Competition, feature films and short films altogother. Many prizes were presented to winning directors and actors – including the male and female actor Prize – the Palme d’Or being the most seeked-after and the highlight of the Ceremony. (via Festival De Cannes)