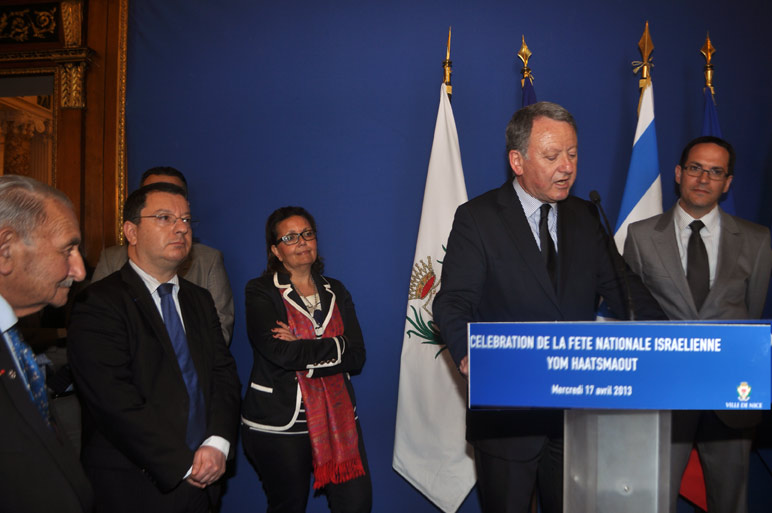 Anniversary of Israel’s Declaration of Independence in Nice

On April 17, 2013, a reception was held at the Villa Massena in Nice to commemorate the day of the Israeli creation: “Yom Smaout Haat”. Elected officials, representatives of community associations and friends of Israel were gathered around Rudy Salles, Deputy and Chairman of the France-Israel Friendship Group in the National Assembly and President of the French Riviera France-Israel, representing Deputy Mayor of Nice Christian Estrosi, and Barnea Hassid, Consul General of Israel in Marseille. 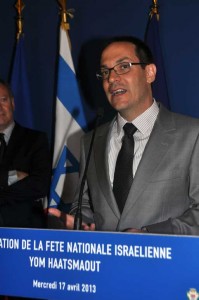 All were gathered to remember the official Declaration of Independence by David Ben Gurion on May 14, 1948 in Tel Aviv, creating the State of Israel, after the victory of his soldiers upon five Arab armies and heavy men losses. This statement was considered a sign of providence. Following Yom Azikaron day of mourning and reflection, Yom Haat Smaout is a day of celebration for all Jews around the world because it put an end to nearly two thousand years of exile of the Jewish people, after the dispersion of the Hebrew occurred in 70 of the Common Era.
While the forces of evil were set up to destroy Europe and annihilate most of its Jewish communities, a Jewish was developing homeland in Palestine which would become the State of Israel, a haven for Holocaust survivors and Jews around the world wishing to settle in the holy land of their ancestors.
During his speech, the Nice elected Rudy Sales recalled the strong ties between the city of Nice and Israel, twin city with Netanya. He also recalled the memory trips to Auschwitz Birkenau for students in the region, organized and financed since 2004 by the General Council of the Alpes Maritimes and called for continued vigilance in a time when threats from all sides, including countries such as Iran and its President Mahmoud Ahmadinejad who recently said that the Iranian people were ready to march on Israel to destroy it by scratching it from the card with its nuclear bomb or the rise of radical and Sunni Islam represented by the Muslim Brotherhood.

For its part, Consul Barnea Hassid emphasised the technological advancement of the country and stressed that Israel was the High Tech world leader by number of inhabitants. Indeed, each year more new start-ups are founded in Israel than in any European country, and Israeli technology has made Israel a vital ally for the U.S. in its fight against Islamist terrorism.
Because of its high degree of scientific and technological development, Israel is the only non-European state of the Mediterranean since 1983 to scientifically and technologically collaborate with the European Union on a mutual and beneficial work of research. Other areas of cooperation have been developed since 2006: sustainable development, including cooperation in the management of water resources, the fight against organized crime and terrorism, telecommunications, transport. The Israeli Consul ended his speech by praising the quality of bilateral relations and friendship links with the city of Nice.

Yom Haat Smaout: the celebrations begin the day before, at night, after the Remembrance Day in memory of the Israeli soldiers who fell in the line of duty and victims of terrorism. A public holiday in the State of Israel, as it is everywhere for a national holiday, Yom Ha’atzmaut also has a profound religious dimension. In many communities in the Diaspora, too, religious services, morning and evening, express the faithfuls recognition for the return of Jewish sovereignty over their ancestral land. 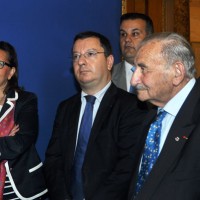 On the right, Charles Gottlieb 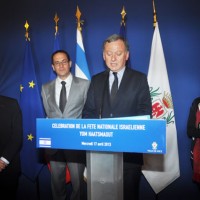 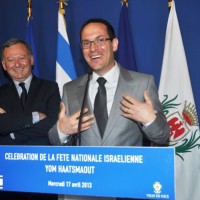 Anniversary of Israel’s Declaration of Independence in Nice was last modified: August 13th, 2014 by tamel