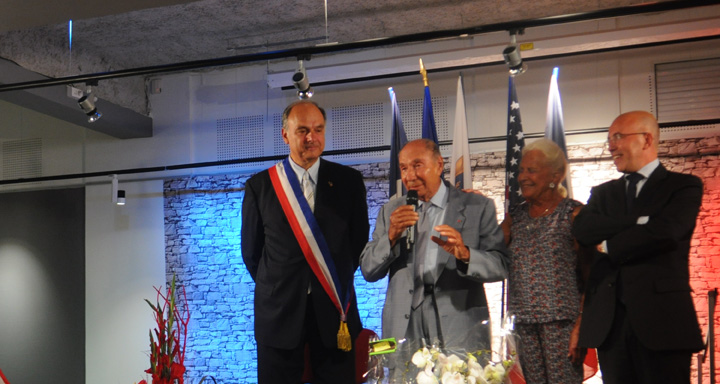 On August 16, 2013, Daniel Mansanti, Mayor of Theoule sur Mer presented the Medal of the City one of the most prestigious “Théouliens”, Senator Serge Dassault, whose industrial, political and media owner busy careers are famous. This tribute was held in the presence of Eric Ciotti, President of the General Council, Pierre Méhaignerie, former minister and a large audience. Present for the 69th anniversary of the Landing in Provence, the Naval Attache of the U.S. Embassy in Paris, Robert Buzzel also attended the ceremony.

For the industrial part, it is in the air that Serge Dassault won renown. In 1951, after leaving Sup Aero, he joined as an engineer in the group founded by his father, “Générale Aéronautique Marcel Dassault.” 4 years later, appointed Director of flight tests, he oversaw the first flight of the Mirage. Six years later, as Export Manager, in 1962 he launched the Mystery 20 at the exhibition of the National Business Aviation Association in Pittsburg. After several functions within the Group, he was appointed in 1987 CEO of Dassault Industries, and since 2000, he is the Honorary President of Dassault Aviation.
Meanwhile, Serge Dassault participates in political action from 1968 because, according to him, “Economics and politics can not continue to ignore each other.” First an adherent to the CNIP (National Centre of Independents and Peasants ) in 1974, he “takes off” in 1983 with a first mandate on the Municipal Council of Corbeil-Essonnes before becoming Regional Councillor in 1986, reelected in 1992. At that time, he joined the R.P.R. Mayor of Corbeil-Essonnes from 1995 to 2009, he still continues to play a leading role in this city. Serge Dassault is Senator since 2004 and, reelected in 2011, he is dean of the Assembly of Wise Men.
In the footsteps of his father, publisher of “Jours de France” (created in 1954, stopped in 1989), he became Chairman of the SOCPRESSE, group publishing the Figaro and magazines from the Express-Roularta group. Under his leadership, the group Figaro relaunches “Jours de France” in the form of a premium quarterly which will cover the news of celebrities, whose first issue will be released very soon.
Serge Dassault is also a man with a big heart: on his initiative, in 2011, the Dassault Group established the Marcel Dassault Prize for research on mental illness, with 150,000 euros per year.
In 1968, Serge Dassault acquired a second home at Port la Galère for the pleasure of his wife and family. His trips are full of warmth and friendly gatherings around one of his passions, tuna fishing and the practice of Golf.
Valuable ambassador of France but also of the beautiful City of Theoule, his advices and interventions for the benefit of the community were discreet but effective, and the municipality of Theoule is very grateful. “I wish all the communes of France to have a person like yours in its service!” said Daniel Mansanti before presenting him, on behalf of the City Council and all Théouliens, the Medal of the City and a sculpture signed Fortuné Evangelisti. 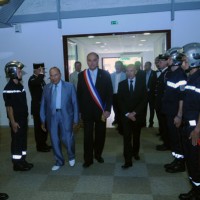 Guard of honnor for Serge Dassault 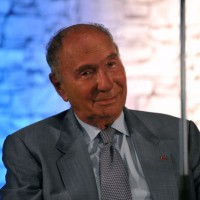 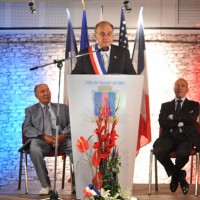 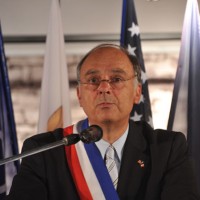 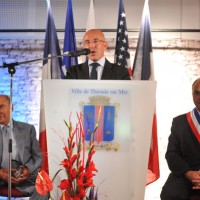 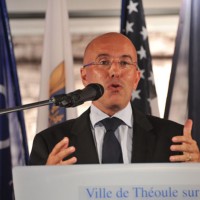 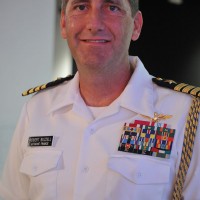 Robert Buzzel, Naval Attache of the U.S. Embassy in Paris 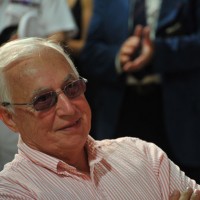 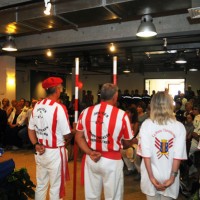 A large audience attended the ceremony 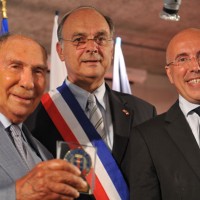 Serge Dassault awarded the Medal of The City 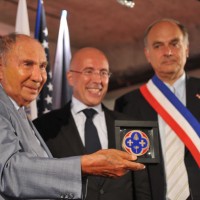 Serge Dassault’s Medal of The City 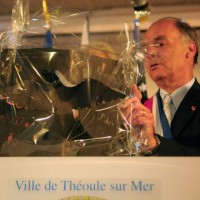 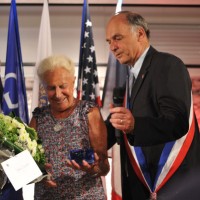 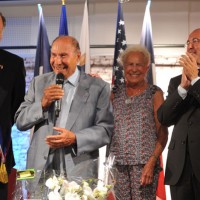 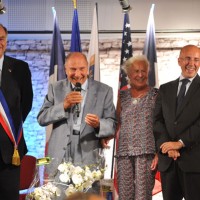 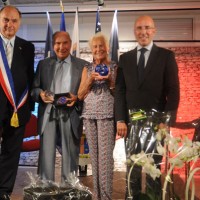