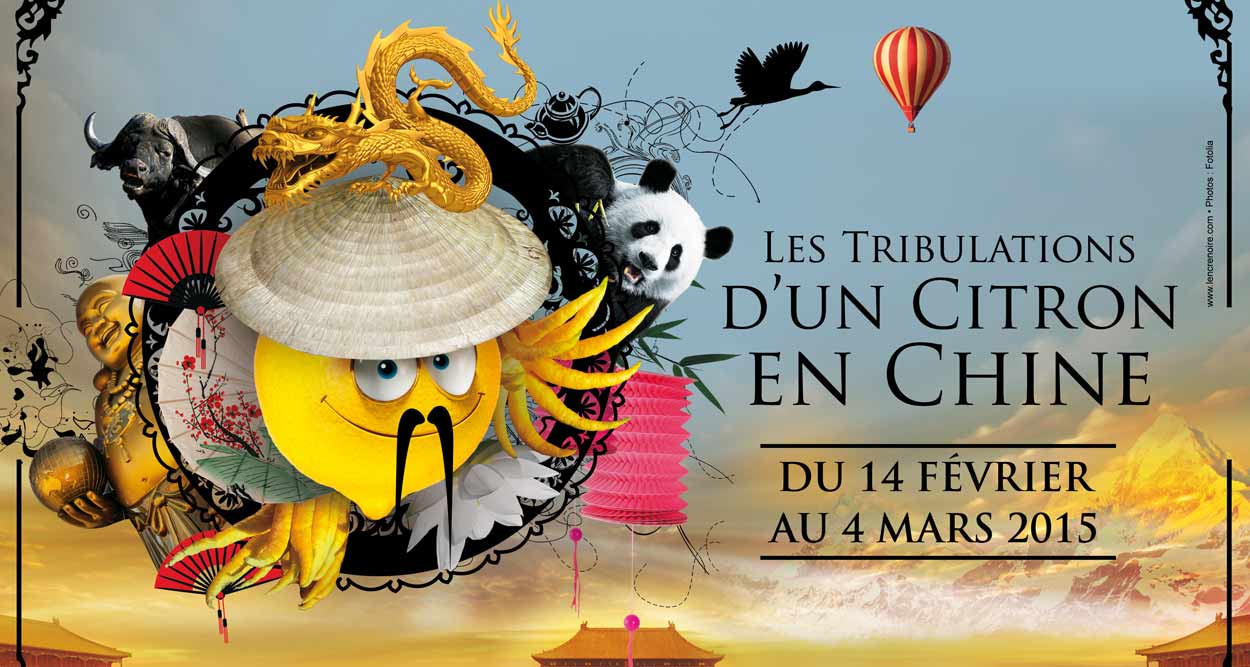 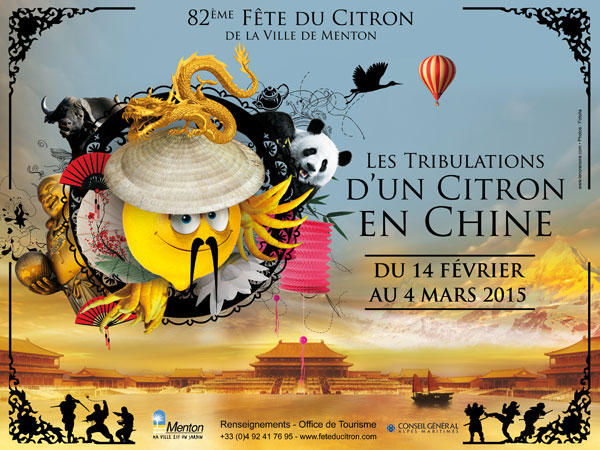 The Fete du Citron 2015 invites to visit a fascinating Asia and share the Tribulations of a Lemon in China, inspired by one of Jules Verne’s extraordinary journey.

After traveling Around the World in Eighty Days, then plunging into the abyss of underwater worlds aboard the Nautilus, the 82nd Fete du Citron has now packed up its bags for three weeks of Fruits of the Sun tribulations in Asia. Jubilation and fantasy will revisit the Tribulations of a Chinaman in China, another adventure novel by Jules Verne.

Universal themes the world dreams about

The themes of the Fete du Citron take their inspiration from the collective imagination, symbols from around the world and popular culture – from Tintin to Alice in Wonderland, from World Carnivals to Walt Disney – or literature, as Jules Verne’s novels (Around the World in Eighty Days, Twenty Thousand Leagues Under the Sea). 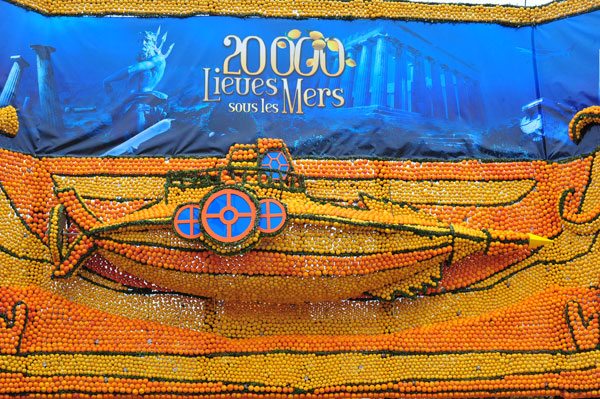 The Tribulations of a Chinaman in China tells the pursuit of happiness and emotions of a young Chinese heir in an action-packed hide-and-seek novel combining suspense, intrigue, humor, love and philosophy. The novel inspired the work of Hergé and filmmakers like Philippe de Brocca and Warren Beatty.

To depict the theme of Jules Verne’s hold-your-breath road-movie in fascinating Asia, the rich agenda will offer parades of floats, the Corsi des Fruits d’Or, – during daytime and illuminated at night – the Jardins de Lumières and the visit of the exhibition of citrus sculptures at Jardins Biovès. 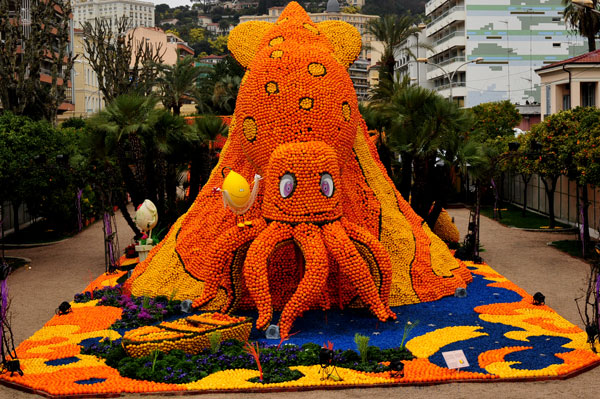 The Biovès gardens are adorned with the colors of the sun in dazzling yellow and orange. The giant sculptures of citrus and incredible scenery – some require nearly fifteen tons of citrus – amaze thousands of visitors.

The Fruits of the Sun Corsi

The “Sowers of Atmosphere”, bands and folk groups twirl, zigzag, dance between the beautiful floats covered with citrus, inhabited by joyful characters. Every Sunday, the Corsi bring together between 25 000 and 30 000 spectators.
On Sundays afternoon at 14:30

The Gardens of Lights

At night, the Jardins de Lumières offer viewers a different perspective. With the play of light, the compositions surprisingly delight with their amazing colors. Time seems suspended in this world where light and sound create a magical, fairy, unsuspected splendor.
Every Tuesday and Sunday (except the last) at 20:30 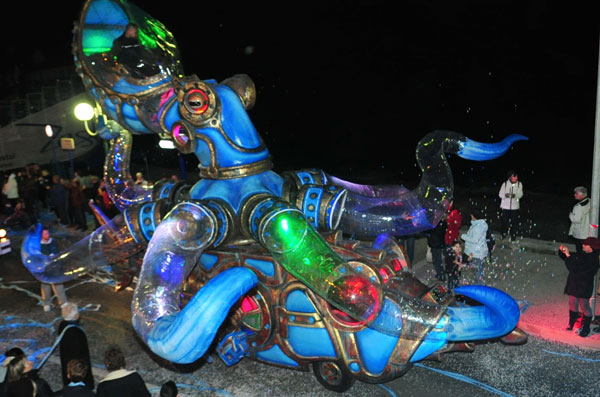 Every Thursday at 20:30, enjoy the magic and enchantment of the illuminated Corsi of floats built in citrus fruits, accompanied by brass bands, orchestras, folk groups, dancers in fascinating lights and colors games. An unforgettable atmosphere that takes you to a fairy and fantasy world.

On Thursday, February 19, 2015, the Tribulations of a Lemon in China will take the public to the celebration of the Chinese New Year during the Night Corso.