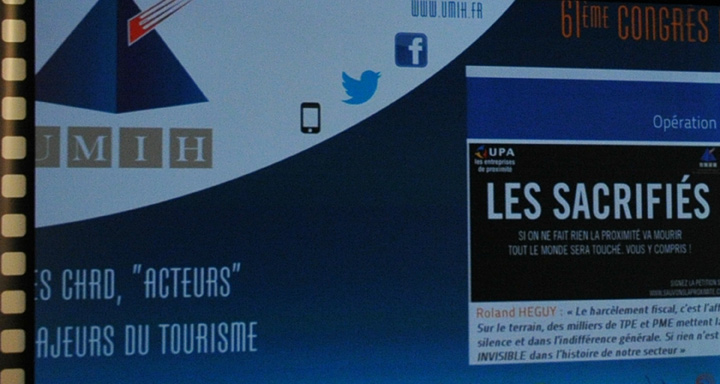 The UMIH – Union des Métiers de l’Industrie Hotelière (Union of Hotel Industry Trades) – chose Cannes and its famous Palais des Festivals to held its 61th National Congress from November 25 to 28 on the theme of “CHRD Major Actors Tourism” to forge a brighter future for tourism in France, a sector of high economic importance.

Merging of several employer organizations, the UMIH (80,00 members) represents, defends and promotes professionals the industries of hotels, catering, bars, cafes, brasseries, discos and seasonal occupations, in all regions and departments of France. The CHRD stands for Café, Hotels, restaurants and Discos.
It is an upset and frustrated profession which came to Cannes to express its bitterness and worries in response to the crisis and permanent tax increases. During the Opening of the National Congress, UMIH a panel of Tourism officials showed their support to the profession and spoke their mind about the situation of some concern that Tourism, one of the most important industry in France, is currently facing.

First, the host of the Congress, the President of the Palais des Festivals and Deputy to the Mayor David Lisnard, grand-son of hotel and restaurant owner, was delighted to host the National Congress of UMIH. In his speech, he stood against the bureaucrats who “are crippling business life” with taxes. He said that Cannes, French capital of hotel trades, global brand of tourism jobs, out of which 50% of jobs depend on the reception, would not have conquered its international reputation without its hotels, its restaurants, its cafes.

Michel Chevillon, President of UMIH 06, said that the opening of the Congress was held in a legendary hall of Cinema. “The stars are there,” he said, “The script is written, what kind of movie are we going to shoot? Western, science fiction, love or history. Action! Let the party start. You are the actors.”
He added:… “You embody a know-how, high standards, an identity. The CHRD are the firts employment sector, contributing to 7% to the national GDP and 50% of employment in Cannes. They set the values of the territory and the wealth of reception. You are the creators of wealth in the world and in Cannes, important levers in terms of job creation and prosperity.”

Alain Gumiel, Mayor of Vallauris Golfe-Juan, as President of CRT (Regional Committee of Tourism), reminded that the French Riviera destination was representing 1% of the global Tourism, but that France was now down to 7th place in world tourism. He addded that 7 million tourists frequent the French Riviera annually and that Tourism was firts in term of turnover on the Internet, hence its heavy weight in the economy.

President of Nice Côte-d’Azur Chamber of Commerce and Industry, Bernard Kleynhoff, showed as well a broad support to the pofession. He said that hotel and restaurant industry on the French Riviera were representing 18% of direct jobs, unlikely to be relocated, meaning 75,000 jobs. He added that today customers need to be reassured through creation of value and innovation. For example, the first Port Festival in Cannes attracted 15,000 people. The CCI aims to bring actors together, to be stronger, in order to develop jobs, airports, tourist offices. But the VAT increase will jeopardise the efforts and the 2006 Decree, a threat of closure weighs upon beaches. He concluded with these words: “The State must stop shooting us bullets in the foot!”

Exposing the unbearable tax burden and the next VAT hike, Roland Heguy, UMIH Confederal President, hammered: “The State is living one day at a time, its appetite has no limit. We can feel discontent and despair rising!” He then outlined the UMIH concerns for the profession.
The only sector that continues to create jobs is tourism and CHRD represents 60% of tourism. The UMIH recalls its weight: 203,375 establishments throughout France.
Roland Heguy reiterated a request shared by other sectors: with the deterioration of the economy and for safeguarding jobs, the VAT increase must adjourned.
“This is a bet for safeguarding entreprises and jobs.” The UMIH fight is also to struggle against the underground economy: we must fight against the scourge of illegal trade. Furthermore, we must restore balance and confront the online reservation centers. He concluded by asking the Government to let entrepreneurs do their job.

It was Rose, a restauratrice from Nice, who declared: “The UMIH 61st Congress in Cannes is opened.”

During three days, some 900 UMIH members participated in branch general meetings, workshops, round tables and conferences on key topic for the profession. 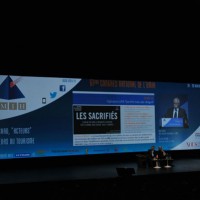 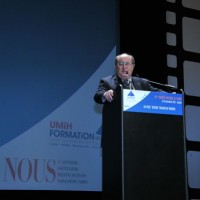 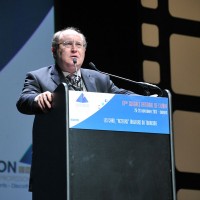 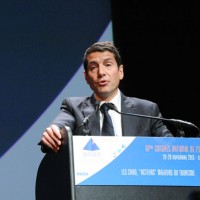 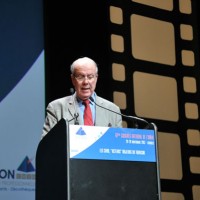 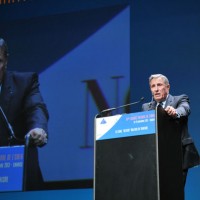 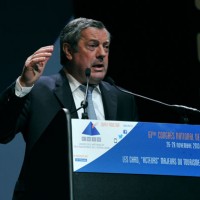 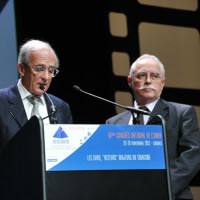 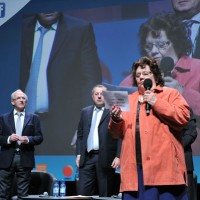 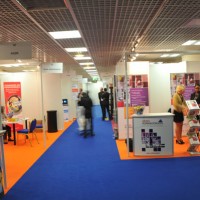 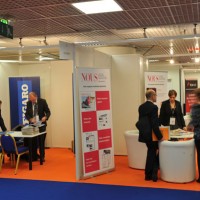 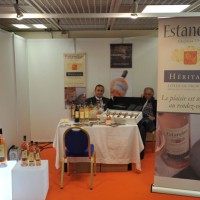 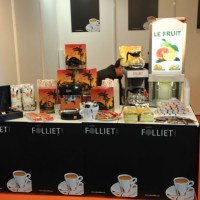 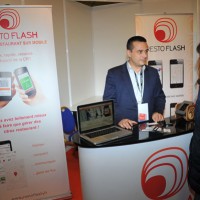 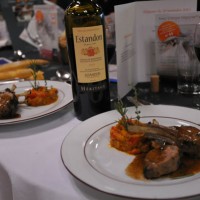