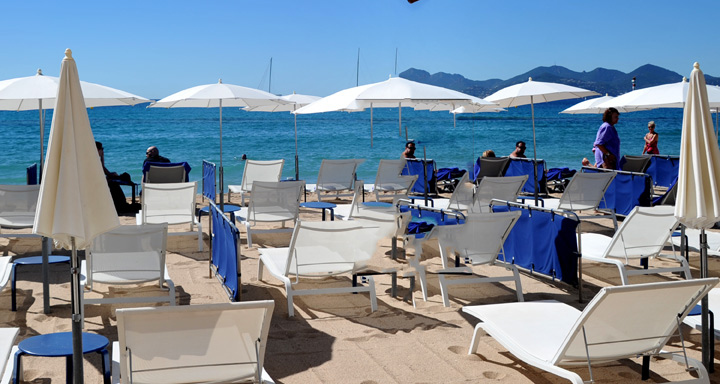 The UMIH National Congress in Cannes (November 25 to 28) was an opportunity to reaffirm the demand of relaxation of the “Beach Decree” of 26 May 2006, which, unsuited to the French Riviera, would put the jobs at risk.

Beach Decree of 26 May 2006 generalizes the obligation to dismantle, for the winter, beaches installations and equipment. With a turnover of € 17.5 million and a large number of local suppliers, the activity of beach restaurants has a significant impact on the local economy. The application of the decree is threatening the retention of jobs in local businesses.
The decree provides for the reduction of 15m linear by concession, resulting in the loss of 80 mattress by concession for a total loss of 1,200 mattresses. This will result in a loss of 13 % of the total beaches turnover, a loss of 45 jobs, that is 10% of total employment. All this will create a risk of visitors’ dissatisfaction.
The National Federation of Beaches Restaurants, founded in 1999, which includes professionals beach operators, was not involved in the preparation of the Beach Decree. Upon its release, the FNPR attacked the decree before the Council of State, the imposed obligations being not suitable to the profession or to the elected officials responsible for implementation. FNPR is now chaired by René Colomban. The Federation recalled the role of beach operators in the economic vitality of coastal tourism and alerts on jobs threatened by the application of a decree designed at national level but unsuited to local conditions.
Many beachesm become famous, are threatened, when they belong to the tourism assets of the French Riviera, like beaches Paloma in St Jean Cap Ferrat, Marco Polo in Theoule, Tetou and Nounou in Golfe-Juan, as well as Eden and the Mala Reserve in Cap d’ Ail. The beaches in Cagnes sur Mer, built in 2010, should also apply the 2006 decree and in particular, the obligation to dismantle their structures at the end of season. Otherwise, they are exposed to sanctions by State services.
In the longer term, all the Maritim Alps beaches-restaurants are affected by the application of this decree, upon renewal of their concessions: Antibes, Cannes, Nice.

The Nice Côte d’Azur Chamber of Commerce and Industry intends to support these key economic actors of the territory alongside the National Federation of Beaches Restaurants.
Bernard Kleynhoff, President of the CCI Nice Côte d’ Azur said: “The application of this decree will impact economic activity and employment of Maritim Alps beaches, which may lead to the disappearance of many beach restaurants in Riviera beach by 2018. Today, the situation is becoming untenable for some establishments which, by the 2006 laws change, became outlaws, and are subject to contraventions for violations and demolition.”

Rudy Salles, MP and Deputy Mayor of Nice in charge of Tourism said: ” The 2006 Beach Decree is a decision taken by the government. But the government was ill-advised to make an decree on the beaches, this problem should have required a solution at prefectural level, closer to the ground. The French Riviera is an exception in the French countryside, we can not compare the beaches of the Côte d’Azur and the coast of the Landes, it has nothing to do. We are part of urban tourism, we do not harm the environment, we are in town.” He added: “A decree is applied in which the French Riviera was not taken into account. Nice beaches are treated in the same manner as the Atlantic coast. This jeopardizes economic activity, tourists are bound to the beaches.

The National Federation of Beaches Restaurants doesn’t call into question the entire “Beach Decree” but condemns its too restrictive aspect and predictable adverse effects of its application to the tourism economy and employment on the Mediterranean coast.