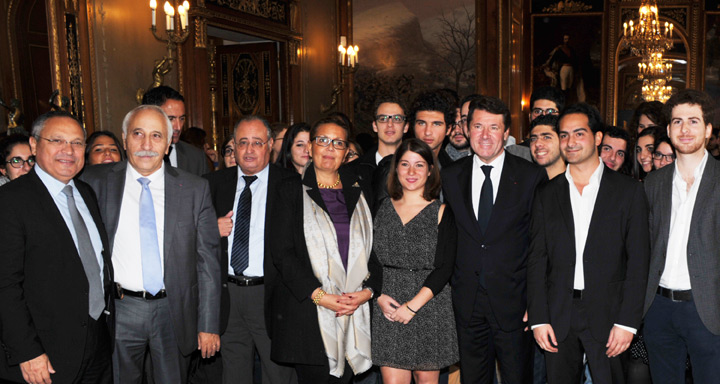 Union of Jewish Students of France Congress in Nice

On November 8, 2013, the city of Nice has welcomed at the Villa Massena members the Convention of the Union of Jewish Students of France (UEJF) and its congress, which took place from November 8 to 11, 2013.

Mr Christian Estrosi, Deputy-Mayor of Nice and President of the Nice-Cote d’Azur Metropolis, hosted the delegations, surrounded by numerous personalities including Mr Jonathan Hayoun, National President of the Union of Jewish Students of France, Mr Sacha Reingewirtz, elected President of UEJF, Miss Sharon Orvieto, President of the Niçoise UEJF section, Mrs Martine Ouakine, Deputy to the Mayor, Mr Lucien Samak, First Vice-President of the Consistory of Nice.
On the occasion of this 34th UEJF Congress, the new board was elected. Indeed, the mandate of the current President of UEJF, Jonathan Hayoun, ends on 23 December, and he will be replaced by the new elected President, Sacha Reingewirtz.
The Union of Jewish Students of France was born on the initiative of a group of Jewish students led by Dely Tecuciano, who, at the end of the Second World War, were mobilized to enable young deported back from the camps of death to reintegrate into society by recovering their rights of students.
Less than twenty years later, the UEJF, continuing its social role, was actively involved in the integration of French Jews from Algeria in France, returning in 1962. Today, the UEJF is mobilizing volunteers, effective solidarity and concrete presence in the field, which is one of the strongest imprints of the UEJF identity.
The Union of Jewish Students of France currently has more than 15,000 members. The Section of Nice, chaired since November 2012 by Sharon Orvieto, a student in Economics aged 20, currently has 70 members.
Its members are involved in the transmission of the memory of the Holocaust, the defense of the state of Israel in the world, and they fight against racism and anti-Semitism in higher education as well as outside. They keep a permanent eye on social networks such as Facebook, YouTube or Twitter, struggling against the flaws of these service providers that do not have a filtering mechanism, and report on anti-Semitic and xenophobic content.
They do not hesitate to file a complaint when necessary to protect Jewish communities around the world and thus, are the guarantors of their security.
During his speech at the ceremony, Deputy-Mayor Christian Estrosi recalled that in 2003, in collaboration with Martine Ouakine, he created the first Memory trips as President of the General Council of the Alpes-Maritimes: educational trips to Auschwitz-Birkenau for students.
These Memory trips left a deep impression on a generation of teenagers, transformed by the discovery of a barbarism which only man is capable of. Even more essential today, as the recent survey by a large institute, organized by UEJF established that a majority of young people say they do not have heard of the Vel d’Hiv roundup of July 16, 1942 in Paris (operation that sealed the collaboration of the Vichy government with the German occupiers). 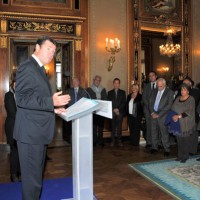 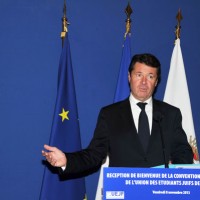 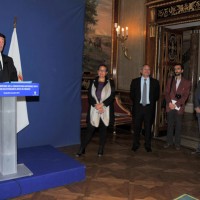 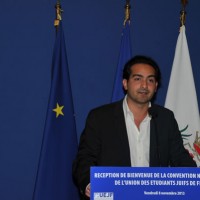 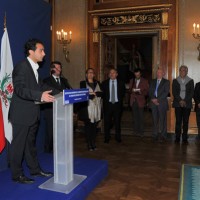 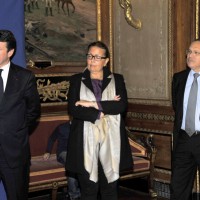 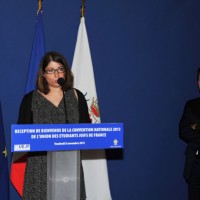 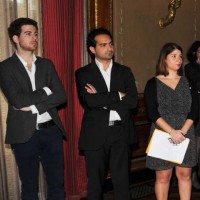 Union of Jewish Students of France Congress in Nice was last modified: November 20th, 2013 by tamel