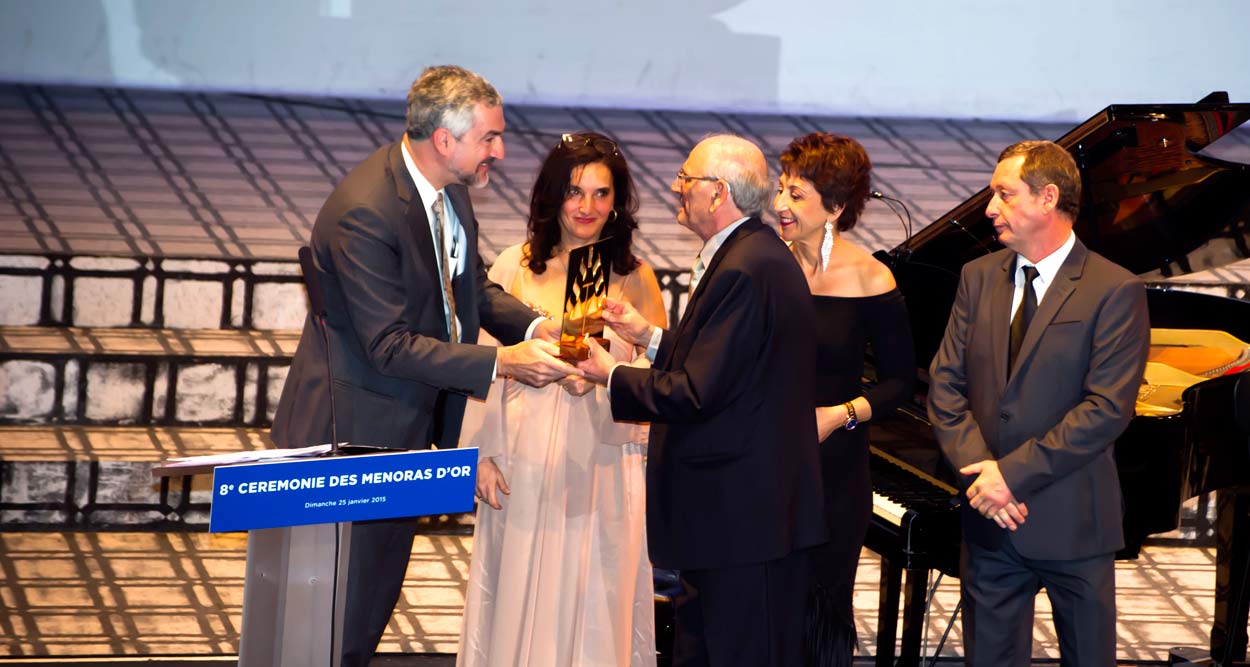 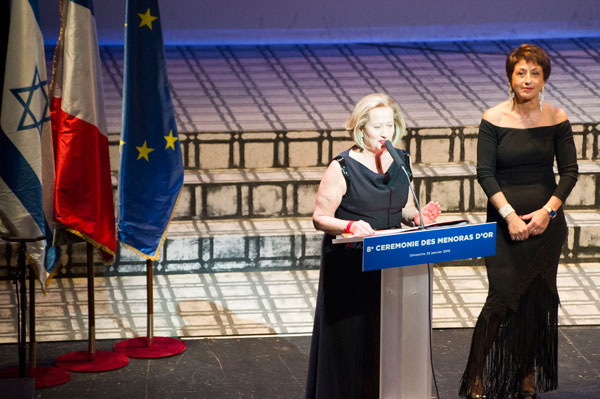 The 8th Menoras d’Or prize-giving ceremony took place on January 25, 2015 at the Nice Opera under the honorary chairmanship of Christian Estrosi, MP-Mayor of Nice.

Founded in 2003 on the initiative of Alain Cohen, president of the Association Les Menoras d’Or (Golden Menorahs), to celebrate the 20th anniversary of the B’nai B’rith Association, the prestigious Menoras d’Or honors men and women, mostly non Jews, who by their courage and determination have worked for the defense of tolerance, friendship among Peoples and fought against racism and anti-Semitism. The  Menoras d’Or giving ceremony included many speeches about the threats on the Jewish community and Israel and was peppered with high-level musical entertainment.

The ceremony hosted by Brigitte Tanauji Dahan, was opened by Monique Kourcia, President of the B’nai B’rith Association Moshe Dayan, who reminded that since time immemorial, the Jews has been some “Charlie”.
Explaining the objectives of the association, she stated that most of the benefits of this Evening were donated to the Niçoise Association MOZAHRT (Musique Ouverte aux Z’enfants et Adultes Handicapés ou Rencontrant un Trouble de la santé), which works to help children victims of disabilities.
A minute of silence was later observed in memory of the recent victims of the jihadist barbarity in Paris.
She them welcomed on stage Christian Estrosi who was awarded a Menora d’Or in 2005 and received a standing ovation from the audience. 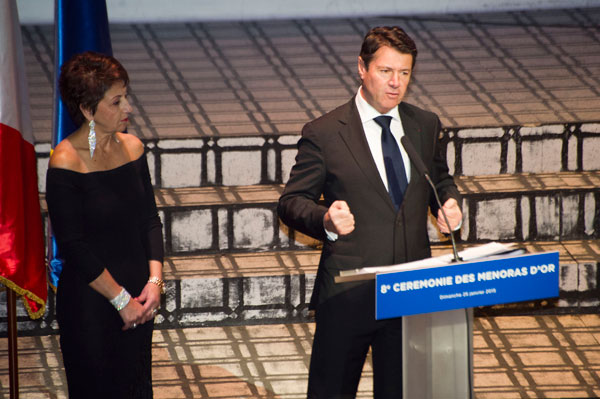 Christian Estrosi highlighted the commonalities between the tragedy of the Second World War and the Final Solution implemented by the Nazi regime and the barbaric acts committed in the Paris region, against journalists, against freedom of expression, against the forces of order and against the Jewish community.
These similarities are the intention of stifling free speech, the outburst of anti-Semitism and hatred of the other and the appalling, always at work, determination to bring down our heritage of the Enlightenment philosophers: tolerance, respect for others, the faith in progress and knowledge.

Shed light on the path of men

Christian Estrosi said: “Jews and the French Republic are writing a long and beautiful story that must continue. The values of peace and tolerance of Judaism are ours. Fighting anti-Semitism without weakness as you do and as I am also doing in my city and in the Parliament, is a duty, our common duty. Each French, whatever their beliefs, must carry this message.”
He concluded his remarks with these words: “The Menoras d’Or not only reward a commitment and a succession of actions: the light they diffuse shed light on the path of men!” 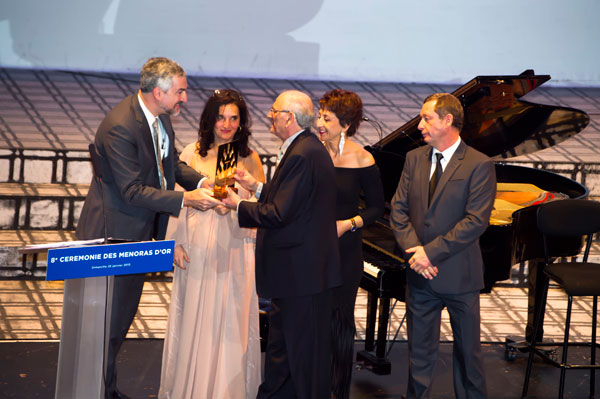 Seven personalities received a Menora d’or, a sculpture created by the late Sacha Sosno, who was paid tribute through a film showing most of his creations. Each of the recipient was introduced by members of the B’nai B’rith Association.

Each of the recipient said their emotion to receive such a prestigious award and described their life course, their work expressing their attachment to the values of Judaism or the state of Israel. In the speeches, they opposed the light of the Menoras d’Or values against the absolute evil of islamic extremism. 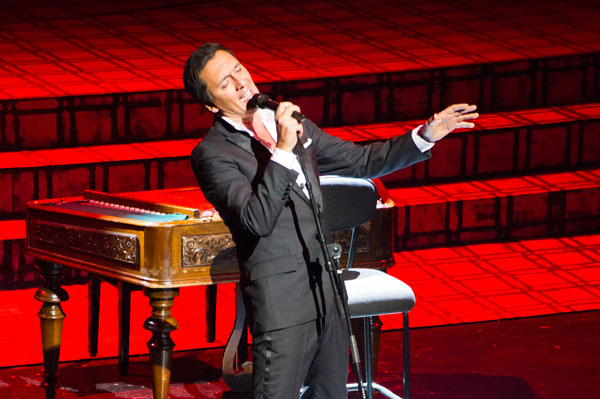 The musical entertainment part of the prize-giving ceremony was provided by very talent artist who delighted the audience. The soprano Candice Trojman and the pianist Jonathan Benichou gave a recital, the Sirba Octet Group, composed of outstanding musicians from the Philharmonic Orchestra of Paris, performed a concert of music Kleizmer. The evening was close up with the charm, dynamism and talent of crooner Dany Brillant.

The best of men

Since 2003, the Menoras d’or are upholding the values of the oldest Jewish association, the B’nai B’rith, with a sustaining success. For a simple reason: the event is highlighting the ultimate beauty in men: solidarity, brotherhood, tolerance, respect, generosity, friendship, some values a set of spiritual values shared widely across the whole world. But these values must be defended daily, protected from their enemies that are fanaticism, racism, indifference… 500,000 members of the B’nai B’rith from 50 different countries provide a solid rampart against them with their heart and soul. 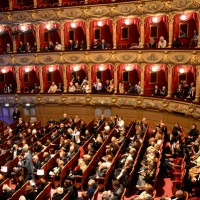 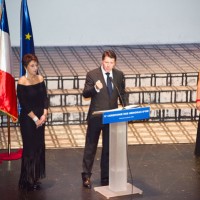 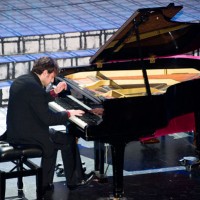 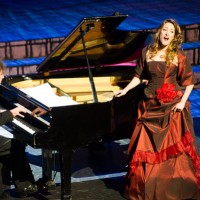 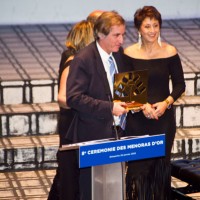 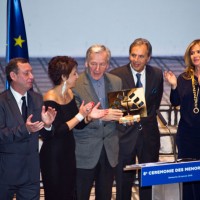 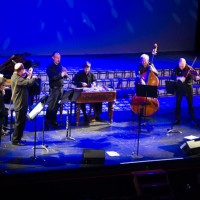 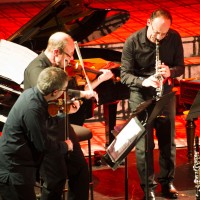 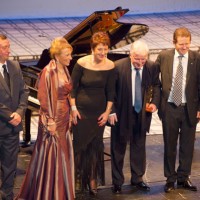 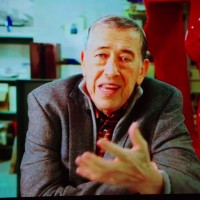 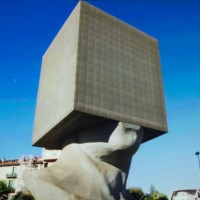 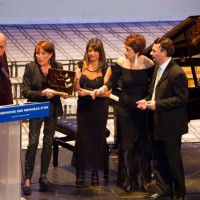 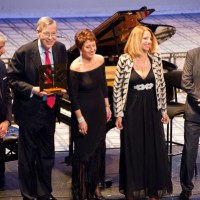 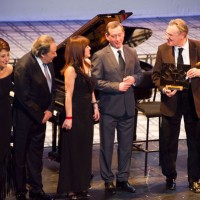 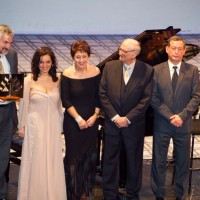 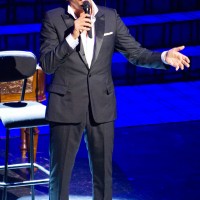 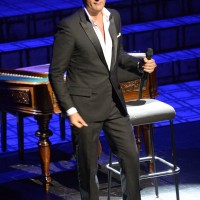 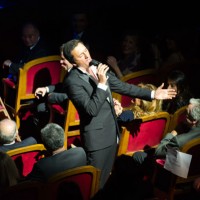 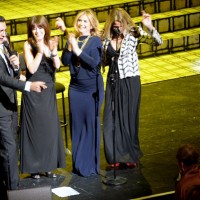 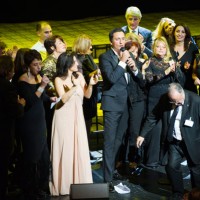