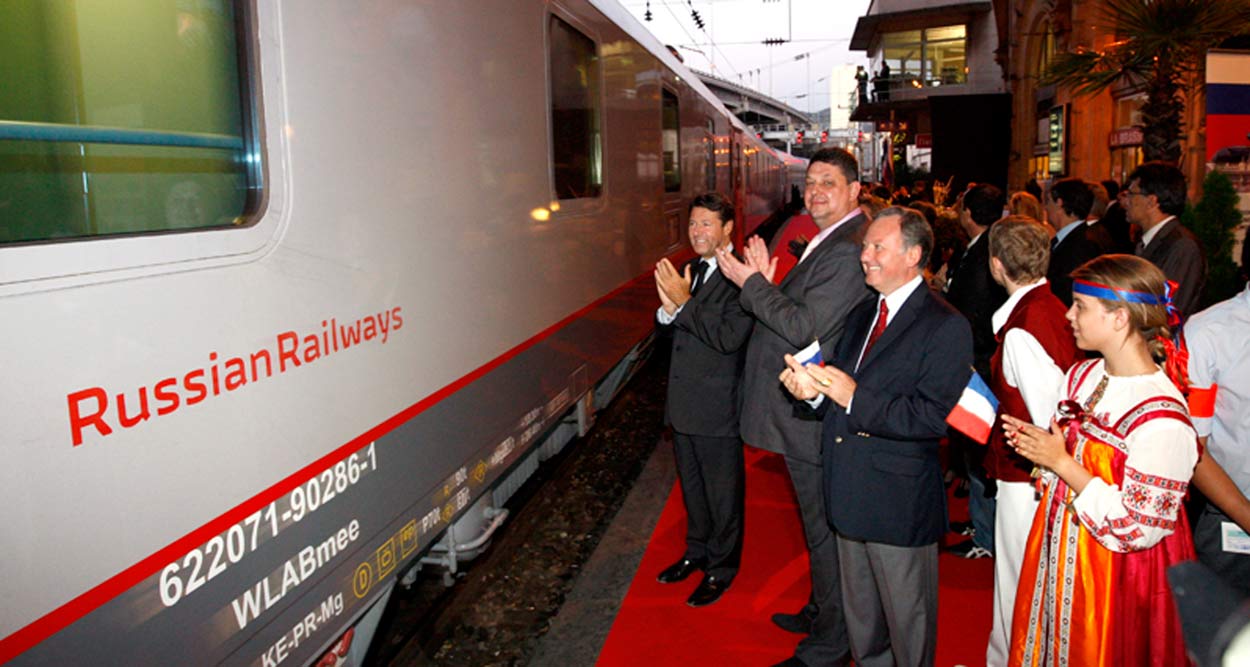 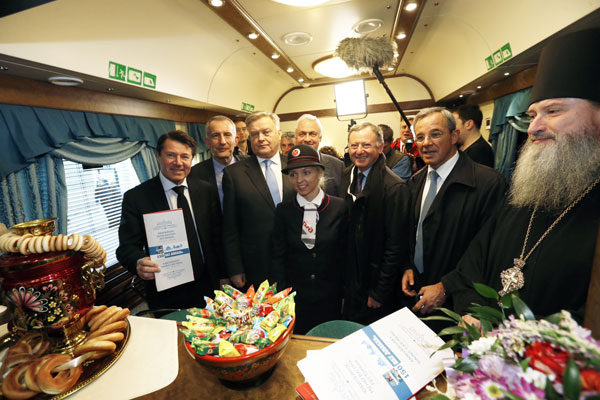 Officials in the Rivera Express

The Riviera Express connecting the Baie des Anges and the Red Square, crossing 5 countries in two days and offering to slowly discover the beautiful Europe, is celebrating five years.

The railway link between Nice and Moscow is historic because between 1864 and 1917, a train was linking the capital of Russia to the capital of the French Riviera to bring to the South of France a part of the Tsar’s court and the Russian aristocracy of the nineteenth century. The Russian Cathedral in the city testifies that Nice was already the favorite Russians’ resort.

On September 23, 2010, the renewed Nice-Moscow railway route was inaugurated, following the route that connected Russia with Southern France in the nineteenth century and a part of the iconic Orient Express route. With a length of 3 315 km, Moscow-Nice is one of the longest transeuropean route.
Today, the 7,000 passengers per year of the Moscow-Nice travel the 3,300 km through 5 countries – Italy, Austria, Czech Republic, Poland, Belarus – within 50 hours, stopping in 29 cities including Minsk, Warsaw, Vienna and Genoa. The Riviera Express line carries out one liaison a week, during which the passengers can admire the tiled roofs of Czech houses, the gorgeous Vienna architecture, the Austrian Alps with medieval castles, the vineyards in Italy and after Genoa, the route goes along the fascinating Mediterranean Sea. 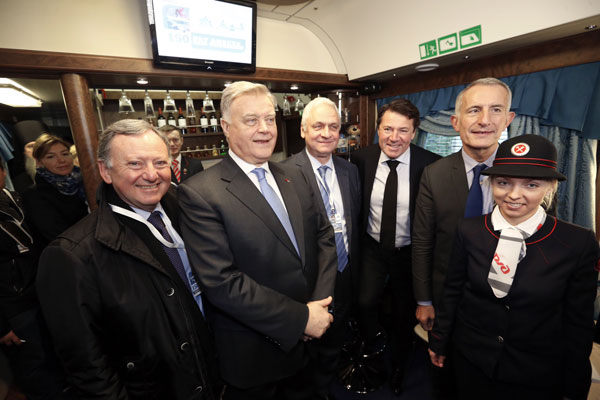 On the occasion of the milestone of 150 years of Franco-Russian friendship, Christian Estrosi, MP-Mayor of Nice and President of Nice Côte d’Azur Metropolis and Rudy Salles, MP and Deputy Mayor of Nice, welcomed in the Gare de Nice Vladimir Yakunin, President of Russian Railways (RZD) and Guillaume Pepy, Chairman of SNCF at the arrival of the Riviera Express train to visit the new luxury train cars.
Since 1997, Nice is twinned with Saint Petersburg and  the number of Russian residents on the French Riviera is now estimated at 2,000 and 300 secondary residences belong to Russians. June 2013 saw the creation of the first Russian Film Festival in Nice

Christian Estrosi said: “By choosing Nice as the terminus of the line, the Russian railways reaffirmed the close ties that have been linking Nice to Russia for over 150 years.” He also stressed that “in a sustainable development perspective, the train is the most environmentally friendly means of transport of the planet, and the train like the Riviera Express is much more suited to the natural rhythms of people and enables a real discovery of the landscape, a real trip!”
For the MP-Mayor of Nice, this mode of travel must be developed if we want to give back the French Riviera its dimension of exceptional destination.

On the forecourt of the station, the public can discover the photo exhibition on railway projects carried out for the Olympic Games in Sochi.