This is the first TV role of this former model, still just as beautiful, who so many times lit up the big screen with movies such as Greystoke, Green Card or Four Weddings and a Funeral. At 55, sacred star in the 90s by romantic comedies and the face of L’Oreal, embodies in the Cedar Cove series the role of Olivia Lockhart, the judge who presides at the municipal court of the pretty small coastal town of Cedar Cove.
The judge not only seeks to bring law and order, but also ensures the well being of the citizens, and does not hesitate to fly to their rescue in difficult situations. At her side, actor Dylan Neal, in the role of Jack Griffith, plays the role of a dashing editor of the local newspaper in the city, divorced and recovering alcoholic. After their encounter, he will be a turning point in her life and will push her to look at things in a new light.
A nice duo both glamorous – he’s ready to die forher – and she does not not hesitate to bend the rules to help his neighbor. The duo has attracted more than 10 million American viewers with this serial story centered on the lives of the inhabitants of the small town of Cedar Cove.
At the photocall organized by the MIPCOM, the actress enhanced by a sumptuous red dress with dizzying neckline, created by hermere presence, a wave of excitement among photographers. The Belle played before lenses while cameras crackled to no end, offering her sculptural and sexy body for a few minutes.
All agreed in saying that these moments of intimacy with the actress would remain a special and unforgettable moment in their career as a people photographer. After the posing session ended, the couple sped straight to the press conference, where many eager and curious journalists had gathered to see and hear the star, her companion and Hallmark Chanel representatives.
To justify her first television role, the star said at the conference: “There are major producers, directors, actors and creativity to work in television. This broadens horizons and it’s nice, because you can bring it all to the public directly at home.”
Andie MacDowell radiated the very evening in a beautiful gray satin dress on the arm of her partner Dylan Neal on the MIPCOM 20013  Opening Party Red Carpet.
Cedar Cove is based on the eponymous series of books written by Debbie Macomber in the U.S. The family-type series includes 12 episodes of 46 minutes. Given the huge success of the series, Hallmark Chane has renewed it for a second season and maybe, will it found a French broadcaster at MIPCOM in Cannes.

Andie MacDowell started her career as a model and posed for Vogue, and other advertising campaigns for fashion designers such as Calvin Klein, Yves Saint Laurent, Gorgio Armani… She then turns to the 7th Art.
Its very noticeable performance in Sex, Lies and Video by Steven Soderbergh, Palme d’Or at Cannes in 1989, earned her an Independent Spirit Award for Best Actress, Best Actor of the Los Angeles Critics and was nominated at the Golden Globe.
Her role in Green Card (1990) with Gerard Depardieu earned her a second Golden Globe nomination.
She eventually finds her recognition as a star in the 1990s with romantic movies: Groundhog Day (1993) by Harold Hamis, Four Weddings and a Funeral (1994) by Mike Newell, alongside de Hugues Grant, for which she gets a third Golden Globe nomination for Best Actress in a musical or Comedy.
In 1997, she received an Honorary César and the price of the Goldene Kamera for her entire career. 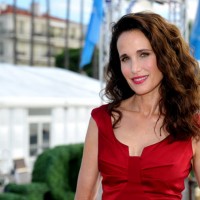 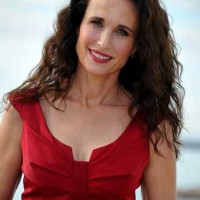 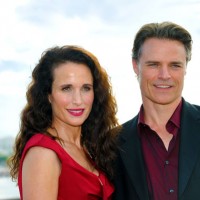 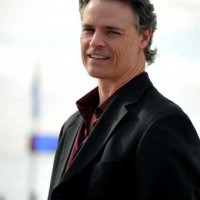 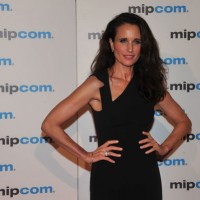 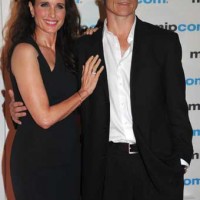 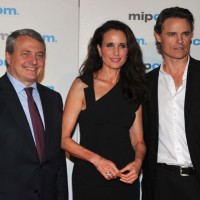 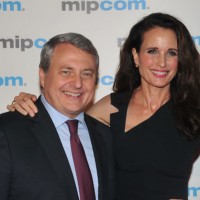